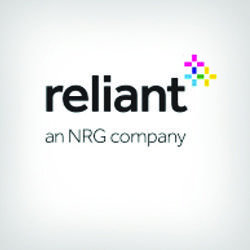 star star star star star_half
2 User Reviews
Good
Bad
Bottom Line
Reviews
Write a Review
error This company may not service all states.
See states serviced
LAST UPDATED: July 22nd, 2019
Reliant Energy Retail Holdings, LLC is a Texas-based de-regulated energy company that provides fixed and variable-rate electricity to most major cities and communities in the Lone Star state. With the option for customers to lock into a fixed or variable-rate that is derived from solar, wind, or nonrenewable energy sources, Reliant provides a wide range of electricity plans to choose from. Customers can even receive a free pair of Justin boots when they sign up, with some packages coming with signed Dallas Cowboy gear/event invitations. 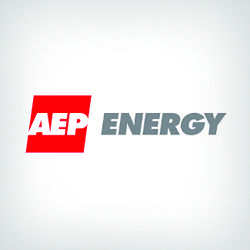 Electricity rates from Reliant come in under nationwide averages and are lower, if not comparable to similar plans offered in Texas. With an average fixed-rate of 9.4 cents/kWh and average variable-rate of 8.9 cents/kWh, Reliant provides a competitive rate whether you choose a fixed or variable-rate plan. For households that utilize more than 2,000 kWh/month, rates can dip as low as 6.5 cents/kWh. Keep in mind that plans come with a base monthly charge in addition to energy usage. Reliant plans average a monthly charge of $6.95. A $5.25/month delivery charge (cost to transmit the energy from their plant to your home) may also be assessed, depending on the plan.

Flex Plans with No Long-term Contract or Cancellation Fee

Customers who prefer not to be locked in for a set term are able to choose the Reliant Clear Flex plan, which is billed month-to-month and does not have a cancellation fee. This plan is available for 8.9-11.7 cents/kWh, depending on the volume of energy use (2,000 kWh down to 500 kWh/month, respectively). The monthly usage charge for the Flex plan is $9.95, which is three dollars more than the contracted plans, but that is a small price to play for utility flexibility.

Reliant offers a Solar Sell Back Plan that allows a customer to utilize solar energy, with automatic sell-back of excess energy produced by their solar panels. Excess energy is sold back at the same rate as it is purchased by the customer (electricity: 9.9¢/kWh; wind: 8.4¢/kWh), which can lead to a much lower monthly bill for customers who choose this option. The plan is good for 12 months, and costs $150 to cancel. There is no monthly base charge for this plan.
thumb_down

Reliant can be found in many of the major cities in Texas, including: Dallas, Ft. Worth, Arlington, Waco, Houston, and Galveston, just to name a few. Some of the notable omissions from Reliant coverage do, however, include Austin, San Antonio, Amarillo, Lubbock, & El Paso. Most rural areas also lack utility coverage by Reliant.

With ten different plans from four different categories, plan selection can become confusing. Each plan differs in its fixed/variable energy price, with the discrepancy in rate being adjusted based on the contract term and cancellation fee associated with the plan. The most cost-effective plan averages 6.5 cents per kWh (assuming your home uses more than 2000 kWh/month), and comes with a 6-month term and $75 cancellation fee. The next plan up averages 7.7 cents per kWh (a 1.2 cent increase per kWh) but it has a 24-month term and a $295 cancellation fee. Each plan has a monthly fee of $6.95. So which plan do you pick? The cheapest plan seems to make the most sense; though when a customer selects a plan with a set term, the rate is fixed for that term, which protects customers from having their rate increase over the course of that term. Promotional plans are also available, but their contract terms, cancellation fees, and average cost per kWh are higher than standard plans, and the only perceived benefit is a free first month or an autographed football.

Some Plans May Require Undisclosed Deposits

In addition to the difficulty in selecting a plan, many plans have associated deposits that are not listed in the plan details. These are briefly addressed in Reliant's FAQ section, but with no added transparency provided.
gavel

For customers seeking utility service that can be selected on their own terms, Reliant provides a great selection of plans and energy sources, including: solar, wind, and fixed-term rates. If the undisclosed deposits/installation fees match up with the savings we see in these plans, then Reliant can be a great choice as a de-regulated energy provider.
Was this content helpful?
thumb_up Yes thumb_down No
border_color Write a Review

I have Reliant at two different apartments and I am pleased with everything by them. The rates are decent and comparable to other energy providers. Keep in mind their rates change pretty frequently and you might want to call in every now and then to make sure you have the lowest rate. Also, keep in mind when your contact is up you need to look up see if there is a lower rate. They may even bump you to a higher rate. The app is nice and very easy to use. You can see how much energy you use each day and easily pay bills on it. Their customer service has been polite and professional. I know a lot of people have plenty of bad things to say about energy providers but no complaints here. If you want you can use my ref ID and it will give you $75 credit if you end up using them. JKNPSS3

They do a very good job and help us when needed