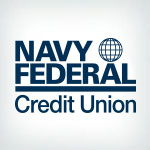 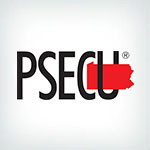 The Navy Federal Credit Union was established over 80 years ago and has grown to over five million customers. Clearly, this credit union is just as strong as the military clients it serves. Probably one of the best benefits of being an account holder is the discounted, member-only specials made available often.

Navy Federal Credit Union's membership is limited to active service men and women, their families and those civilian workers for the Department of Defense. Retired servicemen and women are also eligible. Family members of the credit union are also eligible, including grandparents, grandchildren, siblings, children and parents. Not having limitations according to where you live is a big bonus as most credit unions do limit their membership according to residency.

Interest rates on personal and auto loans are rewarded with fair to above average interest rates. Navy Federal's auto loans range from 1.79-5.89%. We find these to be good rates even though there are a couple other credit unions that have slightly better ranges. Still, Navy Federal is very competitive in the auto loan rates. What really puts Navy Federal at the top is their rates for personal/unsecured loans. Members can get rates starting at 6.99% which is one of the best rates in the industry. If you are looking for a loan in this area, it's hard to find others better than Navy Federal Credit Union.

There are more than 31,100 ATMs that offer fee-free usage throughout the United States. The majority of these are CO-OP and MoneyPass ATM servers. This is tons more than other credit unions offer. The chances of someone finding an ATM location nearby is high which will score convenience points with their members.

Navy Federal Credit Union also scores well with their mobile banking technology. They offer their customers who have accounts with a mobile app, mobile check deposits and mobile wallet features. You will find that a lot of other places do not offer all of these great perks, most only offer one at most. Another great thing about Navy Federal is that they have moved over to using EMV technology which offers customers extra secure transactions when using their debit cards.
thumb_down

With the fair to above-average interest on the credit union's available loans, it doesn't seem quite fair that membership isn't open to everyone. Aside from that, the Navy Federal Credit Union appears to have almost everything in order.

Even though Navy Federal's loan rates are great, their account rates suffer. They only offer 0.25% APY on checking accounts and 0.40% on savings accounts. With how good their loan rates are, we would assume that they would offer good rates for accounts as well. This is clearly not the case. Navy Federal falls far below the average in account rates in both areas. Since a lot of people look to these rates when looking for a credit union, their Overall Score takes a big hit.

Navy Federal Credit Union does have a handful of locations and branches, but there is no specific number listed on their website. This makes is hard to compare to other credit unions. We recommend that members enter in their specific location through their website to find the nearest branch. We assume they offer a lot of locations because of the number of ATM locations, but because they do not list the information, we cannot score them accordingly. Also, one feature that is beneficial to customers is something called Overdraft Protection. Many credit unions offer this for free and unfortunately Navy Federal does not. This saves a member money if there aren't enough funds in one account for a transaction.
gavel

For over 80 years, the Navy Federal Credit Union has been providing solid services to over five million customers. That record really speaks for itself. Rather a member of the armed services, a retiree from the branches, or a family member of active or retired duty, the Navy Credit Union is a great option for most banking and financial needs. With over 30,000 fee-free ATMS available, rest assured that withdrawing money won't cost any fees. No matter where you travel or are stationed, a surcharge-free ATM is likely just around the corner. However, there is still a lot of room for Navy Federal to improve, especially in their interest rates for accounts. But if this isn't a focus for signing up, Navy Federal is a good credit union to consider.
Was this content helpful?
thumb_up Yes thumb_down No
border_color Write a Review

Navy Fed has always treated us fairly and like valued members. They don't skimp on discount value. There are plenty of savings opportunities with this credit union. From free checking, to low fees, and great loan rates, It is absolutely my best credit union I have ever used.

We trust Navy Federal Credit Union and have for more than 25 years. They offer great services to members of the Armed Forces. This is the place that I trust my money. They offer great customer service options for service members at home or abroad. Thank You for your many years of amazing service.

Navy Federal is a great credit union! They offer so many great benefits to their members with a strong push to help everyone become financially independent.

Best customer service and most knowledgeable staff I've ever encountered. Better than any bank i have ever used.

Great customer service- if I have any questions or problems, they are always super friendly and willing to help