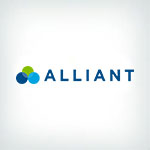 Alliant Credit Union is an established, 80-year-strong company, with headquarters located in Chicago. With more than 45 locations nationwide, members have a few specific ways to become members. There are some specific companies, organizations, and associations that allow new accounts within the credit union.

Where Alliant Credit Union thrives is in the smaller details that people call perks. They may not be noticeable on the surface, but after doing the research you will find that these perks can benefit customers in a lot of ways. Here are some of the things that customers enjoy the most:

Alliant Credit Union has more than 45 branches in the Chicago area which is great for members in the area. This also scores higher among most other credit unions that may only have half of the locations available. Even better, there are several more ATMs spread throughout the country with Alliant. There are more than 80,000 fee-free ATMS. This is the highest number of ATM machines that we have seen credit union members have access to. If cash is drawn from a machine that isn't fee-free, Alliant will reimburse ATM fees each month, up to $20.00.

Alliant Credit Union offers mobile features that help members save time. For example, Alliant offers a mobile app, mobile check deposits, and mobile wallet features. Several credit unions do not offer all of these options. We find that Alliant Credit Union is one step ahead in providing the best mobile financing features for their customers.

Living or working in the Chicago area will automatically qualify you to join Alliant Credit Union. You can also become a member if you are an immediate family member of an existing Alliant member to an existing member, employee or retiree of a qualifying organization. Another way memberships are available is if you donate to Foster Care to Success. This will make you a member of a "qualifying organization" which will in turn also qualify you to apply for Alliant Credit Union. The only criticism customers have complained about is that there is no list of "qualifying" companies, organizations, and associations through the Alliant website. Instead, potential clients are prompted to supply their company's name to see if they are eligible to apply.

With all of the great features Alliant Credit Union offers, they fall short in a couple of areas. Where Alliant Credit Union can improve the most is within their financial services. This has the most weight when ranking companies (since it is the credit union industry), and if their rates aren't the best then their ranking will fall down with it. Alliant Credit Union is still a good choice, but in order for them to be one of the best choices, then need to reevaluate especially their rates they offer their customers.

Most of the major rates they offer aren't the most competitive. Even though they might not be the worst rates we've seen, we definitely see that there can be some improvement in this area. For example, the checking account rates are 0.65% which we don't see as either really good or really bad. Instead, this is an average rate you will probably be able to find at several other credit unions. The same thing will apply for Alliant Credit Union's auto rates, which start at 1.99% minimum, and person/unsecured rates, which start at 11.90%.

With all of the fraudulent activity happening with stolen identification and credit card hacks, the industry has moved to securing transactions more. They implemented EMV technology which is the small chip you will see in some cards. This is supposed to limit the number of fraudulent transactions. Several financial institutions have adopted this new technology, especially for debit cards. Alliant Credit Union is one of a handful that has not yet. Potential customers can view this as a huge potential setback when comparing to other credit unions.

Also, a nice perk that many credit unions are implementing is overdraft protection. This allows funds to be moved over from one account when the other does not have the sufficient amount. Alliant does not offer this feature. Instead, when a customer doesn't have enough, they will be charged the $25 overdraft fee each time this occurs.

Alliant Credit Union is a credit union that currently sits in the top 10 with other great credit unions. Their negative traits are minor and only seem significant if you are specifically looking for a credit union that offers one particular feature. The membership eligibility and number of locations and ATMs show that they are a popular and top-choice credit union among consumers. They have a great savings account interest along with helpful mobile technology perks. We recommend Alliant Credit Union and the services they offer, we believe customers will not be disappointed with them.

I have been a member for over10 years . Within the last year have moved my mortgage to another resource with a better rate. Have a new auto loan while also receiving a rejection letter. Alliant is run by idiots.

I have great credit and was denied. They require you to make a donation to a charity, then deny your application. Not cool.

I understood to the best of my ability. I usually understand better in person about business situations.. I will say the representative that was suppose to come out the next day didn't show up or call me and I was told because it was our refrigerator /Freezer it was considered an emergency so they (SEARS) would be out here our home the very next morning to check it out and see about getting it fixed. Noone showed or called.We lost everything in the refrigerator /freezer. They had us scheduled to for Saturday 9-20--2016. 3 days later than originally promised.Needless to say we called another company to come out and they fixed the problem.