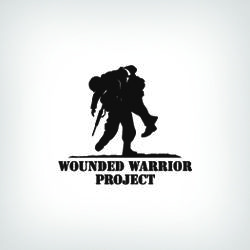 Wounded Warrior Project spent 5.8 percent of its annual revenue in 2014-2015 for administrative expenses. This percentage is comparable to many other organizations. Executive salaries have not been available since Steven Nardizzi's replacement as the director in March 2016. Mr. Nardizzi was reported to have a salary equivalent to 0.19 percent of the organization's expenses.

Wounded Warrior Project publishes its annual reports, consolidated financial statements, and IRS Forms 990 from 2006 to 2015. This information is somewhat more difficult to find than for other charitable organizations, but simple searches yield comprehensive and quick results.

Most charity watchdog organizations state that a minimum percentage of 70 percent of an organization's revenue should be used for its program delivery. Wounded Warrior Project reported that for the fiscal year end of September 30, 2015 the organization used only 59.9 percent of its revenue to provide programs for wounded veterans. This percentage is significantly lower than the minimum percentage considered to be responsible by watchdog organizations as well as being much lower than most charitable organizations. It is conceivable that with recent changes in hiring new executives that this performance metric might change, but at the writing of this review in September 2016, the changes are too recent to yield results, either positive or negative.

Donors receive regular updates via email, social media, and postal mail, if they provide the organization their email or postal address. Wounded Warrior Project relies heavily on fundraising for its annual revenue, so donors can expect to be regularly solicited for further donations. Some say that the communication is excessive. There are many anecdotal reports of people discontinuing their support of the organization based upon receiving repeated communication soliciting further donations and Wounded Warrior Project's high percentage of revenue being used for fundraising activities.
gavel

Wounded Warrior Project is an organization which has experienced significant changes in 2016. As such, much of the latest data available may not accurately illustrate the organization's current status or practices, particularly with its financial management. As such, it is reasonable to recommend that more time is needed to adequately monitor the organization as new data is reported.
Was this content helpful?
thumb_up Yes thumb_down No
border_color Write a Review

Having served in the military, having family that continue to serve and having family that have died while serving... This organization holds a dear place in my heart. I believe in providing for those Warriors that have returned home and that need help after sacrificing parts of themselves to live a "normal" life. Thank You Wounded Warrior Project for all that you do!

Excellent charity focused on helping our military cope with tragedy. They serve a grand purpose with their capable medical staff, active leadership raising awareness and crucial volunteer group. They are always improving the services they provide and greatly enhance the health of more military personnel and veterans. They are greatly responsible for the care of our heroes. And the Wounded Warrior project continues to improve on all counts.

Love this charity and the reason behind it. Their spending is quite high, so I know they need to revamp it so that most of the funding can go to help veterans, but they do so much to employee veterans and help them that I will always give to them. If their celebrity representatives would help them redo some of their structure, I think this could be one of the number one charities out there.

I am a veteran having served in both Iraq and Afghanistan. I have known many of my comrades who, having been wounded, were taken care of by the Wounded Warrior Project. Great organization taking care of our wounded warriors. Thank you!

My family was able to be recipients of Wounded Warrior Project. The money that was donated was used to help my family recover from a life altering change due to war. The charity helped my family in a hard time.

Wounded Warrior is a wonderful charity that is up for a great cause! I have bought several clothing items that support Wounded Warrior and will continue to do so. Taking care of our vets should be a top priority for us!

I always had good things to say about the Wounded Warrior Project. One of their employees sent me a pretty rude email one day and I emailed HQ to inform them that it wasn't appreciated. Was it addressed? I'm assuming not considering they failed to respond and I haven't seen the usual WWP email since. Instead of addressing their rude employees they just tell the veteran to get lost apparently. I wouldnt give a dime to them after how they treated me this last time.

All talk no help, one person spent an hour on the phone with my wife about her PTSD he said it was not severe enough to get treatment even with 4 years of issues her therapist was upset by this and wanted to talk to them directly we have been told that once an evaluation has been made it will never change. They did offered her a retreat for woman vets gave us the dates then nothing more did not return our calls or e-mail never received any info about the retreat other than the dates waste of time

The Wounded Warrior Project is so worth donating to. It's not much but it helps them so much. I like to know my money is being spent towards such an amazing project.

It bothers me that a charity organization pays its CEO $300,000 + annual salary.