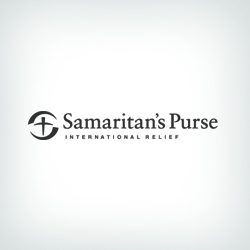 Samaritan's Purse was recognized by the Liberian government on the country's independence day. They were awarded the Global Image award and Officer Grade of the Order of the Star of Africa award for its role in assisting the Liberian government in its recent Ebola outbreak. Samaritan's Purse was the only international organization which was recognized with these prestigious awards in 2015. 2006 and 2015 Samaritan's Purse received Webby awards for its audio/visual communications. In 2006, the Webby was awarded to the organization for the best nonprofit/charitable organization category. Samaritan's Purse's winning presentation in 2015 was for a piece about the Sudanese people, entitled, "South Sudan - The Heartbeat of the Innocents."
thumb_down

In 2015, Samaritan's Purse used $23,643,532 for administrative expenses. Of that, $572,145 was spent on Franklin Graham's salary. This is equivalent to 2.4 percent of the organization's expenses. Franklin Graham has been reported to have received salary from his father's organization of near the same amount, which is related to Samaritan's Purse. After the first allegation of his salary from both organizations, a space of a few years passed with Mr. Graham not receiving a reported salary from his father's organization, which was resumed in 2012.

Most of the external criticism for Samaritan's Purse falls under one of two categories: the organization's most well-known program, Operation Christmas Child, or about its current President and CEO, Franklin Graham. Operation Christmas Child Since 1990, Samaritan's Purse has asked for donations of shoeboxes filled with items for children in developing countries to share at Christmas. This program has been wildly successful, as millions have worked to participate in the call. Operation Christmas Child, while popular, has been a source of several criticisms. Some allege that the proselytizing work which goes along with the boxes is unethical or against their personal beliefs. Others are not aware of the addition of materials which are religious in nature, specifically promoting the ministry of Franklin Graham and his well-known father, Billy Graham. Others have alleged that the program itself is flawed and undermines the local economies of the developing countries by taking possible business away from local and smaller shops. Some reports state that the toys and trinkets included in the boxes are things which the children don't need or are otherwise culturally insignificant. Finally, perhaps the most serious criticism of the program comes with allegations that it is covertly racist, with boxes showing a variety of children printed upon them, with stereotypical images of children of color. Some even suggest that the program itself is flawed in that it does not promote independence,but a dependency on outside help. Franklin Graham There are many who do not agree with Franklin Graham's (or his father's) interpretation of Christianity; however, there are more serious issues which have plagued Samaritan's Purse. Franklin Graham has posted anti-Muslim statements on his personal Facebook page, calling for an end to all Muslim immigration. He has also been quoted speaking anti-Muslim rhetoric, describing the religion as "wicked," and "violent". Many people object to the large salaries that leaders of charitable organizations receive. Franklin Graham has been reported to be drawing two large salaries, one from Samaritan's Purse and the other from his father's ministry, with the combined total being over $1 million. His salary from Samaritan's Purse is considerably higher than leaders in other charitable organizations.

Donors receive regular email and postal mail updates, usually additional fundraising requests. There are several people who have complained about the repeated solicitations from Samaritan's Purse. In fact, the only complaint which has been filed with the Wise Giving Alliance involved repeated attempts by an individual to remove their information from the organization's mailing lists which were unsuccessful. Samaritan's Purse maintains social media accounts with Facebook, Twitter, Google+, Pinterest, YouTube, and LinkedIn. Independent charity watchdog, Charity Navigator, has rated Samaritan's Purse with four out of a possible four stars. They also earned an overall score of 98.23 out of 100 for its financial disclosure and accountability.
gavel

The choice to support or not to support Samaritan's Purse is one which is dependent largely on one's religious and political views. Those who are in favor of more evangelical conservative Christian beliefs would possibly be more comfortable supporting the organization, while others may not feel the same. The organization lacks some transparency, which is unusual for charitable organizations, but not as uncommon for nonprofits which include active ministry in their programs.
Was this content helpful?
thumb_up Yes thumb_down No
border_color Write a Review

I have participated in Samaritan's Purse since I was a little kid and they have such a great mission. They send shoeboxes to kids all over the world to give them possibly their first and only Christmas present. My various sports teams or clubs would do packing parties where we would all bring in donated items and pack shoeboxes. We got to pray over every box before we delivered it to the packing warehouse. Samaritan Purse is all over the US and continues to grow throughout churches. I love what Samaritan Purse does for all of these children and I hope to one day travel with them when they deliver the boxes to the kids. Please go and support Samaritan's Purse because you can change a child's life.

I do not know a lot about Samaritan's Purse. I contribute to them whenever I can. Why? Because I see that they go everywhere and help as much as they can, and the help is significant. I understand those who do not want to give. When I was a young girl, our family home burned down and the Red Cross put us in a hotel. So I know what it is like to be without anything and to hunger. My family received help, when most needed. So we are required to give to help others. You do not need to know who is being helped. For it is better to give than to receive. I also want to say not to judge, as I have sowed my seed, and GOD has multiplied it above and beyond what I have expected, more than five fold. So give freely, expecting nothing in return and GOD who sees everything will see what is in your heart and he will multiply it unto you accordingly. If salaries disturb you, leave that to God as well, as those who are given must account to GOD for what they do with the money they receive. Account for yourself, and leave the rest to GOD. I will continue giving to whom GOD places in my heart. I personally cannot travel to so many place to give help, as I would love to. However SP can go for me. Many are suffering during this Pandemic, I have given and given and given what I can. I believe because of that GOD has protected my family and I, for we lack nothing even though we are unemployed since COVID. I give him all the praise and Glory to his kingdom. I am not a customer of SP, I am a giver. Amen.

WOW.... HURRICANE MICHAEL RESPONSE Samaritan's purse has been an organization I've supported in some way for about 20 years. But I have never seen their actions first hand. Anyone that does more then serve three people is bound to have some complaints because no one can be all things to all people. And no organization is big enough to be everywhere there's a need all the time. But the human needs after Hurricane Michael were real and immediate, on a life-threatening level for many people that just thought this was another average storm coming ashore. When they moved into Wewahitchka to serve the Gulf County area it was truly an incredible feat of coordination and effectiveness. I was blessed by not needing their assistance but I have personal friends that have benefited greatly from the love and service provided by Samaritan's Purse. I am seriously impressed and this organization is moving into the top of the charities that I'm willing to support. This kind of response and coordination does not come cheaply, and people that are capable of managing this kind of operation are able to command serious salaries in the private Market. No one should complain about what anyone in this organization makes as an income, because the amount of money that is given to actual programs is big as a percentage, and if anyone, as I've just learned through my own efforts, tries to help on a smaller scale it just costs way more money than it does going through an organization that is set up to be truly effective. Once again I have to say I am seriously impressed. Well done Samaritans Purse, and thank you for the blessing you have been my friends and our devastated region.

Samaritan's Purse has been in Jacksonville, AL now for several weeks assisting with tornado devastated areas. I have never seen an organization that does so much for people after a natural disaster! It is unbelievable to witness. They have worked so hard for everyone and do not discriminate on who they help. They are on the ground doing hard labor while other relief organizations just sit behind a desk and turn down requests for assistance. This is a wonderful organization!!

Samaritan's Purse came to our community after a tornado. I was able to volunteer a couple of days to help with cleanup. The SP operation was one of the most organized and compassionate that I have ever seen. Very efficient. I have donated, as able, to SP since that time.

At late notice, I was told about this organization and gladly accepted their outreach for volunteers to be dispatched in Fiji for 2016 Cyclone Wyston's aftermath. Seriously friendly people and amazing care for their volunteers. Follower of Christ, Josh.

My aunt and uncle work for Samaritan's Purse. The work they do is tremendous! They have a lot of integrity and love for the people they serve. Absolutely recommend this charity to anyone.

Very transparent company. Glad to see the openess of where your funds go as it makes you feel more confident. Great to see so much of the donated money actually help someone.

My wife and I donate to Samaritan's Purse every Christmas. They are a great organization and they support a great cause and help people who really need the support!

Samaritan’s Purse is a great charity! They truly are blessed and help whoever is in need.