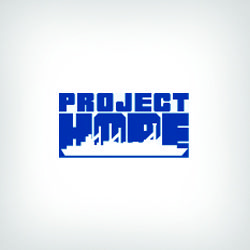 Charity Navigator reported that Project HOPE used 2.9 percent of its annual revenue for the fiscal year ending on June 30, 2015 for fundraising.

Unusual is the fact that Project HOPE has not been the target of investigations, inquiries, scandals, or controversies. The organization has maintained a history without having its name marred by allegations of improprieties. There are look-alike charities which are also called Project Hope (lowercase), or another similar variation of the name, both in the United States and China which have had some negative press, but Project HOPE is free from such. Scandals of Charities Overvaluing In-Kind Gifts Through the past decade, there have been multiple investigations which have shown that some charitable organizations have inflated the value of in kind gifts, particularly medications. By inflating the value of in kind donations, organizations are able to declare larger annual revenue in order to appear more successful, solicit higher donations, rank higher from charity watchdog sites by having the appearance of a more effective percentage of revenue being used for program delivery, and justify higher executive salaries, etc. Project HOPE is one of the few medical charitable organizations which publicly states how it prices its in kind donations of medication. Project HOPE uses pricing from the pharmaceutical industry-accepted Red Book, published by Thomson Reuters to value in kind donations of medications with the average wholesale price. Project HOPE supplied medication to Food for the Hungry for one of its programs, which was then greatly inflated by Food for the Hungry. The IRS then directed Food for the Hungry to amend its tax return to reflect this manipulation. Project HOPE has not been implicated in the investigations.

Donors or interested parties may receive communication from Project HOPE via email newsletter or its active social media accounts, which include: Facebook, Twitter, Instagram, Pinterest, and YouTube. Project HOPE regularly issues press releases or publishes in its blogs and newsroom, which give additional insights into the organization and its mission delivery. Donors can expect to receive frequent postal mailings soliciting donations from Project HOPE.

Project HOPE awards internal awards to its supporters and volunteers for their work. In addition to these internal awards, the organization has been recognized for its efforts in improving the health and well being of the world's population. The most prestigious recognition in recent years came from the government of Sierra Leone in December 2015. Project HOPE was given a silver medal to recognize the organization's work in Sierra Leone during the latest Ebola health crisis in the country. Project HOPE was one of 100 individuals and organizations recognized by the country's president, Ernest Koroma.
thumb_down

Project HOPE reported that administrative costs for the fiscal year end of June 30, 2015 were equivalent to 1.6 percent of its annual revenue. The organization's current president and CEO, Dr. John P. Howe III, had an annual salary of $754,883 for the same year, which is equivalent to 0.26 percent of the annual expenses. This salary represents a higher dollar figure as well as percentage than many similar organizations.

Project HOPE publishes its financial information on its site, which is easily found. Annual reports from 2004 to 2015 are available, as is the current IRS Form 990 return and consolidated financial statement. Unlike many other charitable organizations, Project HOPE does not publish past years' financial data. All financial information for past years reported by BestCompany.com has been taken from Charity Navigator, a respected independent charity watchdog organization. Publication of past years' data would improve Project HOPE's transparency.
gavel

Project HOPE is free of many of the controversies and scandals which so often beset charitable organizations. It reports a high ratio of program delivery to administrative expenses, which is an indication of a well-managed program. The organization could improve some of its transparency, particularly in regard to releasing and publishing past-years' financial information. The president and CEO has an annual salary which is considerably higher than those reported by other organizations with comparable annual revenue. Prospective donors should examine the positives of this organization to the negatives and determine which are more impactful to them.
Was this content helpful?
thumb_up Yes thumb_down No
border_color Write a Review