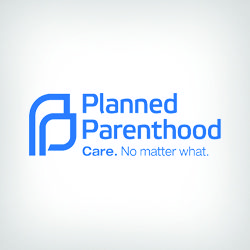 star star star star_half star_border
18 User Reviews
Good
Bad
Bottom Line
Reviews
Write a Review
LAST UPDATED: May 10th, 2022
Planned Parenthood Federation of America was founded in 1916 in New York City by Margaret Sanger. Sanger was a pioneer in women's health who worked to put birth control into the mainstream, allowing women to have access to information about their reproductive health. Sanger was also a controversial figure, given some of her views on race and voluntarily terminating pregnancies, particularly for minorities. The organization was officially named Planned Parenthood in 1942. Planned Parenthood Federation of America operates two headquarters, one in Washington D.C. and the other in New York City.

Planned Parenthood reported that 16 percent of its expenses for the fiscal year of 2014-2015 was used for fundraising activities.

Most charity watchdog organizations evaluate the percentage of a charitable organization's revenue above 70 percent as being effective program delivery and responsible fiscal management. Planned Parenthood Federation of America reported 74.1 percent of its revenue being used for its programs in the 2014 fiscal year, this is the last available financial information from the organization. While Planned Parenthood has reported an acceptable ratio of program delivery to income, it should be noted that most of the top-performing charitable organizations report program delivery percentages which are significantly higher, showing a more effective use of donated funds.

The Planned Parenthood Federation of America has published its last three annual reports and the organization's most recent IRS Form 990 (fiscal year end June 2015) return on its site, along with the most recent copy of its consolidated financial statement. Most nonprofit organizations are more transparent with their finances, with several years' of annual reports, Forms 990, and financial records on their websites. Planned Parenthood meets the basic requirements of being financially transparent, but is considerably less transparent than other organizations.

Planned Parenthood maintains a robust blog, information database, and active social media accounts from which the organization helps interested parties and donors stay informed about the latest news and developments. One can also sign up for updates via email. Donors can expect to receive more solicitations for donations sent to whatever contact information which they have provided to Planned Parenthood.
thumb_down

Planned Parenthood spent 9.6 percent of its revenue on administrative expenses for the 2014-2015 fiscal year, or $15,822,138. The organization's top executive, Cecile Richards, received an annual salary of $451,752 for the same time period, which is 0.30 percent of the organization's reported expenses. This percentage is slightly higher than that reported by the top-rated organizations.

The recent scandal involving the organization's alleged profits from selling fetal body parts and organs which were harvested from abortions has further polarized Americans on their personal stands about Planned Parenthood. There are several articles published about this issue, most of which are not unbiased and attempt to further arguments on either side of the issue. Those who are critical of Planned Parenthood accuse the mainstream media of whitewashing the scandal, while those who are in favor of Planned Parenthood criticized the coverage of the story as being false and inflammatory. After the video exposé of the Planned Parenthood Federation of America's officials negotiating prices for fetal body parts with an undercover individual, the organization received significant negative press. Planned Parenthood solicited George Soros and his organization, asking for $1.5 million to offset the negative press reports. The Washington Times reported that the investigation into fetal parts being provided to Washington University from Planned Parenthood was not thorough, and conducted in an unprofessional manner. The editorial board of the The New York Times went on to conclude that the videos had been doctored or edited in an attempt to misrepresent the organization's operations. Washington Deputy Attorney General, Paige Dietrich, requested documents from the University about its arrangement with Planned Parenthood to supply fetal tissue for Washington University's Birth Defect Research Lab, with assurances that the documents would remain confidential. After assurances that this would be the case, Ms. Dietrich surprisingly informed the University that the documents would no longer be needed. Shortly after the Deputy Attorney General's emailed statement releasing the University from providing documents, Planned Parenthood was exonerated in by the state of Washington for its practices. Critics state that the investigation was improperly managed with the result being determined by politics before the investigation was even commenced.

When I had no money and no insurance Planned Parenthood was there to educate me and provide me with medical care. They provided me with a way to afford birth control until I was able to get a job that had insurance. They provided care that allowed me to have dignity and to know that I was making good choices for myself.

Planned Parenthood is such a great organization, helping us stay safe and offering tons of family planning and guidance. They are experts at counseling, and showing you what options are available. They are honest, confidential and trustworthy with your personal information. They are a great asset to us!

Planned Parenthood is absolutely integral to women's health in the U.S. I donate monthly and have used there services multiple times as a young adult. I am now too old to get free care from them but I will continue to donate as PP is one of the more important organizations in this country.

I cannot recommend Planned Parenthood enough. Between access to contraceptions, variety in next steps once sexually active and further education to help create healthier and conscious based sex lives, it is a great blessing to many especially teenagers and young adults.

Planned Parenthood has been a great source of information and healthcare for those who are in difficult situations or cannot afford medical treatment. This organization has been especially helpful to a friend of mine, and without it her life would be very different. The workers are very nice and educated, and they really put their patients first.

Worst place ever wanted for over a hour in waiting room

An issue I have had with Planned Parenthood is patient privacy during the clinic visit. Both times I have had a clinic visit third party observers were in the room without my consent. This is an invasion of privacy and the doctors/ assistant should ask the patient whether a third party is wanted during the visit.

As a company that celebrates terminating the lives of unborn babies, and even selling the body parts illegally, I hope to see Planned Parenthood disappear completely. Their number one focus is on income from abortions, not helping or teaching women. The documentary "Unplanned" is worth watching for anyone who is considering visiting Planned Parenthood for any reason. A doctor's office is a much better option for women's services.

I will NEVER be visiting planned parenthood again. I was one of the first people in the clinic when it opened and the last person to leave. I was there for 6.5 hours. This is the biggest joke. Worst customer service, awfully slow and careless nurses, 100% would NOT recommend.

Without insurance Planned Parenthood is extremely expensive and lowers your options to almost none. Overall they provide a lot of information that is helpful. Also the space does feel non-judgmental making the visit easier.

Planned Parenthood offers important resources for women who need help. Although controversial, I think they are doing good things for the community.

planned parenthood is a great charity to donate too! the things they do for young teens are amazing!

Planned parenthood provides care and education. I highly recommend this place for your birth control needs.

I completely wish that Planned Parenthood would close down. There are too many other organizations and people who can assist with pregnancies and this particular business has had far too much controversy surrounding it. Everything I hear and see from Planned Parenthood is just disgusting.

Markets themself as a charity, but will turn away sick patients without treatment if they cannot afford their prices.

This is a company that does not discriminate, and will support you and your choices.