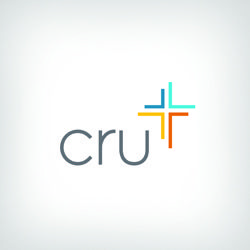 One of the ways that Cru maintains communication is through its vast network of volunteers. This method employs a personal touch, which is missing from many organizations, but is also subject to various failings of human misinterpretations. When an individual becomes a donor or otherwise joins a Cru club, they receive updates via official communications via email, postal mail, etc. The organization operates social media channels on Facebook, Twitter, Google+, Pinterest, LinkedIn, Vine, Tumblr, and Instagram so that interested parties may follow the organization's latest information via their preferred social media channel(s).

Cru has received awards as an organization, as have several members received individual recognitions for their accomplishments. Individuals receiving awards were members of Cru and recognized for their accomplishments in delivering its mission, and setting examples of leadership. Organizational Awards 2012 Champions of Faith Winner - Charity Category The Premier Foundation, in partnership with CBA (The Association for Christian Retail) Champions of the Faith Awards & Benefit Concert. It recognizes Christian retailers, businesses, organizations, entertainers, and individuals who are "Champions" of the faith and live their lives demonstrating their dedication to follow the principles of Jesus Christ. Individual Recognitions
thumb_down

Cru states in its annual report that it paid 6.9 percent of its expenses in general and administrative costs. The total amount of its expenses is not disclosed. Cru's lack of financial transparency stems largely by the fact that as a religious organization, it is not required to file an annual tax return with the IRS. Most charitable organizations file IRS Form 990, the return form for nonprofit organizations. Information included on the IRS Form 990 includes executive salaries. Rather than publish executive salaries, Cru simply publishes the "average employee salary" of $2,161 per month. This figure does not give an idea as to the number of full/part time employees, and suggests that executives are drawing salaries of around $24,000/year, which is likely untrue.

According to financial information published in Cru's annual report, in 2015, the organization spent 84.7 percent of its revenue on program delivery; however since Cru does not disclose specific totals for the cost of its program, administrative, or fundraising, readers are unable to analyze this information for themselves. While the percentage reported is one that is considered a good rate of program delivery to revenue, the lack of transparency is a significant concern.

As Cru is a religious organization, there are many who do not share the same beliefs and are vocal about their disbelief online. Many blog posts discuss writers' personal experiences with the organization, its inner workings, and shortcomings in fulfilling its mission to spread the word of Jesus Christ. Several sources express displeasure about the organization changing its name in 2011 from Campus Crusade for Christ to Cru. Some stating that the organization has lost the focus upon Jesus Christ and has become more liberal in its views, specifically towards politically correct speech. Others allege that Cru is an organization which hinders the work of Christian missionary efforts, specifically in Muslim countries, due to its methods of proselyting and materials used. Some accuse Cru of inflating its numbers of stated college converts for self-promotion. It should be noted that since Cru is a religious organization, it is has different government requirements for transparency and does not have the requirement to file annual IRS Form 990 returns. Many other charitable organizations which have roots in religious beliefs do submit needed information to be considered as an accredited charity by the Wise Giving Alliance. Cru is not rated by Charity Navigator, another independent charity watchdog organization. While these voids are easily explained by the fact that Cru is a ministry, the lack of transparency places Cru as a disadvantage in comparison to other charitable organizations.
gavel

Cru donors help support its ministry around the world, furthering its mission to "win, build, and send Christ-centered multiplying disciples who launch spiritual movements." Initially focused on college campuses, Cru's program has grown to minister high school students, professionals, and individuals worldwide. There is some degree of opacity with the organization, which resulted in the Review Team not being able to rate the organization on several criteria. It is recommended that potential donors explore the organization's message and if it falls into their personal religious beliefs, consider donating. However it should be stated that without full transparency, the Review Team cannot fully recommend Cru as an organization.
Was this content helpful?
thumb_up Yes thumb_down No
border_color Write a Review