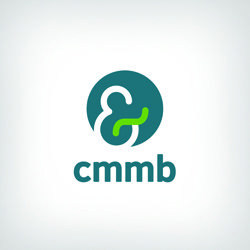 CMMB's annual contributions have experienced some fluctuation over the last several years. Percentages for program delivery, administrative expenses, and fundraising expenses have remained fairly constant in relation to revenue:

Organizations that spend over 70 to 80 percent of their revenue on program delivery are considered to be fiscally responsible by charity watchdogs. CMMB averages an annual program delivery percentage of 99.8 percent, which is excellent.

CMMB publishes its financial information, including annual reports, IRS Form 990s, and audited financial statements, online. This information, which is available for 2009 to 2015, is comprehensive, transparent, and easily accessible.

CMMB encourages its site visitors to register to receive organization updates through an emailed newsletter. In addition, CMMB regularly publishes on its blog and social media accounts.

In April 2016, Charity Navigator, a charity watchdog organization, complied its annual list of "Ten of the Best Charities Everyone's Heard Of." CMMB was ranked as the fifth most recognizable charitable organization on the list based upon financial performance, accountability, and transparency. In addition, Dr. Tom Catena, a CMMB physician from Amsterdam, New York, has been widely recognized by a number of sources for his work as a Catholic missionary surgeon in Sudan. Dr. Catena is the only surgeon on staff in the Nuba Mountains of Sudan at Mother of Mercy Hospital, a 435 bed facility. He has been interviewed by several news sources, including National Geographic magazine, and was named as one of Time magazine's "100 Most Influential People" in 2015.

For an organization as large as CMMB, there have surprisingly not been any major scandals or controversies involving the charity.
thumb_down

On average, CMMB spends about 1.2 percent of its total revenue on administrative and supporting expenses. The organization's CEO, Bruce Wilkinson, received an annual salary of $377,960 in 2014, which is on the higher end when compared to salaries paid by similar nonprofit organizations.
gavel

CMBB is worth considering as an organization to which to give donations. The organization is fiscally responsible and maintains a high level of transparency. Additionally, CMBB has not received major negative press or been involved in controversies.
Was this content helpful?
thumb_up Yes thumb_down No
border_color Write a Review

CMMB Haiti is treating its partners badly. The hospitals do not receive the funds -the amount is converted into gourdes at 30% less than the daily exchange rate. This is corruption because what does CMMB do with the remaining amount? It has been this way for the last seven years. That means more than 1 million USD have been used for other usages. Ask the hospitals, they received their funds only in gourdes with an inappropriate exchange rate. Same for the employees for which the budget is in USD while they are receiving less