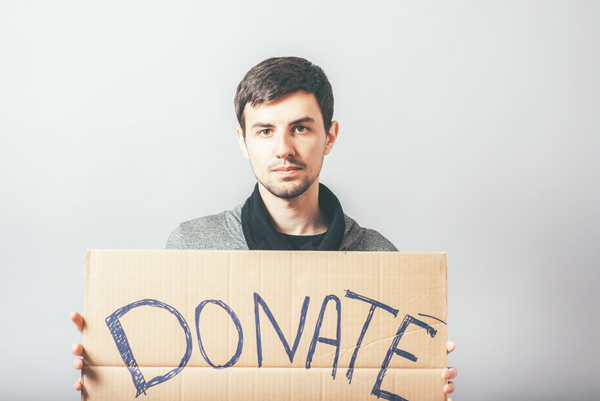 Wherever there's money to be had legally, someone will show up with plans to exploit that source of money unethically, maybe illegally. This is true in education, government, the automotive industry, and just about any other industry out there-and it's true with charities.

Recently, I recounted the despicable actions of charity/political money machine Move America Forward. This charity had taken millions from well-meaning donors to help America's service-people overseas but then siphoned most of that money to Tea Party political action committees and Republican fat cats.

Unfortunately, it turns out, Move America Forward is just one of many.

According to a joint investigation by the Tampa Bay Times and The Center for Investigative Reporting, more than 8,000 violations have been reported about charities. A thousand of those were deemed serious. But consequences against these charities have been surprisingly light.

According to the report:

"More than 35 charities and their hired solicitors have been caught breaking the rules multiple times but continue to take money from donors. The most frequent violators have been cited five times or more. One solicitor has been cited 31 times and is still in business."

And this is just the tip of the iceberg. Several charities have been chased out of one state only to set up shop in another. States have come down hard on charities but not the individuals running them, leaving them to go on to set up new charities elsewhere. Charity regulators, in general, have been understaffed and overrun with more information than they can analyze and too few staff to go after offenders.

Kendall Taggert and Kris Hundley, the authors of the report, wrote with obvious frustration:

"Unscrupulous operators collect hundreds of millions of dollars each year while fooling donors. When they get caught, they have little to fear, even if regulators try to shut them down. They simply reopen in another place or under a new name, leaving regulators none the wiser."

Needless to say, it's pretty naive to assume that government agencies are going to keep dishonest charities in check. No, with government regulatory agencies falling behind in policing fraudulent charities, it's up to people like you and me to make sure our donations go to tried and true charities. Luckily, there are surefire signs you can look for to keep fraudulent charities from taking your money. Here are seven of them:

1. The charity asks for cash or for you to wire your donation to them.

Less-than-reputable charities will ask you to make your donation, not via check but by wire, a method that few businesses or other organizations use now for very good reason. The Federal Trade Commission's (FTC) page on charitable giving advises:

"Never wire money to someone claiming to be a charity. Scammers often request donations to be wired because wiring money is like sending cash: once you send it, you can't get it back."

2. The charity has been organized specifically for a recent event.

Especially with websites so easy to come by and social media such a swift promotional tool, charities for a specific natural disaster or other events can be in your face, asking you for donations, before the event has even finished. Case in point is the recent earthquake in Nepal. Within hours of the first reports, dozens of charities had set up websites and Facebook pages to solicit and process donations. As well-meaning as these types of charities might be, they also come with serious drawbacks.

At the very least, these charities are organized so quickly that they're not really able to use your donations effectively, according to the FTC:

"Even if they are legitimate, they probably don't have the infrastructure to get the donations to the affected area or people."

At worst, people throw up these charities intending to profit from the surge of sympathy that usually follows adverse events. If you wish to donate to help people affected by calamities, the best course of action is to seek out tried and true charities like the Red Cross or Doctors Without Borders.

3. The charity doesn't show up on the IRS database or tax-deductible organizations or on the BBB Wise Giving Alliance website.

The U.S. Internal Revenue Service keeps a close eye on which organizations can legally accept tax-deductible donations. As you encounter charities, you can see if they show up on this list. If they don't, you probably shouldn't trust them with a donation.

You can also do the same thing on the Better Business Bureau's (BBB) Wise Giving Alliance website, which tracks charities by state and collects consumer reviews about them.

Bottom line: before you donate, make sure the charity is listed on these sites.

4. The charity goes heavy on heart-wrenching appeals but light on what they actually do. 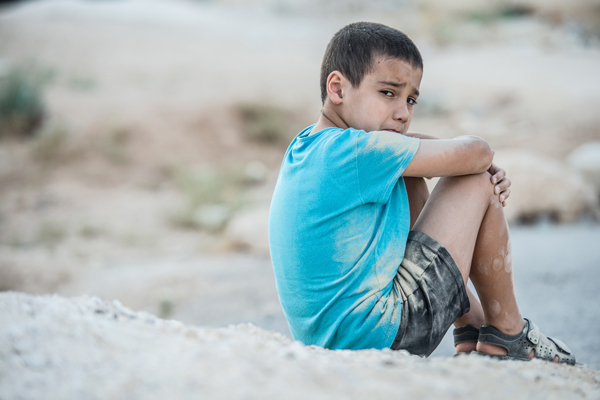 Ultimately, your donation is an investment. You want to make sure a charity does as much good with it as possible. Of course, every charity is going give you a passionate speech about why you should donate to their cause. But if that speech doesn't also give you a solid idea of how exactly they're going to use your donation to help that cause, you should be suspicious.

Before you donate, don't be afraid to ask them how exactly they use donations, how much goes to the people they're supposed to be helping, and how much goes to executives. If they dodge these questions, donate somewhere else.

5. The charity puts you on the spot.

High-pressure sales tactics are never a good thing. They're usually intended to get you to take a decision that you would usually take your time on and make it without proper consideration. Shady charities have been known to come to donors' doorsteps or call them on the phone and employ used car salesman-like tactics to push donors into paying up now.

Rael charities will respect your need to research them before you make any kind of donation.

6. The charity is not registered with their state's attorney general.

7. The charity calls you.

This seems silly, right? What's wrong with a charity calling you to ask for a donation? What seems like a benign practice is actually a big red flag about where a charity spends their donations, according to The Center for Investigative Reporting:

"Cold-calling donors is one of the most expensive ways to raise money. Charities that use paid telemarketers often let the fundraisers keep 80 to 90 cents of every $1 raised. Most of the money you think is going to needy veterans or dying kids is paying telemarketers' overhead and profit."

The Smartest Donation is an Informed Donation

Before you start thinking that every charity out there is just out to grab your money and run, know that there are literally hundreds of worthy charities out there. These organizations do a ton of good for worthwhile causes. Being informed about the charities that come to you for donations will actually lead you to the best charities, the ones that can do the most good with your money.

To find out which charities get the best reviews from consumers like you, visit bestcompany.com's Charities Page.