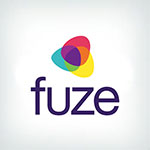 star_border star_border star_border star_border star_border
0 User Reviews
Good
Bad
Bottom Line
Reviews
Write a Review
LAST UPDATED: June 27th, 2019
Fuze is a product that is engineered by Fuze Box. The company was founded in 2009 as a provider of web-based communications solutions. The company is headquartered in San Francisco, CA and has several global locations, including Santa Barbara, CA and Bulgaria. For the most part, the company has worked out several of the “kinks” in the conferencing industry, providing users with one of the most robust programs for having web conferences and meetings. The company has a rich history, with the software program being developed as part of an investment thesis. After several company purchases and acquisitions, Fuze Box made the first public demonstration at CTIA 2008 in Las Vegas. Overall, the product was received really well because it had some of the major features that other web conferencing solutions lacked. 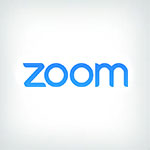 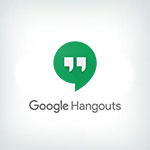 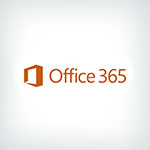 The fine print about Fuze says that it is an easy to use visual communications tool that brings people together and helps individuals and businesses connect anywhere from around the world to just down the hall. Fuze is compatible across the board, being used on Windows, Mac OSX, iOS, and Android platforms, making it one of the most versatile web conferencing solutions today. One of the major "firsts" for Fuze is the large-scale cloud program that is part of the free edition. In fact, the free version of Fuze works like the pro edition for the first 30 days, letting the customer take the product for a test drive before implementing it as a major solution in their business. Overall, we felt that Fuze has approached the web conferencing needs of businesses with fervor and zest. Here are some of the things we liked about their service: The first thing that we took note of was the support resources for the website. With other web conferencing products, we found that the videos were not always helpful with setting up the product. Many competitors provided videos on how to develop a killer presentation or make a sales call, but didn't include basic videos on how to set up a chat. Fuze provides a robust array of demonstration videos showing users the nuances of the product. We liked the cloud storage solutions for Fuze. With other companies, many did not provide a direct cloud solution and most didn't include it in their free version. Fuze has cloud storage available for all its service levels. Plus, Fuze also integrates easily with Drop Box and Box, adding more cloud capabilities. Fuze has got its HD solution down perfectly. While there are a certain number of HD video streams available, the Pro and Premium versions let the user assign 12 HD channels as they'd like, whether it's for streaming video or video conferencing. We also felt like the pricing paradigm was pretty fair. The Pro and Premium versions cost $20 and $40 per month per user. With these prices, users get a lot of bang for their buck. However, the recording features are only available on the premium version.
thumb_down

We were a little bit confused as to how the advanced leadership tools work within Fuze. Only the screen share function was adequately demonstrated with the leadership tools. We had a hard time finding things that we didn't like about Fuze. Here were some of the critiques we had after digging through the tech-savvy side of their website materials: Why are the Drop Box and Box techniques not perfected? We found that if you pull up a document to make comments on, the annotations to the document are not saved in real time. Each individual user will have to go back through and individually save the annotated document onto their desktop. Or the meeting facilitator can upload the document to the shared box platform. Another problem that we had with Fuze was the lack of robustness with annotations tools. While some other brands in the industry only have screen shot editing pens and arrows, Fuze does have a NotePad. However, this tool doesn't have the powerful editing tools found in Google Documents, where users can look at a document and make comments in real time. Finally, we did have some concerns about recording a conference with the Pro and Premium service levels. We found that a recording functionality was not built into the Pro service level. If you get this mid-grade subscription, you will have to have an application such as QuickTime set up in order to record the administrative end of the conference.
gavel

To conclude, we felt like Fuze represents a great leap forward for small businesses that want to do web conferencing. Perhaps the greatest benefit of Fuze was its app integrations. Something else that should make a huge impact on your decision is the fact that Fuze allows for up to 12 HD video streams in a conference. This is more than any other company we have reviewed thus far. While the Premium service level is somewhat pricey, it meets all the popular needs for today's web conferencing.
Was this content helpful?
thumb_up Yes thumb_down No
border_color Write a Review