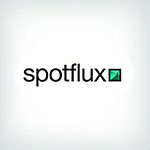 Price
Lowest Monthly Price
$2.50
Money-Back
# of days for refund
Undisclosed
Time in Business
9 Years
Number of Reviews 4
LAST UPDATED: June 27th, 2019
Spotflux was founded in 2011 and, unlike many of their competitors, is based in the United States. The company reports its headquarters to be in Brooklyn, New York. Spotflux offers both a free plan which is supported by third-party advertisements, and a premium plan. The paid plan is the same as the free plan, without third-party ads or their ability to have some information about their customers as stated in the company’s privacy policy (and detailed below). Spotflux has competitive pricing in the industry with annual and monthly payment options available.

Spotflux offers both a free VPN (ad supported) and a paid version (Premium). Customers may also select a strictly mobile version (also paid) of the VPN. The company does not offer a free trial for their Premium or Mobile only plans.

Spotflux offers very competitive pricing, when compared to others in the industry. The use of their VPN with a free plan is also rare, as is their mobile only service.

Spotflux is unique in that they offer a free plan, which is supported by ads. One must download the software to their computer and register to begin using this product. Downloads are available at Spotflux's website or on CNet. This plan may be canceled at anytime, simply by uninstalling the Spotflux software from the device. The company is clear that user traffic is protected when using the free product, but that they are not responsible for any third-party site which runs ads or if the user shares information with those sites.
thumb_down

Spotflux states that they have customer support available online and via social media (Facebook,. Twitter and Google+). They offer support via their knowledge base and via an online form. All attempts to receive clarifications for information which is not available easily on their website by the Review Team did not yield responses from the company. Spotflux does not disclose their encryption standards online. It is notable that PC Magazine found that several known phishing sites, which are all supposed to be blocked by Spotflux's proprietary software were not during their independent tests of the software. Customers have reported similar experiences.

In order to compare speeds of the VPN providers, the Review Team attempted to use test results from the same independent source. The site compares speed tests from ISPs and VPNs and provides the results as an average. There is no data available for average speeds for Spotflux and the company does not provide data. This absence of company-provided date is standard for the industry, as the speed of a VPN is highly variable. PC Magazine reported that in their tests, they found delays which were comparable with the industry standard of expected slowing due to a VPN. Customers report that YouTube performs best while streaming HD video and that Netflix is sometimes unable to stream HD quality video and is grainy with buffering delays. These findings have been substantiated with independent tests. YouTube 4K videos appear to suffer the most and in many cases, customers report them not loading at all with Spotflux. Transparency The lack of a response requesting clarifications and additional information from Spotflux by the Review Team is questionable. The company does not offer much on their website detailing some of their services. While VPNs are designed to create a tunnel for one's internet, there are some concerns about Spotflux's Privacy Policy which the Review Team thinks that prospective customers should know before signing up for their plans - especially the free one. Them company implicitly states that they give information to third parties for the sake of advertising and these companies may use tracking data. For many wanting anonymous browsing, this is an added intrusion. The company implies in their privacy policy that they do not send their customers updates or modifications to the policy and in order to keep in track of the policy, customers need to visit the privacy policy page frequently. This is simply something which people will not do and there could be some areas of the policy which change drastically without customers being made aware. The Review Team strongly advises that everyone purchasing any type of product or subscription read the fine print and policies before committing to it.

Spotflux has a detailed Knowledge Base online with very specific questions, which leads the Review Team to believe that the topics in the Knowledge Base are issues which customers have reported most frequently. This practice is not uncommon and can be very helpful to customers experiencing issues. There is an option available for customers to contact support via an email form. Customers have reported that their requests via this form are not addressed. The Review Team had similar experiences. Additionally, the company states that they may be contacted via their social media accounts. These accounts have had bursts of activity and in the last few months prior to the writing of this review, were only updated on average of once per month. This does not give the customers much assurance that their requests via this channel would be managed. While many VPN providers are based outside of the United States, giving more freedom to logging laws, etc., Spotflux is not. They are headquartered in Brooklyn, New York. While is it understandable for companies not in the US to not list a phone number, this practice is a bit odd for a US-based company.

Spotflux states that they help with blocking phishing sites with proprietary software, but the real-world results are mixed on their actual effectiveness. Customers and independent tests have shown that there are several known phishing sites which are not effectively blocked by the software.
gavel

There is much promise for Spotflux in the future. The Review Team cannot fully recommend their services at this time, namely because of varying information on their website, a lack of transparency and poor customer service quality. They have grown rapidly, perhaps a little too fast, and still have some kinks to address before they are a company which the Review Team is able to rate with the top-performing VPN providers.
Was this content helpful?
thumb_up Yes thumb_down No
border_color Write a Review

Last year we had joined spotflux, paid for a year subscription and used for a while the service (less than 4-5 months), until it stopped service and we had never been able to get service anymore. More interestingly, recently I had seen they charged me on my credit card, without any notice or confirmation 30 USD! I didt get any of the services, morever I am charged for no service. I strongly criticise, how can they save my credit card details on their system and how can they deduct any amount they desire not feeling any need to ask confirmation? I want them to return back the amount to my credit card and cancel my membership.

After trying to use the free service, I signed up for Premium service -- on a monthly basis. I've now been sitting here for about 30 minutes, waiting for the system to do anything more than blink a red and green icon, which means it's "Securing your connection." I don't think so. My firewall is fixed and my regular connection very fast ... and still nothing. It's time I think to look elsewhere.

Bought spotflux premium for one year. PATHETICALLY SLOW. My Ookla download test goes from 145 mbs WHEN SPOTFLUX DISABLED TO ONLY 5 MBS WHEN SPOTFUX ENABLED. DO NOT BUY, ITS CRAP!!

Terrible service! Did not work and was extremely slow. Go with a better VPN. Don't waste your time and money here.