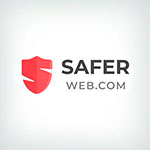 star star_border star_border star_border star_border
2 User Reviews
Compare
Compare
Good
Bad
Bottom Line
Reviews
Write a Review
LAST UPDATED: June 27th, 2019
Safer Web is part of a family of VPN providers which began in 2015 by Pseudo Ltd.  Other VPN companies owned by Pseudo included TotalVPN and Incognito, as well as Safer Web.  The web hosting giant, The Endurance International Group purchased Pseudo Ltd. and its' companies in March, 2016, so Safer Web is now owned by The Endurance International Group.  With offices still in the UK, Safer Web, TotalVPN, and Incognito are under the jurisdiction of the United States and the Commonwealth of Massachusetts.  Each of the three Pseudo Lts. companies use the same servers worldwide and have over 30 server locations globally.

Safer Web offers a 30-day money back guarantee for all new customers. In order to be eligible for this refund, customers must request the refund in writing within the first 30 days of their subscription. There are no other refunds granted after this time.

Safer Web offers their customers a choice of any of the top encryption protocols - PPTP, OpenVPN, L2TP/IPSec and IkeV2. As OpenVPN is widely regarded as the most secure encryption currently available, the Review Team recommends using OpenVPN whenever possible. However, iOS users must use a different protocol which is compatible with their system such as L2TP/IPSec.

Independent speed test results, when averaged, give a snapshot of the possible speed for the VPN. Safer Web does not have enough independent speed test results to provide an accurate comparison, so the Review Team is reporting speeds used for TotalVPN, a sister company, using the same servers. TotalVPN averages download speeds of 19.29 Mbps and upload speeds of 4.87 Mbps. Both are close to the average non-VPN connection for the United States of 20.8 Mbps and 5.2 Mbps, respectively.
thumb_down

Safer Web offers two plans from which subscribers can choose. Both are available with monthly, 12, and 24 month subscription terms, with the multiple-month terms reflecting discounts and being paid in full at the beginning of the subscription. All encryption protocols are available for both plans, and both plan include unlimited bandwidth and data transfer. The Premium Plan only includes servers at 7 locations, rather than the full VPN of over 30 locations. Introductory pricing is only available for the first term of the subscription - either 1 month, 12, or 24 months. Premium - $4.99/month introductory pricing Renewal rates 1 Device may be connected per account at a time Super Premium - $5.99/month introductory pricing Renewal rates 3 Devices may be simultaneously connected to the VPN tunnel While appearing to be competitively priced, Safer Web is more expensive than other plans with comparable or better features e.g. with more server locations or, more simultaneous connections allowed.

Safer Web, like the other Pseudo Ltd.VPN providers, collects significantly more personal data than other companies. They state that they may use this data to support their customers and keep it for as long as it is reasonable or legally required. AMong the data which they may keep are the following: As is the case with most VPN providers, certain information is gathered about users' VPN sessions including: the user's IP address, amount of data transferred, times of connection and disconnection from the server as well as which server(s) were used during the connection. Safer Web states that they do not log or collect data about specific browsing behaviors or individual sites visited. In spite of having offices in the United Kingdom, as Safer Web's parent company is based in Massachusetts, the company is under the jurisdiction of the US and the Commonwealth of Massachusetts.

As far as the additional features which the Review Team looks for in a VPN provider, Safer Web does not offer any of them. They don't offer kill switches, firewalls, or ad blocking.
gavel

Safer Web has many features, that with time and tweaking can help propel it into an industry leader and receive full recommendation from the Review Team. As of the date of this review (June, 2017), the company is still too new to have a good feel and track record on which to base either positive or negative impressions. It is important to note that the company's pricing is higher than that for their competitors for equal or better packages. The Review Team does not fully recommend Safer Web, as it has many areas which need improvement, and looks forward to seeing if and when these occur.
Was this content helpful?
thumb_up Yes thumb_down No
border_color Write a Review

I purchase saferweb about a month-and-a-half ago I paid $47.86 they got me as a new purchase I cannot connect first I went on yesterday to try to connect and he kept saying unfortunately saferweb has stopped so I contacted them they never respond back then I had to download them again the application and when I download application put in my password they never recognize that I now I cannot get into the account that I paid for it got me as a trial free so I don't have access anymore and I'm trying to contact them they are not responding I use my Capital One credit card to pay for it and I cannot get into it and it feel to respond back to me I have a phone number here but this number no one else then the email I sent they do not respond however they did respond to one email telling me that the speed was too low on the free I'm not under free I paid for mine and I paid for the full price for 2 to 3 years I don't know what's going on they took my money you don't noone us responding to me at all

SaferWeb August 2017 - They have closed down the Amsterdam, Chicago, London, New York, Singapore, Sydney and p2p-Netherlands servers - Overall poor service and incompetent help desk. I dropped their services after being unable to obtain connection after a long period of experiencing unstable connections. Oh, and when connection is available, it is generally slow in comparison with their competitors.