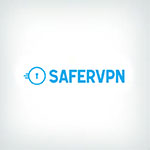 SaferVPN offers new customers a free trial period of 24 hours to determine if the network is suitable for their needs. The term of the trial is less than that for some other companies, but unlike many companies, SaferVPN offers an additional money back guarantee without conditions. Often companies have either a longer free trial period or do not offer money-back guarantees - or piggyback the guarantees with several conditions which act as a loophole. In order to receive a free trial, users simply visit the website and register. No billing information is required at that time and the trial simply expires. SaferVPN's free trial is full featured, with access to all servers, features and apps.

SaferVPN uses the leading encryption protocols - with access to OpenVPN (256 bit encryption), L2TP over IPSec (256 bit encryption) and PPTP (128 bit encryption). Whenever possible, the Review Team recommends using OpenVPN as the preferred protocol, as it is considered to be the most stable and secure of each of the methods above. Of note, is that iOS devices cannot use OpenVPN, and for these devices, L2TP is a comparable alternative to OpenVPN.

Customers are able to receive DIY help via the company's how to pages. Other methods of receiving help include opening a support ticket via internet form, which is responded to via email and via live chat. As is common with many of their competitors, the wait time for an emailed response can lag. SaferVPN performs better however, with responses coming within hours in many cases. Live chat agents are available 24/7 and respond rapidly to requests. The company's chat interface, as reported by customers, can be a bit glitchy from time to time however. SaferVPN uses the same app to offer help on their Facebook page which yields fast response times as well.
thumb_down

SaferVPN's plans are priced per device and their overall pricing is slightly higher than many of their competitors with more devices included in their plans. Nearly every one of their competitors' who use this structure begins their plans with at least three devices being allowed simultaneous connections. For the household needing a single connection, however, the pricing is very competitive. SaferVPN offers additional pricing structures for business accounts, at the customer's request. One Month 2 years 1 year SaferVPN offers their customers several payment options, including some popular gift cards for other merchants: Visa, MasterCard, American Express, Diners Club International, JCB, Discover, Paypal, Bitcoin, Mint, Burger King, Circle K, CVS, Dollar General, and Subway.

The company states prominently on their website that they keep no logs whatsoever, yet discloses that they do keep some data. Statements such as these are confusing to customers. When companies state that they keep no logs, but limit the number of simultaneous connections, it is an indicator that some loggins is present, since there would be no other way to limit the number of connections per user via their IP address without some monitoring and logging. The information collected by SaferVPN includes the customer's IP originating IP address, times which they were connected to the network, bandwidth used and the server to which the customer connected. Specific internet browsing history is not collected. Upfront clarification of the data kept, while common in the industry would further improve SaferVPN's transparency.

The SaferVPN Chrome Extension allows for easy access to the network and for users to change their VPN servers right from the browser window. Also upcoming is a feature, which the company bills at Smart DNS, which will further enhance users' security and flexibility while connected to the VPN servers. Each of the apps offered by SaferVPN automatically diagnoses issues which need to be fixed and fixes them, giving users a seamless process. SaferVPN is missing additional firewall protections as well as automatic kill switches which shut a user's connection down if there is a problem with the VPN server.
gavel

In spite of offering a free trial and money-back guarantee, the length of both are less than that given by other companies. Additionally, SaferVPN is more restrictive than other companies as far as the number of simultaneous devices which are allowed per account and VPN session. Prices are higher for multiple connections than for many companies, but SaferVPN is a better deal for VPN users only wanting a single active session at a time. The company's customer service is exceptional, which is a rarity in the industry. The statements upfront about not keeping logs can be misleading or confusing for some, and those choosing SaferVPN should thoroughly read the company's terms and privacy policy. The Review Team recommends SaferVPN for those looking for a single connection, or who desire a high quality of customer support which is readily available. For others, this company is not a perfect fit.
Was this content helpful?
thumb_up Yes thumb_down No
border_color Write a Review