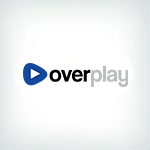 OverPlay is one of the more affordable options for VPN services. They currently offer two packages - SmartDNS and SmartDNS + VPN. Pricing is given for both products, although the SmartDNS is not a VPN. SmartDNS SmartDNS + VPN Customers are able to select their billing term at signup and change it whenever they would like. For service terms longer than monthly, payment is collected fully upfront.

OverPlay has over 40 servers located all over the world. They offer their customers several choices of encryption, based upon the capabilities of different servers. Customers may select the server which they want to use, allowing them to choose which level of encryption they will browse with each VPN session. Nearly all of the listed servers offer the highest level of encryption - OpenVPN as well as lower levels - both PPTP and L2TP.

OverPlay averaged a download speed of 4 Mbps and an upload speed of 690 kBps. Their customers report varied experiences with their actual speed in practice, with some saying that they are able to easily locate and connect to fast server and do not experience any lag in their internet speed, while others are unable to complete their online activities without frequent slow-downs or time spent looking for better servers to which to connect. Using the same criteria, the Review Team ran a test of the average speed for uploads and downloads for the United States. The average download speed for the last 250 tests for the entire US was 20.8 Mbps and average upload speed was 5.2 Mbps. From this data, it can be extrapolated that many customers will likely experience some slowing in their speeds using OverPlay's VPN, although the exact amount is undetermined, as there are many factors which affect an individual's internet speed. Users are advised to check their own ISP speed to determine what their actual speed is and make decisions accordingly. The company offers little information about speed of their VPN beyond a brief mention in their support forum. As is the case for all VPN providers, there are several factors which affect the end performance of speed and the VPN. Factors which can affect the performance of a VPN (speed, etc.): Transparency One area which OverPlay is very transparent is in listing their servers, their locations and the type of encryption which is used for each of them. This allows prospective customers to get an idea of their options for international servers. OverPlay boasts servers in over 40 countries. For those looking to stream local television stations, which are blocked outside of the geographic region, this is especially helpful information.
thumb_down

Unlike many of their competitors. OverPlay does not offer a free trial period. They have a limited refund policy. New customers have five days from the time of their purchase to receive a full refund. The company does not accept any refunds after this time. Because customers have reported that support is slow with OverDrive, sometimes taking up to a week to receive emailed responses, there is some level of concern that the company would not respond in time to honor this request. It should be noted that there are no known complaints of this type from past customers. In any case, with the relatively inexpensive initial monthly cost, signing up for a month-long term initially would be the best option for new customers.

Current and prospective customers can contact customer support via email. Some customers have reported that they have used OverPlay's social media channels (Facebook, Twitter, Google+, Pinterest) with more success in reaching the company sooner. It should be noted that the company only offers email support officially on their website. Even considering the difference in time zones, there are reports of a significant delay in receiving assistance. Customers report waiting for up to a week to receive a response to a query. When opening a communication via social media, responses were quicker, usually within 24 hours, but the communication is not necessarily in real time, with customers reporting sending a question, waiting, receiving a response, and follow up taking a significant amount of time. Interaction with representatives of OverPlay have been reported as being frustrating. While it is difficult to read a tone into a private message or email, the exchange remains one that does not maintain a level of helpful assistance with the agents in many cases reported by customers. In order for the Review Team to award OverPlay with a higher score in this criterion, the company would need to augment their available channels of communication for their customers to receive support and contact customer service.

OverPlay doesn't offer much in the way of additional features - such as a firewall, internet kill features, etc. Their service is bare-bones, and customers pay for this simplicity with the discounted prices. The Review Team could not find any bonus or extra features offered by OverPlay which would bear mentioning.
gavel

OverPlay's price is one of their biggest strengths. This feature alone is what draws many to the company. Certainly, they are priced competitively. Many are confident in trying their service for a month to determine if OverPlay is a good fit and meets their needs. The company operates many servers globally, so customers have options from which to choose. Additionally, the choice in encryption between the servers gives customers added flexibility. Some customers report that they are able to select a server which works well almost immediately, while others experience delays and are forced to "shop" for other servers which to connect. The company's speed test averages show that compared to the average connection speed, there is some slowing which can be expected when using an VPN. This figure is but an average and customers should be prepared to do their own tests, with their own ISP. Customers report that the wait time for personal support is longer than one would expect. The Review Team found conflicting information on the site and with that which representatives of the company reported - namely with stating that there were parental controls online. The company did not offer explanation or clarification for this discrepancy. There remains some question to why intermittent SSL certificate errors are reported with OverPlay's website, for which the reason is undetermined. The Review Team recommends that those wanting to try OverPlay for their price sign up for a monthly term to test drive the product. If it is not a good fit, and if the company does not respond to requests for a refund, the lost monthly price is less than $10. There are several factors which prevent the Review Team from fully recommending OverPlay.
Was this content helpful?
thumb_up Yes thumb_down No
border_color Write a Review