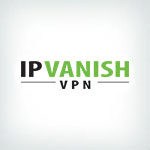 star star star star star
8 User Reviews
Good
Bad
Bottom Line
Reviews
Write a Review
LAST UPDATED: February 16th, 2022
IPVanish VPN is a top-tier VPN service provider. Simply put, this designation means that they control 100% of their hardware and software, network development and each small facet of their service for their customers, unlike many other VPN providers who outsource their service or share their servers. Their VPN tunnel can be used by customers with Windows, Mac OS X, Android and iOS devices. 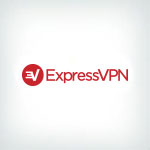 Customers select their billing terms when signing up for a subscription with IPVanish VPN. Available terms are per month ($10), quarter ($26.99), or annual ($77.99). Payment for the entire term is paid upon signing up for a new subscription or renewing an existing plan at the then current rate. IPVanish VPN accepts the following methods of payments: VISA, Mastercard, Discover, American Express, UCB, Delta, PayPal, iDeal, Bancontact, Giropay, Boleto Bancard and Bitcoin.

IPVanish VPN's default encryption for most devices for their VPN tunnel is the most secure OpenVPN protocol. This method of encryption is more secure than several other methods, although because the protocol verifies all packets, can be the one which slows down a connection more than others. Customers may also select L2TP/IPSec or PPTP connections. For those connecting to IPVanish VPN via their iOS device, the default encryption is IKEv2. Developers state that this is comparable to OpenVPN in security.

IPVanish VPN's average speed for downloads is one of the fastest in the industry, with an average download speed as calculated by the Review Team from available independent speed testing data, of 58.45 Mbps. The average speed of non-VPN traffic in the Us is 20.8 Mbps. The upload rate of 3.98 is slightly slower than the US average of 5.2 Mbps. It is important to remember that there are several factors which affect the speed of an individual's connection with their ISP, and that these figures are presented for illustration purposes only. TBC's Review Team and IPVanish VPN do not guarantee any speed for either VPN or non-VPN connections.

IPVanish VPN's primary method for customers to receive support is via an email ticket system which is open 24/7, staffed with support agents. Many customers report that their wait time is from a few hours to a business day for their issue to be addressed by the company. For simple questions, some customers are reporting that they have had quicker turn-around times when using social media direct messaging to contact IPVanish VPN. While not listed as an official channel of support, for basic questions, this appears to be the best option to contact the company. For more technical issues, the Review Team recommends using the company's email ticket system.

The Review Team specifically looks for added benefits or features which enhance the users' security or convenience when connected to a VPN tunnel. IPVanish VPN offers several of these types of features which many of their competitors do not. These include:
thumb_down

TBC's Review Team looks at a company's transparency, or how much information they disclose on their site with their customers as well as via interactions with the company through customer service, social media, etc. Companies with higher levels of transparency are rated higher than those whose interactions are secretive or elusive. The vast majority of interactions experienced and reported by customers and the Review Team are highly transparent. The company's privacy policy is easily found and written in such a way that it is easily understood. However, there is an issue which is contradictory discovered by the Review Team. Upon researching IPVanish VPN's background, the Review Team noted that the company stated that they had over 15 years' experience. They also have dates of founding as 2011 and 2012 on their various social media channels. This discrepancy is significant enough that the Review Team directly questioned a representative from IPVanish VPN, to which they replied that the IT professionals have 15+ years of experience and the company is "about four years old." While not the worst instance of misleading information encountered in the industry by the Review Team, it is misleading and could be worded honestly and appropriately on official communications from the company.
gavel

IPVanish VPN, in spite of being rather new to providing VPN services, has many features which are desirable in a provider. They offer added features which are rare among their competitors and their pricing is competitive. The company's control of all of their equipment offers added security to their customers. Customers looking for a VPN provider should strongly consider IPVanish VPN as one worth a second glance. They are poised to become an industry leader and recommended by the Review Team.
Was this content helpful?
thumb_up Yes thumb_down No
border_color Write a Review

IPVanish works with applications for Microsoft Windows, macOS, Android, iOS, and Fire TV. It is a great service that keeps your identity hidden from hackers. I like that it can protect you while you're away from home and want to watch something on streaming services but don't want someone hacking into your account. They have great encryption connections that will update often to help keep up with the changes in how people try to get access to your personal information.

A lot of these VPN sites look the same which makes me think they are the same. I used this one for a few months and then cancelled the subscription as it was no longer needed. It did exactly what it said it would. The VPN connected me to the UK and US which was great as I could access live tv etc. Very cheap service - would recommed!

I have had IP Vanish for almost 2 yrs and love it. I have never had any issues with. My main reason I love it is that it hides IP address so others won't see what I am doing. I believe it to be very successful. I highly recommend!

I have used IPVanish off & back on again for about 3 years. I use it mostly for our TV & streaming. It works smoothly & doesn't cause undue buffering like some VPN's can do. The only reason for the 1 star off is that once you are a customer, you can no longer take advantage of the great pricing sometimes offered to new customers & my IPTV no longer works with IPVanish so I have to have a second VPN for it.

What I like best about this company is their explanation of exactly what they will do for you in making the websites that you visit secure. There are a lot of different package options and yearly or monthly prices.

IPVanish is a top notch site for all of your protection needs. Very simple to set up and monitors your needs 24/7. Well worth the money.

Easy to install and use. I’m not the best with technology and get frustrated easily but this was cake for me.

I love how well it works, I use up vanish for my fire stick and I’ve had no issue.