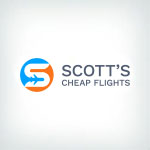 Now the team consists of 30 flight deal experts that perform a quality evaluation of every cheap flight they find. The best airfare deals are sent to subscribers who have chosen specific departure airports to follow. Flights can be found for destinations worldwide with specific dates and an estimate of how long the great flight deal will last.:

Scott’s Cheap Flights sends out flight deals to destinations all over the world. The company looks for deals with several airlines that service cities in many countries. Travelers can find deals for any area they’re interested in, though all flights are international (see Premium Membership for exceptions).

Travelers who want to see exotic destinations can find lots of exciting deals by subscribing to this service. Deals to popular destinations are also common and can be a great way to see those big tourist cities.

All flight deals that Scott’s Cheap Flights sends out have gone through a rigorous quality check. The team of flight experts looks for flights that are nonstop or have short layovers. If there is a long layover included, the team makes sure it’s during the day and long enough that travelers can leave the airport and check out the layover city if desired.

All flights are on well-known airlines that will give flyers a good experience on their trip. Sometimes a business class flight has a cheap price, but most flights are basic economy.

Given that Scott’s Cheap Flights does not partner with any airlines, all flights are booked through other sites. The company is only a price alert subscription service and does not offer travel insurance. In the case of a canceled flight, travelers will have to work out their trip with the airline itself.

Scott’s Cheap Flights finds great deals a few times a week, but travelers must book those deals quickly. Cheap fares only last somewhere from a few hours to a couple days. While the prices are great, the spontaneous nature of the deals doesn’t allow for a lot of planning in advance.

These deals are hard to take advantage of if a person has a hard time with impulse decisions. This being said, a lot of Scott's Cheap Flights reviews say that these cheap flight deals are worth it, if you're willing to book right away.

While the price for the premium membership is only around $50 per year and many Scott’s Cheap Flights reviews say it’s worth it, people who don’t want to pay the fee will have less opportunity to find certain cheap deals.

Scott's Cheap Flights is a great tool to use for finding cheap airfare if you're looking for an international flight. The free service is worth signing up for to stay on top of cheap fares in cities around the world. A free subscriber can expect one to three cheap flight alert emails a day to various locations and a premium subscriber can expect more.

When planning a trip, you’ll enjoy using Scott’s Cheap Flights if you’re flexible with dates or even with destinations. But, travelers will have to book fast and be ready to take deals that are available right away. The premium membership could be worth it for those who want to travel often, but it’s important to remember that this company doesn’t offer travel insurance.