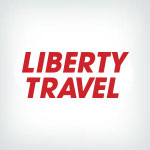 Claim this Profile
error This company may not service all states.

error This company may not service all states.

Liberty Travel is a tried and tested travel business with more than 60 years of experience. Acquired by Flight Centre Travel Group in 2008, Liberty Travel strives to be the vacation expert of America. It started with two New York University classmates who offered affordable, all-inclusive vacations packages to the general public. The online travel agency makes it possible for customers search, price, and book vacations, flights, cruises, and hotels. Liberty Travel also makes it possible for travelers to plan guided tours and group travel to places like Italy and Australia. Additionally, the online travel agency produces regular travel reports for customers interested in places like Cozumel and Walt Disney World. 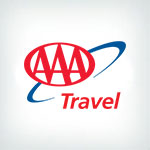 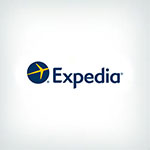 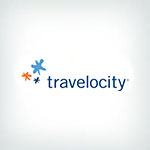 Liberty Travel gives its customers the option to book online, over the phone, or in person. This gives customers the ability to book in a way that that is comfortable and convenient for them.

Liberty Travel offers a price match guarantee. If a customer finds a cheaper price for the same service, not only will Liberty Travel match the price, but it will beat it by $10 per adult and $5 per child.

Liberty Travel does not offer a mobile app, which makes it difficult for customers to access the company's resources on the go.

While Liberty Travel offers a number of travel services, the company does not allow its customers to book car rentals.

Liberty Travel has not received any accreditations for its travel services.

Liberty Travel customers should be aware that additional fees for baggage, taxes, holiday blackouts, and peak period surcharges may be charged when they book their next vacation.

Liberty Travel offers multiple travel services and booking options, as well as insurance and a price match guarantee. However, the company does not offer car rentals or a mobile app. In addition, Liberty Travel has not received any travel accreditations and may charge hidden fees.

Do not use this company. They had created several problems for me many years ago and I swore I would never use them again. I called in November to see if they by any chance had a passport number for a family member ...we had lost that passport and were trying to get a new one reissued. I talked with a very nice person, and she asked me to give Liberty Travel another chance. So I did, and through their incompetence, the names of multiple people in our travel group were entered incorrectly. When flying internationally, those people cannot fly. Had to spend a stressful day fixing that and they were unwilling at first to fix it. Although they were kind enough to work late into the evening resolving the problem, it was a very stressful day and we had to get up at 4:00 AM the next morning ...so little sleep there. Although we had a good time on the trip, use a different travel company.

i have used Liberty Travel to book flights for about 4 international flights, and I have been very pleased with Michael B every time. The most recent flight booked was less expensive than I found on-line because the on-line booking includes costs for booking seats in advance and for luggage. Because of their agreements, they have lower costs, and the cost of my flight was lower than what I could do on-line. It was also 1 stop shopping for travel accident/cancellation insurance. Their 24 hour number saved us when we were in Scotland and got a flat tire. We were put on an interminable hold by the car company through which we had purchased coverage for such issues. We got through to Liberty who got through to the company and called us right back. Also when a flight was cancelled and we were waiting for 2 hours to rebook, we called the 24 hour service and they gave us our rebooking before we reached the counter in line. Very good, honest service.

MAJOR WARNING. I do not recommend Liberty Travel. The travel agents are unresponsive, unsupportive and lack decent customer service skills. I was booking a group trip and needed to cancel because my passport was not going to arrive on time. Not only did I make it clear that I wouldn't legally be able to get on a plane, but they also ignored all my emails, phone calls, and messages because they did not want to explore the options of refunding me the money I put down to hold my place on the trip. I am appalled and incredibly disappointed by this travel agency and their lack of concern for my situation. Imagine if I had a personal issue, a sickness or a death? Would they still not answer or respond to me to assist with my travel issues? The Liberty Travel agents purposely ignored my emails and phone calls. I am not sure how a company like this even exists today when customer service is of the utmost importance.I do not recommend this agency at all. Do not, and I repeat - DO NOT use them.

I recently booked a trip to Aruba and Liberty Travel had me book my own flight as I could get better rates. And upon checking out of the hotel. The hotel inadvertently charged me for the room. And when compared to what LT charged me - LIBERTY TRAVEL CHARGED ME OVER ONE THOUSAND dollars MORE than the hotel would have if I booked directly. THe hotel was also a timeshare location and I had to deal with the pushy sales reps during the stay. Then upon returning home and attempting to obtain Marriott points at least for my stay, I was informed I could not have the points because I booked thru a third party vendor that provides DISCOUNTED RATES. Called Liberty over a month ago still waiting on a reasonable response. Book direct. Shop liberty.

My wife and I decided to take a big (and costly) trip to celebrate our 20th anniversary. I usually book my own travel, but because the trip involved travel in Europe, we decided to book through a travel agency. We wound up booking 3 nights in Venice, Italy, followed by a 7-night Royal Caribbean cruise to the Greek Isles, followed by a 2-night stay in Krakow, Poland, with a tour of Auschwitz/Birkenau. The tour of Auschwitz was on my wife's "bucket list" of things that she wanted to do before death. (We are in our 60's) Touring Auschwitz was our sole reason for travel to Poland. We arrived in the hotel lobby as instructed by the voucher provided for us by Liberty. This was our only day in Poland, and was dedicated to the tour. We stood in the lobby with voucher, camera, umbrella, and water in hand and ready to go. When it was 30 minutes past the time of meeting that was specified in the voucher, my wife called the emergency number that was listed on the voucher. The number was in the UK and we called at our expense. We had to call twice, as the first call resulted in being placed on hold, and the call eventually dropped. When my wife finally got through, she was told that the tour had been cancelled "last year". She immediately burst into tears. We had booked the vacation with Liberty nine months in advance, and it was obvious that nothing on the trip had been reconfirmed or re-booked when cancelled. Liberty had done nothing but the original booking nine months prior to travel. We were both stressed to the max. as the hotel concierge called around trying to get us on a tour ASAP, as we were only in Poland for that one day. Fortunately, he finally found a bus tour that was departing in 2+1/2 hours that had two spots left, and we went on a tour. We paid again for the tour even though we had already paid Liberty. The tour that we had booked was a private tour, and we wound up on a bus tour. We also lost about 3 hours in Krakow as there wasn't time before or after the bus tour to go sightseeing. Liberty has gone to the "extremes" of offering us a small future travel credit as compensation, but we obviously will never book anything with them again, and want cash compensation for the time we lost and the stress on a vacation due to their failure to perform.

Cancelled within the free 24 cancellation policy, was told I would get a full refund. They refunded my ticket but kept $180. I asked what this was and they said I’m sorry if we gave you false information but the $180 is not going to be refunded. They just kept $180 and said it was non refundable. This was after they said on more than one occasion that I would get a full refund because of their free 24 hour cancellation policy. Basically they stole $180 of mine and are just refusing to refund even though I cancelled my transaction with them.

I had a difficult time getting my trip itinerary from the agent. She was rarely in the office. She failed to inform me that the joining point had changed so I went to the wrong hotel. She failed to inform Intrepid (the tour company) that I cancelled my transfer from the airport to hotel so there was someone there waiting for me.

There are travel agencies everywhere. There is no reason to use them. I went to Liberty Travel while in NYC. It was the first travel agent I came across and what a nightmare. Ashley was my agent. I began the process with her on May 3. Would not return calls or emails to get the trip booked. Should have been my clue and I should have moved on. I was excited for the two resorts she presented and I wanted to book that trip. She did not begin to book it until July. At that point, we could not do the trip in the order we wanted becasue of resorts already being booked. My 60 year old sister had to fly out on red eye because to change the order of our trip was to travel farther that day. My sister did not have the option to fly to Dallas the day before to break it up due to work. 6 months into this bad deal we could not get our itinerary. Other flights were supposed to be booked to get us to the resorts but that did not happen. From May to October we still don't have this tripped booked and we don't know what to expect. I finally got in touch with her supervisor and she said Ashley is very busy and is working hard. This company has so many bad reviews in multiple travel sites. There is no reason to use them. Sent the supervisor an email saying answer our questions or refund our money. We leave in 2 months it has been 6 months of struggle. Oh and Ashley lost my sisters AMMEX credit card info TWICE. This company has to be in business from people like me who used them once. I can't imagine anyone using them twice. It is not worth it. There are other agencies. This is a 10,000 dollar trip. I don't feel they are any cheaper. It is not worth the aggravation and I am not convinced this trip is going to go well.