Watch Out for These 7 StubHub Fails 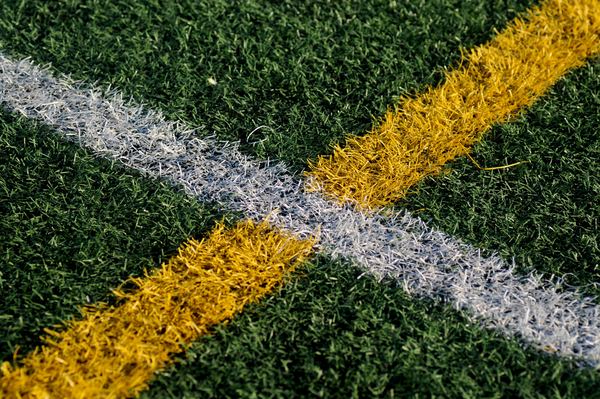 So, with football season and the MLB playoffs upon us, you might be hunting for tickets.

Chances are, however, if you waited too long, the games you were interested in are sold out.

This is where StubHub, among other ticketing services, comes in, providing an online marketplace where ticket-holders can resell their tickets to sporting and entertainment events to other customers who are looking for them. Of course, StubHub gets a cut for providing this service.

Having said that, when things go wrong with StubHub's service, they leave some very miffed customers in their wake and expose some serious flaws in their system, as evidenced by the pages of online customer complaints against the company. Glance through these complaints on any number of websites, and you'll notice these seven failures pop up again and again in connection with StubHub:

One common story that pops up again and again in complaints tells of a StubHub customer purchasing tickets and proceeding to the event, only to find that their tickets weren't recognized at the gate. Sometimes it's because of a miscommunication between StubHub and the party who sold the tickets. Sometimes the poor timing works suspiciously well in StubHub's favor.

"Purchased football tickets from StubHub. Drove hours to get there just to be told to go to will call. My ticket didn't work. Will call was well aware. The company who sold the tickets to StubHub recalled all of them, yet StubHub sold them anyways. Talk about a disappointing and fully embarrassing day."

Another complaint, this one on ConsumerAffairs.com, told of a group arriving at a concert to find that their tickets did not scan at the gate:

"After 30 minutes with support we were given a second set of tickets. Only one of them worked at the gate. In addition, I realized they were one seat apart anyway. Another 30 minutes with support and we got our third set of tickets. WORST SEATS EVER. We got in and realized our seats had a 'side view', even printed on the tickets. These are nowhere near the level of quality seats that I had paid for. We missed the opening band and watched the concert standing up in a common area of the stadium. The view there was way better than our seats. May as well have purchased nose bleed tickets."

Of course, with sellers' and buyers' plans changing constantly, it's easy to understand how tickets could get lost in the shuffle. At the same time, people usually have to make some serious arrangements to get to these events and invest a lot of money. It's easy then to imagine the disappointment a customer would feel to go all that way and have their tickets bring up a big question mark at the gate.

When events have hard dates (which they usually do) making sure customers get their tickets on time is a big deal. StubHub seems to realize this with their FanProtect Guarantee:

"You'll get the tickets you ordered in time for the event and they'll be valid for entry."

Strangely then, too many complaints tell of tickets purchased but not received until much too late, as in this sad story from one disappointed, lifelong Aerosmith fan named Isabel:

"I'm 43. I've wanted to see Aerosmith since I was 12! They came to town. I bought three tickets through StubHub... three months before the concert! Before tickets were even on sale! Concert is tonight 7/7/15, although the tickets were guaranteed to arrive by the third. I kept looking online. It said " processing." I called yesterday (7/6/15) freaking out and was told tickets were never available. Sorry. Sorry?! Why was it saying "processing"?! So heartbroken!"

In response, StubHub refunded the customer's money and gave her 50 percent off her next purchase. Unfortunately, this customer has already lost an experience that she'll never be able to get back. You can't refund that.

StubHub seems to occasionally suffer major communication breakdowns between the point where a ticket is purchased and the time it reaches the customer. Usually, a customer will purchase tickets on the site, the purchase will show up in their bank account, but then nothing but silence comes from StubHub, much to the chagrin of the customer.

This complaint posted on SiteJabber by one Marie D. is particularly illustrative of this issue:

"Prince gave a 3-day notice that he was playing at the Fox Theatre in Detroit. I paid for my tickets at StubHub on 4/6/15, the large amount posted to my VISA on 4/7/15 and I get no email or phone calls. I have to call them 3 times on 4/8/15 to ask where my tickets are? Customer service cannot help me; they transfer me to Mike Goodman, grand master of StubHub, who tells me the broker failed to come up with the tickets. Really?!!"

By now, it should be clear to you that, when things don't work the way they should, StubHub has a communication issue. They don't seem to be proactive about informing customers of problems with their orders, but rather wait for customers to call in or send out cryptic emails. Which brings us to...

Many of the problems that StubHub customers complain about wouldn't be so bad if the company's customer service reps didn't handle them so poorly. Often just hours before the event is to start, StubHub will send customers emails telling them a sale has fallen through. Then they'll rub salt in the wound by telling them that, even though they won't be receiving the tickets they wanted or payment for the tickets they thought they'd sold, they still owe StubHub commission and other transaction fees.

And then there are the stories where StubHub flat-out refuses to resolve a customer's concern, but instead treats them like a scam artist, as happened with one baseball fan:

"I had four tickets listed for sale on StubHub for World Series Game 6 in Kansas City. At 7:41 on October 28th, the day of the game, two of the tickets sold. Due to a software glitch all four tickets were taken off the buyers' view and no tickets were showing available in my section. I checked that section many times and there were never tickets available for sale the entire time (until 8:01 when I relisted them, but it was too late for them to sell). StubHub refuses to produce any documentation showing that buyers could see my tickets and they refuse to admit there might be a glitch in their system. I have made many calls and emails about this issue and finally talked to Justin, a supposed manager at StubHub. I asked him if he wanted to keep a long-standing customer who has never had a complaint over many years and he told me to take a hike."

StubHub, for as large of a company as they've become (they own a sports stadium, for Pete sake!), has a stunning deficit in its customer service department. About StubHub's poor treatment of its customers, LA Times writer David Lazarus wrote in his article "StubHub has a confused response to its confusing Web page":

"I'd tell people to think twice about buying tickets from any website that doesn't care enough about its customers to ensure the safest possible shopping experience. Clearly it's important that consumers be responsible for their actions... But that doesn't let StubHub off the hook. If a site has a glitch that makes it look as if customers are buying one thing when they're actually buying another, that would seem to give the benefit of the doubt in all cases to customers."

5. The refund you don't want

When a customer purchases a ticket, especially to a once-in-a-lifetime event, they are investing in that experience. This makes event ticketing services different than other online vendors. When a customer at a typical vendor can't get the product they want, they get a refund or they get their product on a delayed basis. But what happens when StubHub's process breaks down and that customer can't get the tickets they bought? That experience is lost.

In these cases, StubHub can give the customer a refund-which seems to be their policy-but they can't replace that once-in-a-lifetime experience.

Getting tickets to a big concert or game at a big discount is great... if you're the buyer. But if you're the seller, especially someone who paid full price for the tickets in the first place, that's the last thing you want. Unfortunately, complaints of this nature from ticket-sellers are commonplace.

Check out this complaint that was filed with the BBB against StubHub:

"June 19, I logged into the app, made price changes on tickets, as I usually do. I took a screenshot, and all was ok. A couple of minutes after, I received an email from StubHub telling me that they sold my tickets for $25.87, almost 1/4 of the listed price."

Another complaint filed with the BBB tells of Madonna tickets that were listed for $450 each but then sold for $450 for both. When the seller complained to StubHub about the mistake and requested that they cancel the sale, StubHub's customer service rep said they could, but they would have to charge the seller $100. They also accused the seller of changing the price of the tickets.

I may have mentioned this early, but it bears repeating: StubHub has a customer service issue. If you're going to sell tickets via StubHub, understand right up front that 1) their system has been known to experience costly glitches, like the one mentioned above, and 2) their customer service team is more likely to defend their system than they are to trust you.

With StubHub, seeing shouldn't be believing when it comes to ticket information. Numerous complaints against StubHub tell of customers buying tickets with certain expectations only to find their actual seating quite different. For instance, they buy tickets as a group, believing that the seats will be next to each other and that they will be able to enjoy the event together, only to find that they will be sharing the game with complete strangers.

Take this complaint, for example, from one PissedConsumer reviewer:

"I purchased two seats to Western Open Tennis. Section 719 seats 3 and 4. They are not together, they're on separate rows. I would never have purchased these if they were not together. I feel the seller was deceitful."

To avoid this awkward experience, we recommend that you review the tickets and the seating chart thoroughly and make sure you know where you will be seated in relation to the other people in your group before you purchase.

And even then, be careful about purchasing tickets on StubHub for a date, for instance. Instead of snuggling up beside one another, you might end up gazing longingly at your date from across the venue.

Is StubHub right for you?

StubHub seems to work fine for the majority of its customers. You can interpret this to mean that the chances of you having a great experience with them is high, but not guaranteed. So you're taking a bit of a gamble that one of the seven issues we've mentioned won't happen to you and perhaps ruin what should've been a memorable event.

It's also worth mentioning here that, according to reviews from customers and staff here at bestcompany.com, StubHub is not the best event ticketing site out there. Ticketmaster and TotallyTickets, for instance, scored much higher than StubHub. So you have options when it comes to finding a reliable place to purchase tickets.

To see how StubHub stacks up against the other ticket sellers out there, visit our Event Ticketing page today! 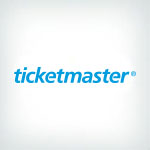 3 Ways to Display and Preserve Your Favorite Ticket Stubs

You just got home from the best concert ever. You had the time of your life. Like an entry-level hoarder who cannot imag...

3 Keys to a Fantastic Concert Experience

You have managed to get concert tickets for great seats at an even better price for one of your favorite musicians. Now ...