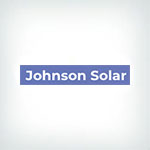 Johnson Solar was founded by Navy veteran former helicopter pilot, small business owner, and local San Diego resident, Clinton Johnson. After 20 years of service and installing solar panels on his own home, Johnson wanted to continue serving his community and helping others. To this day, Johnson strives to deliver quality products and exceptional customer service. His main goal is for San Diego to obtain energy independence and make the world a better place.

Johnson Solar, which offers a full range of solar and electrical services, claims to beat competitors quotes by at least $1,000 and typically completes installations within a few weeks of signing. Clinton Johnson, the company's owner, is actively involved in all phases of the solar installation process, and Johnson Solar doesn't subcontract its work.

Lowest Prices in the Area

According to the website, San Diego residents pay higher electric rates than most Californians and most Americans — meaning residents have more to gain by going solar.

Johnson Solar claims its services are the cheapest in the San Diego area. The company even boasts that its complete systems are as low as $2.70 per watt.

While many other installation companies will not advertise prices or hide hidden fees, Johnson Solar runs a reasonably transparent company. The company promises to keep costs to a minimum and guarantees that it can beat any quote.

Johnson is a Navy veteran and former helicopter pilot and his team is made up of retired military or law enforcement officers. Johnson Solar hopes that customers can take comfort in knowing that they are working with knowledgeable and reputable professionals.

Johnson Solar even encourages customers to bring up any issues or concerns — even if it is on-site — and the company will do what it can to resolve the problem.

Along with having the lowest prices and a trustworthy crew, Johnson Solar only uses the latest and highest-quality equipment for its installations. Its solar panels are known to produce the highest amount of power in the smallest square footage and the company uses SolarEdge inverters — which are some of the best in the industry.

Johnson Solar proudly offers its services to residents of San Diego County and other parts of Southern California. However, it isn't clear exactly which other counties Johnson Solar serves as they aren’t specifically named on the website.

Fortunately for San Diego County residents, Johnson Solar is dedicated to providing alternative energy solutions to the area. The company is a veteran-owned and operated business and takes great pride in its work. Johnson Solar boasts having the lowest prices in the area, and even claims that it will beat any other company's quote. The service area boundaries aren't entirely clear, so we suggest customers contact the company to ensure it services your area.

We recommend San Diego and Southern California residents keep Johnson Solar in mind when searching for a solar company.