Solar Energy on the Rise, as Jobs Increase over Last Five Years

Our goal, here at Best Company, is to provide you with honest, reliable information you need to find companies you can trust.
Topics: Solar News

It's certainly no secret that people are hearing more and more about solar energy as a viable way to power homes and buildings. The industry's growth has been robust, to say the least. 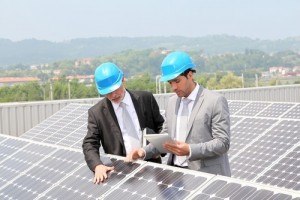 In fact, since the beginning of 2011, there have been more than 35,000 new jobs in this industry, double what exist before. Today, more people work in solar than in oil and gas fields, as solar is larger than the oil and gas industry, and it is triple the size of the coal mining industry. This point is further illustrated by the fact that oil and gas companies eliminated more than 17,000 jobs last year alone. This is due to the staggering drop in oil prices, which currently stand at $30 a barrel. Prices haven't been this low since 2003.

Meanwhile, the solar industry is booming, now employing around 209,000 panel installers, designers, engineers, sales associates, managers, and others in the U.S.

"The companies we're working with are begging to fill the [job] slots they have because they're growing so much," says Chris Gorrie, campus president of the Ecotech Institute, a for-profit job training center for solar and renewable energy in Aurora, Colorado. 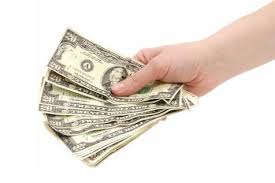 One solar company, Sunkey Energy, is particularly generous when it comes to rewarding employees. Company founder Todd Valdez pays his workers between $22 and $25, on average. His 25 employees do everything from design, installation and sales. Valdez has said that business has tripled in the past two years. He also said a couple of his employees are veterans of the oil industry.

"Our workload has definitely been rising tremendously," he said, added that the solar industry is "a good place to go now if you're looking for a career change."

Though Valdez admits not everyone is suited to work for solar companies, where long days on rooftops working with heavy equipment is the norm for some, there's no mistaking solar's popularity is rising. California and Massachusetts are Nos. 1 and 2, respectively, when it comes to solar energy jobs, while states such as Colorado, Arizona and New York are climbing up the charts.

Developing technologies have made it possible for solar power to be generated even without panels being exposed directly toward the sunlight. Plus, more people are getting their hands on solar power because of tax incentives for installing panels on their homes and property.

Not only are more people going solar, but it's costing them less as well. Dating back to 2010, solar equipment costs have plummeted 70 percent, giving homeowners yet another reason to dump traditional power in favor of this emerging option. 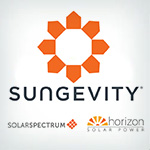 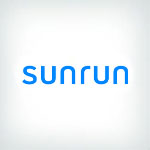