How Much Will I Save with Solar?

When considering whether to make the move from using traditional power to generate electricity for your home to harnessing the energy from the sun, people ask themselves at least two main questions: Is solar power environmentally friendly and will it be financially beneficial?

The answer to the first question seems to be a resounding yes, as using sun's solar power as a renewable energy source reduces the amount of fuel we would otherwise and limits greenhouse gas emissions.

And when it comes to your pocketbook, solar power is a bright idea.

There is no hard-fast simple answer to how much you'll save by using solar power over traditional electricity through your utility company. Many factors must be taken into account, including where you live (different places receives varying amounts of sunlight each day, month and year), how large your home is, how much you normally pay each month in electricity costs, and how large your solar power system would be.

But rest assured, solar power will save you cash.

The Savings Add up 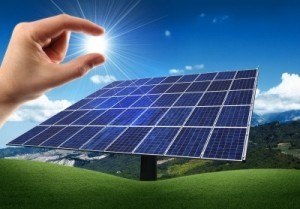 North Carolina State University recently conducted a study, examining this very question of how much people can expect to save by using solar power. The study found that people who installed a 5 kilowatt system on their home saw an average monthly savings between $44 and $187 per month.

Residents in the southwest portion of the United States are likely to see the greatest savings on their bills. This is because places such as Southern California, Nevada and Arizona get more sunlight than in other area of the country. In Los Angeles, for instance, solar customers can save up to $187 a month. That figure is $105 in Phoenix, Arizona, and $98 in Las Vegas, Nevada.

But even customers the rainy Northwest can expect to see some savings each month.

How Do You Save?

The obvious answer to why solar power will save you money is because using the sun won't cost you a dime. That great solar star in the sky is free, and you can count on it rising each day. The energy is stored in solar panels atop your home, so even at night or when the clouds obscure the sun, you can continue enjoying the power it produces. If you are fortunate enough to live where daily sunlight is most plentiful, it is highly possible to generate enough power where you never have to supplement the solar power with traditional power and pay your utility company.

Another reason why you'll save with solar is because the cost of solar panels has fallen dramatically over the years. Today, most households pay up to 70 percent less for solar panels than they did in the late 1990s. This is because there are far more companies producing and offering panels, thereby increasing the public demand for the resource.

One longstanding concern about converting to a solar energy system is the initial cost of installation. In years past, the up-front costs have been hefty; however, today, it's quite common to find companies willing to install panels and systems at nothing down. This happens through the handy power purchase agreement, which allows you to pay off the system over time like you would a car or home.

So, taking into considering your specific situation, how much can you save with a solar power system? Remember, it varies, largely by where you live. But if you call Hawaii your home, for example, you could save up to an astonishing $64,000 over 20 years. In California after 20 years customers could see a $34,000 savings. Nationally, the 20-year average savings is about $20,000.

There are a number of online tools and resources to turn to in order to learn how much money savings could be in store for you.