When it comes to supplying electricity to power the many appliances, electronics and other devices you use in your home every day, there can be no better friend than the sun.

Most of us accustomed to turning on a light switch, flipping on the television or starting a load of laundry knowing that we're getting that power from a utility grid for which we pay the local power company each month. However, the ever-emerging alternative of solar power is enticing many to switch from this traditional source.

Of course, using solar power is a different process, but there are also some surprising similarities to traditional power. This process involves several steps and uses different resources-and it all starts with that familiar bright orb in the sky. 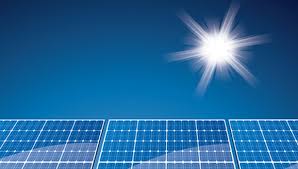 You can't have solar power without solar panels. It is most effective to place the panels on your roof, ideally facing south. The number of panels you'll need depends on the size of your home, how much power you will use and where you are located. For instance, different parts of the country and world receive more sunlight than others. Places where sunlight is more prevalent-desert areas, for example-will require fewer panels. A professional solar power designer and installer can help make these determinations.

When the sun's rays beat down on the panels, photons from the rays will absorb into individual cells within the panels. Through a process of electron rearrangement in the silicon-based cells, a direct current (DC) is created.

The DC will then flow into an important device called an inverter. The inverter is a key cog in the solar power equation because it is responsible for converting DC into an alternating current (AC). Your home can only uses AC to power all devices that require electricity, so this AC to DC change enables the electricity generated by the panels to become readily usable. The inverter will distribute the electricity all lights and devices in your home. 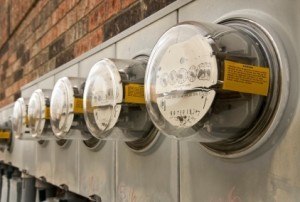 Just as in using traditional power, the utility meter plays a part in solar power. The meter will show how much power your home is using and producing from the solar power system. If you have excess power, it will be sent back to the grid.

A common question with solar power systems is what happens at night or during times when the sun is obscured such as in cloudy or otherwise poor weather. During sunny days, your system should produce enough extra electricity to store it in the grid. When the sun's rays are not hitting your solar panels, your system can recall previously unused power for needed use.

If you have a home or cabin in a remote area away from access to public utility grids, you can still rely on solar power for your electricity needs. In these cases, you can purchase and use a backup battery. Solar panels will generate power and store it in the batteries, at which time the inverter will draw the power as needed.