Hootsuite was founded in 2008 and is currently headquartered in Vancouver, British Columbia, Canada. Their CEO and founder is Ryan Holmes and they currently have over 10 million (and growing) users around the world. They claim to be the world’s most widely used social relationship platform. 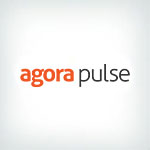 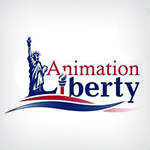 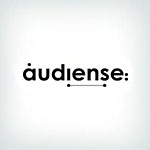 Their claim at being the world's most widely used social relationship platform is backed by their 70,000 plus reviews for just their mobile apps (iOS and Android). Their app, both iOS and Android, even has an average rating of 4 out of 5 stars. They offer great plans for everyone: Free, Pro for $9.99/month, and Enterprise. Their free plan includes more features than some of their competitor's priced plans. Their Enterprise plan is great for corporations, organizations, and governments with unparalleled amounts of features. Hootsuite provides both basic and enhanced analytics reports. They acquired the analytic company uberVU which is now uberVU via Hootsuite. Consumers can measure sentiment metrics with real-time spikes in brand sentiment. They can visualize social demographics (even down to city level) by gender and geography. With these reports, consumers can track their brand growth and see when and where their social profiles are growing. Hootsuite includes management for just about every possible social media platform: Facebook, LinkedIn, Twitter, Instagram, YouTube, Google Plus, Foursquare, Flickr, Tumblr, and more. They provide from 3 to 100 possible accounts that consumers can link to their system.

There were only a few "bad" aspects of Hootsuite. The main concern was that they do not disclose pricing for their Enterprise plan. It is understandable that that plan's pricing is dependent on the size of the business, but at least an average or estimated price range would have been nice. Also, Hootsuite is a relatively new company. They were founded in 2008 so they have only been around for about 7 years.
gavel

Hootsuite had every feature that consumers look for (and more) in a great social media tool. They are priced competitively, have high rated mobile apps, include basic and advanced reporting, have a large number of linkable accounts, and plenty of additional features. Their tool manages just about every social media platform out there. Other than the fact that they do not disclose their Enterprise plan pricing, they are as close to perfect as it gets. We recommend Hootsuite as a social media tool.
Was this content helpful?
thumb_up Yes thumb_down No
border_color Write a Review

We use Hootsuite at my job and it's a great platform for social media posting. Ryan Holmes did a great job with this. The company has webinars, career certification and an overall great product. The good thing about HS is that it also integrates with Wordpress so you can schedule blogs out on it as well.

I use HootSuite at my job for posting on clients pages and I absolutely love them. They are literally the best company I've worked with when it comes to social media scheduling.