After threatening to blackout all network programming on Dish Network if a deal wasn't reached by Thursday, it looks as though CBS will continue to be broadcast to the more than 14 million Dish subscribers while negotiations continue between the two companies.

After two extensions, CBS seemed unwilling to accept any offer Dish Network put on the table.

"Nexstar (CBS) regrets that DISH Network is willing to hold its paying subscribers hostage because it won't agree to fair and reasonable terms for viewers' favorite programming," a company spokesperson said on Thursday.

CBS recently faced Time Warner Cable in similar disputes, with Time Warner eventually backing down in negotiations. The network looks to do the same with Dish Network.

While the ultimatum date is quickly approaching, it seems the two sides have at least reconciled to the point that CBS will continue to be broadcast to all Dish Network customers until negotiations between the two sides are complete.

Talks seem to be headed toward an agreement between the two sides. Customers should look for a decision to be reached shortly. 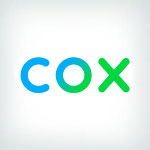