Self-driving vehicles are an inevitability for our future. But before consumers can hit the road in one of their own, they might find themselves in someone else’s on their way to the airport. Ridesharing and rental services have some of the biggest benefits from this innovation, primarily paying less for personnel. And autonomous cars may need to be regulated by temporary ride-offering services, because privately-owned cars could oversaturate roads. Who will be the first to tap into this revolutionary self-driving technology — rental car agencies or ridesharing services?

The answer may seem obvious from an initial glance. Ridesharing companies put a significant dent in the rental car industries’ market share with their transparent fees, mobile accessibility, and valet service. In numerous statistical reports and thinkpieces, Uber and Lyft are praised as meteors killing the rental-car dinosaurs that consolidated to drive up prices and remove competition. With ridesharing already being an innovative idea that has skyrocketed to success, and with Waymo announcing a (rather limited) self-driving rideshare service, it looks like rental car companies will be lucky if they can keep up. However, that’s exactly what they intend to do.

But how can they compare to the ridesharing companies helping autonomous vehicles hit U.S. roads? Uber and Lyft have raced to incorporate self-driving cars into their fleets. Lyft partnered with Aptiv and Waymo to provide autonomous rides in Las Vegas and Phoenix; Uber sunk over a billion dollars in self-driving technology while placing its bets on its own staff to refine self-driving cars. Then Tesla jumped into the fray with lofty promises of robotaxis filling the streets of America by 2020. But all these promises are failing to live up to their expectations. Some services require human chaperones for the “autonomous” ride; others have proven major safety risks and boast technological incompetence compared to human drivers. For now, ridesharing companies are stalling, trying to pave a way forward when legislation and public opinion often force them to yield.

In the meantime, what have rental car companies been doing? Playing bingo and giving grandchildren hard candy? Not so.

This evolution has changed how some rental companies view ridesharing. Behind Waymo’s ridesharing app, a fleet of Phoenix-based personnel is cleaning and fine-tuning the autonomous vehicles between rides — that would be the employees of rental car company Avis. Waymo delivers the car to your door, but Avis keeps the car running and clean and provides the car a lot to stay in while it’s idle. Hertz has followed suit by partnering with Aptiv in Las Vegas to manage its self-driving fleet, and Enterprise is partnering with Voyage to service its own autonomous cars. The self-driving revolution should be pitting ridesharing and rental companies as competitors, but it has instead created a symbiotic relationship that might allow both to thrive. In the future, the two may fuse entirely.

But for now, this is a clever move for rental car companies, who foresaw all the struggles of getting ahead by developing their own self-driving technology. “I think we are still a couple of years away from having advanced self-driving vehicles that rental car companies could use without risking a devastating lawsuit,” explains Tony Arevalo, car insurance agent for Carsurance. “While you are using the services of a ridesharing company, such as Uber, your driver and their insurance are liable for injuries you can suffer. If you used a rented self-driving car, the rental car company and the vehicle's manufacturer would be responsible for anything bad that happens to you.” Rental car companies can’t take that gamble until autonomous vehicles are rigorously tested and vetted as reliable transportation — which is years to come.

Rather than blowing millions or billions of dollars on brittle artificial intelligence and fighting policymakers on accident liability and safety regulations, rental car companies have offered to babysit, biding their time and seeing how the battle plays out. Uber and Lyft have a lot to lose if their self-driving cars don’t perform; Hertz, Enterprise, and Avis simply have a few tentative partnerships that could sputter out and die. Is this move too slow? This is a typical complaint of most rental car companies' choices, and possibly their choice will not be enough. But it is safe, and slow and steady wins the race.

Also read: Top Rental Car Tips: 20 to Make Your Next Rental the Best Ever 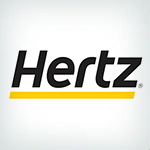 Your Guide to Car Rentals for Business Travel

Your Guide to Car Rentals for Business Travel

Sign up below to receive a monthly newsletter containing relevant news, resources and expert tips on Rental Cars and other products and services.