10 People Worse than You at Cooking

Jordan Grimmer is the head content manager, editor, and writer at bestcompany.com. He oversees all on-site content production, the bestcompany.com Medium page, as well as his own personal blog. You can follow Jordan on Twitter. 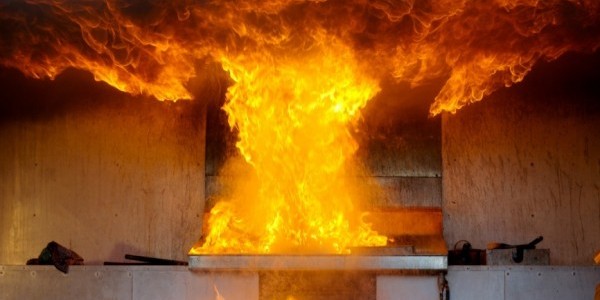 For many of us, the holiday season is not only a time to reconnect with family and friends; it's a time to enjoy delicious food! You can ask anyone what their favorite holiday memories are, and more likely than not, the memory will have taken place over dinner, at breakfast, or while eating dessert; however, for some of us, this upcoming holiday season represents our first attempts at cooking a family meal. And despite the vast array of helpful recipe sites available, we still feel a little intimidated. We don't want to ruin the holidays with our poor cooking.

But you know whose worse at cooking than you could ever hope to be? The people portrayed in cookware infomercials. To help show the "rising demand" of whatever cookware this infomercial is trying to sell, the company that owns the cookware hires actors to display ridiculously poor judgment and skill when it comes to cooking. So, to put you in a better mood this holiday season, we've assembled a list of 10 people you're already better at cooking than. Enjoy!

We're not exactly sure what product this is supposed to be advertising. Perhaps some kind of targeting system to prevent you from missing the pan?

Not only did this "grill master" seem to place his barbecue grill on a hill, but he also intentionally knocks the side of the grill to get those hotdogs rolling. Last he makes a poor attempt to "save" that final hotdog with a spatula? Who uses a spatula to turn hotdogs?

This one is kind of a victory, because at least she didn't just reach her hand into the still boiling water to see if the noodles were done. We're giving this lady an award!

Personally, I think this family is being way to harsh on mom here. Dad's so scared of getting soda on his straight-flush that you'd think he just narrowly avoided being hit by a speeding bus. But, that's what he gets for teaching his children how to gamble.

Why do these people have such a hard time with eggs? This person doesn't even appear to know when the egg is done (hint: it should look a little different than it did when you dropped it in the pan).

Okay, some of the other examples on this list are at least half-believable. But this?? First of all, where did this woman find a splitting wedge (used to split wood apart with a sledgehammer), and second, what's it doing in her kitchen? I'm not saying a splitting wedge isn't a good tool for slicing bread, but she's using the flat side! At least use the side that even remotely resembles a knife.

Look, I indulge just as much as this next guy, but this is the club sandwich to end all club sandwiches. In fact, I'm not sure I want to be a member of this club, since it appears that Jabba the Hut is the club president.

I'm not sure what's worse here: the ridiculous, over-the-top juggling act this lady pulled off with a single spice jar, or the look of sheer horror that has dawned on her face. I have to say, with that reaction, I think adding that pinch of nutmeg to her dish is the absolute least of her worries.

Okay, this isn't a cooking infomercial, but c'mon. Do your really have that hard a time cutting off a piece of plastic wrap?

In the Know - Episode 4: Thanksgiving Hero

Jordan: This is In the Know by BestCompany.com. I'm Jordan Grimmer. In preparation for Thanksgiving this week, we are d...

It's that time again. It's grilling season and everyone has their own idea of what a perfect burger tastes like. Person...

Pinterest has not been in a hurry to open its data to developers. That all changes now. Integrating with Pinterest is m...