It's that time again. It's grilling season and everyone has their own idea of what a perfect burger tastes like. Personally, I like a charred, medium-well burger with lettuce, mayo and mustard. Hold the tomato. I know people who prefer nothing but a thin patty on a Wonder Bread bun, with no toppings except Kraft American cheese. This year, for Independence Day I'm going to attempt to impress my friends by learning from someone I trust. His name is Anthony Bourdain. I almost always agree, on everything, with this ex New York chef who became a writer and TV show host. On his show, No Reservations, he travels the world sampling delicacies and asking people deep questions like "When did England stop caring about food?" Mr. Bourdain has given generous compliments to In-N-Out Burger, a burger chain in California, but he offered even more appreciative words to Laurent Tourandel. Monsieur Tourandel, Anthony says, makes a burger better than any he's eaten in the US. In a No Reservations Episode set at his restaurant in France, Tourandel cheerfully explains his "BLT beurr geurr recipe", "beurr geurr" being the best way I can explain his accented pronunciation of "burger," in which both syllables are stressed equally and the "r" is pronounced the French way. Here's how you can imitate his "BLT Beurr Geurr." Warning: This recipe is designed for flat, griddle-style cooking surfaces. You may not achieve the chef's desired results using charcoal (but you'll probably end up with a good burger). It may be helpful to make small batches of this recipe. You'll Need Ground beef, 7 oz per serving. It should be very fresh and very high quality, because your burgers will be medium-rare. It should also be about 80% lean. Butter, melted. Basting brush (preferably). Double smoked bacon, about one strip per patty. Some good sesame seed buns. Good American cheese, 1 slice per patty. Basting cover or light metal bowl (preferably). Russian dressing. Onion, sliced and separated into rings. Lettuce. Tomato, sliced. Pickle (dill, I assume). Instructions Form your patties. Just make them into hockey puck shapes having a slightly shorter diameter than your burger buns. Add a decent seasoning of salt and pepper to both sides of each patty. Brush one side of a patty with melted butter, place that side on a hot griddle (medium-high heat). Add more patties to the griddle, preparing them the same way. Don't press down on the burgers. Put your bacon on the griddle and cook it do desired crispness. Flip the burgers when you start to see a brown crust against the griddle. Cook the other side the same way. There should be enough butter and fat on the griddle, so you don't have to add more when you flip. Don't press down on the burgers. Touch the meat and determine its doneness. Monsieur Tourandel recommends the fist method for determining it. Learn it here. These burgers should be medium rare. Put a slice of cheese on top of each patty when they are cooked to medium-rare. Cover each patty with a basting cover or metal bowl if you can. Grill each side of your buns on buttered area or in the burger fat on the griddle. Don't burn, but brown. Be careful not to overcook the sesame seeds. It may only take 20-30 seconds. Assemble your burgers using the rest of the ingredients. Voila! Need more recipes? Find out where to look.

You're at a ballpark watching a minor league ball game somewhere the USA, in July. You're sweating as you adjust your hat to shield your face from the sun. The pitcher throws and the batter connects.  It's a pop fly straight to right field, where the ball is caught. The crowd releases a squeal or two and some claps. A couple of guys yell "yeeeaa!" from behind you. As the right fielder starts running towards the dugout, a kid passes in front of you and sits down with a little paper tray and a burger. You look back into the field but you realize that burger didn't look right. Is that....is it a doughnut for a bun? You're not going crazy. Doughnut burgers are a thing, and chefs are getting bolder with their doughnut creations. Here are some of the best-known doughnut and meat artists. 1. Wilmington, DE: The Wilmington BlueRocks This is creative, I'll give them that. Sane? I don't know. Creative? Yea! The Wilmington BlueRocks, a minor league baseball team, went as far as to partner with Krispy Kreme to create the first-known doughnut hot dog bun. Here's where it gets wacky. The doughnut bun is opened, like a normal hot dog bun. It is then slathered with, not ketchup, but raspberry jelly before the hot dog is placed inside. Then, crispy bacon chips go on top. WHOA! 2. San Diego, CA: San Diego County Fair (and other events, possibly) Last year, visitors at the San Diego County Fair fell head over heels for the Krispy Kreme Triple Cheeseburger. It has two whole doughnuts on either end of it and, of course, three burger patties with a slice of cheese on top of each. It was created and served by Chicken Charlie's. The vendor also offers a "krispy kreme sandwich", which appears to be two halves of a doughnut on either side of a single burger patty. 3. St. Louis, MO: Strange Donuts At Strange Donuts, you can order normal doughnuts or you can order doughnuts that could only have been imagined by a mad man...or mad genius, depending on your tastes. Spaghetti and meatball doughnuts, fried fish doughnut burgers, grilled cheese doughnut sandwiches, maple bacon doughnuts... Just go there, and don't be surprised to find out that everybody calls them "dones". No, not "duns", Doughns. DOEns. Duh + Owns. Get it? 4. Sauget, IL: Gateway Grizzlies I think I once heard that the original doughnut burger, sometimes called a "Luther burger", came from this place. However, the original creator is disputed within the doughnut/meat sandwich industry. I wouldn't be surprised if the original came from this area, though. Sauget is not far from St. Louis. The Luther burger is popular around here. Anyway, the Grizzlies are another baseball team you can enjoy while you eat beef patties inside Krispy Kreme doughnut halves. Here, there's also sharp cheddar and bacon in there. 5. Savannah, GA: Paula Deen's House Yes, the queen of buttery, buttery, rich, salty, buttery......buttery southern dishes is known to enjoy a bacon doughnut fried egg burger. You're not surprised, are you? Where else can you find innovative doughnut food? Let us know in the comments below.

DISCLAIMER: The following list does not refer to any dish which has been Americanized or created with substitute ingredients. This is about traditional, authentic regional food (mostly). According to a CNN list, the healthiest cuisines are as follows. 1. Greek If you're familiar with real Greek food, you know that Mediterranian cuisine is full of leafy veggies, fresh fruit, high-fiber beans, lentils, grains, olive oil, and fish. There are lots of antioxidants, vitamins, fiber and Omega 3s in those foods.  Just avoid the cheese pies and gyros. Harvard University found that adhering to a Mediterranian diet makes you 25% less at risk of heart disease and cancer. 2. California Fresh This is more of a trend than an ethnic cuisine but it is extremely healthy, nonetheless. Its popularity is growing and people all over the globe now enjoy this new style. It's all about eating local food that is prepared simply. If you eat food that is really local, it's going to be seasonal. Think farmers market, minimally processed, vegetables, fruits, low seasoning and low fat. That sounds healthy, right? 3. Vietnamese The Vietnamese love fish, and fish is good for you. They also love fresh, raw vegetables. While the food is rich and flavorful in Vietnam, the Vietnamese don't rely on fatty broths or butter to achieve those flavors. With a few exceptions, Vietnamese food is healthy and delicious. 4. Japanese Life expectancy for Japanese people is the highest in the world, at 84.6 years. Let's get real, they don't eat fried rice with shrimp and beef every day. The Japanese diet is much more complex and diverse. Ingredients are usually not processed too much. Vegetables, beans and mushrooms are common. Seaweed, not just in maki rolls, is very popular and good for thyroid function. Like other Asians, the Japanese tend to eat a lot of rice and vegetables with a small amount of meat. That's against the grain for many Westerners. 5. Indian The health qualities of Indian food revolve mostly around spices and yogurt. Turmeric, found in curries, is said to prevent Alzheimer's disease and may have anti-inflammatory properties. Indians have a much lower rate of Alzheimer's occurrence than Americans (4 times). We all know that yogurt's live cultures aid digestion and boost immune function. Yogurt is found in raita and lassi, Indian favorites. Don't stop here. CNN's list includes 5 more cuisines.  One could be your favorite! 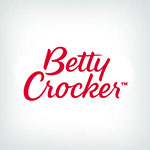