What is the Most Important Feature in a Press Release Service?

A press release is an official statement about a specific subject matter that you give to a newspaper to help spread your news. The 'new' newspaper is considered the world wide web. With today's technology, it is as easy as typing up a template and submitting it to a press release service. They do the hard work for you! The problem is finding the best service for your needs!

With over 500 participants, the majority voted that none of the answers provided were the most important feature in a press release service. It is apparent, that most participants find something else more important. Could that be price? The answer remains...a mystery!

Let's break down the options a bit to see what each entails. Starting off with media exposure. This means being able to not only expose your press release but in the relevant field to your work. Some people might think they would rather spread their press release in any and every area. It all depends on whether you believe in quantity over quality or visa versa. This is obviously important to some as it was the second most popular feature.

After media exposure came analytics. Analytics are important because it can help you replicate successes and avoid failures. Being able to see data from your past press releases can help you know what works and what doesn't.

Optimization helps you to get your press release recognized by search engines. Better optimization equals 'front page of the newspaper'. You want your official statement to be front and center for everyone to see!

Last, and in this case least, is the submission process. How easy is it to submit the press release on the website? Having an easy format to send out your press release will save you time and prevent frustration. Majority of the participants found this to be the least important feature in a press release service. 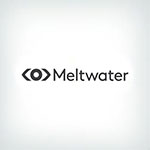 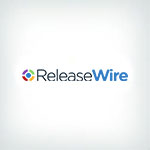