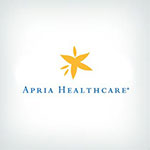 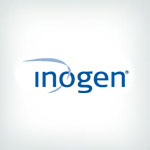 As a healthcare organization, Apria offers not just equipment but also caring support from staff. When delivering equipment, specialists talk to patients and caregivers and evaluate the home environment. Patients requiring oxygen therapy can receive one-on-one education from a licensed Respiratory Therapist via Apria. Apria Healthcare's customer service and supplementary resources give the impression that Apria is involved in their customers' well-being.

Apria products can be returned within 30 days of ship date for a full refund less shipping costs. However, products must be in the original packaging, unopened, and unused to be refunded. Medical devices are considered opened if removed from product packaging.

Other Respiratory Services and Supplies

Patients with sleep apnea can also purchase their own devices through ApriaDirect. Products include both in-home and travel oxygen therapy.

Only One POC Available

ApriaDirect Does Not Accept Insurance

While ApriaDirect does accept FSA and HSA cards, the supplier does not process health insurance claims. This does not mean the equipment available on ApriaDirect isn't covered by insurance, but it means a customer will have to manually work through their insurance company to see if their purchase will be deductible.

I prefer to pay my bills online; however Apria has a very primitive online system which can't seem to account for payments that were made by mail. Also, I neither understand nor do I trust their customer representative who calls my home to report that my payment is late. I have complained to my health insurance company and they have worked with Apria. They require a 4-hour window for maintenance checks; and I have been stood up at least twice. I recall visiting one of their local offices; and I was appalled at their condescending attitude towards the customers. I will not tolerate such behavior; and I will not have my time wasted!

I have been with Apria for over 10 years and used to love dealing with them. Within the last year, the company outsourced their billing and customer service to the Philippines. Since that time, the robocalls have been nonstop. As soon as I blocked one number, they start calling with another number. I placed an order in February and then again in August. I have excellent insurance and I was told what my co-pay would be while on the phone ordering supplies. I gave them my FSA debit card to pay for those co-pays knowing exactly what amount was being charged. To my surprise, I was charged $130.00 more than I was told. When I called, I could barely understand the person on the phone. Finally, I understood that my insurance company denied my claim. So, I called my insurance company only to find out that Apria never even put the claim through to my insurance. My insurance company put me on hold and contacted Apria. They told Apria to submit the claim as it was never billed through my insurance. They too struggled to communicate with the person on the phone. Finally the Apria representative said they would submit it. Well, it has been three weeks since that call with no word on the claim. So, I again called my insurance company and they contacted Apria again and put me on hold. After holding for 35 minutes, my insurance company got back on the line with me and said that the Apria representative states they didn't charge my flex card. So, I called my FSA company to verify that the charge was from Apria and it was definitely charged by Apria. To say that I am livid is an understatement. I have had to spend my time and energy to rectify what some person in the Philippines messed up. After reading other reviews on Apria Heathcare, I'm not alone in my anger and frustration! I even wrote an email to the president of Apria with no response. I'm submitting this review so others can avoid the headaches that I and others are enduring.