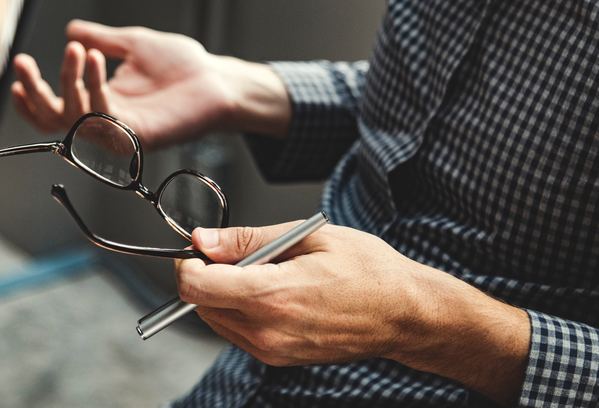 Many young adults are nervous to start investing. They face various financial obligations and feel that they don’t have money to spare. How are you supposed to put money away when you need that money to pay the bills? How should you go about investing? Is it safe?

The following answers to these questions and more were provided by Dr. Robert R. Johnson, a Professor of Finance at Creighton University.

How can young adults start long-term investing when they have so many other financial obligations like mortgages, student loans, low income, and credit card debt?

Johnson: It is actually fairly simply to accumulate long term wealth if you don’t live beyond your means and make investing for your future a priority.

Debt extinguishment should certainly be a priority. To quote Albert Einstein “Compound interest is the eighth wonder of the world. He who understands it, earns it ... he who doesn't, pays it.” People can put their investment house in order by reducing debt and acquiring assets that grow in value over time. The fastest way to change one's net worth for the positive is to obtain more assets that earn compound in value (like stocks or CDs) and reduce one's debts and lower interest payments.

Paying off high interest credit card debt should be people’s top priority on the road to financial independence. Credit card debt can be debilitating and can prevent people from improving their financial position.

But, achieving financial security is not a linear process. By that, I mean that you often have to work on several competing goals at once. For instance, some people are so intent on extinguishing their credit card debt — certainly a worthy goal — that they choose not to participate in a workplace 401k plan. A 401k plan affords the participant many advantages. First, the contributions made reduce your income tax bill by reducing taxable income. Second, if the employer matches contributions — essentially you receive an immediate 100 percent return on investment. When one doesn’t participate in an employee matching plan, one is essentially turning down free money.

The choice to save for retirement is a choice between current consumption and future consumption. It is very difficult for many people to imagine their future self and give up that vacation or new car today in lieu of having money to retire on in the distant future. Last year, University of Chicago Professor Richard Thaler received the Nobel Prize in economics for his work in behavioral finance. The premise of behavioral finance is that human beings aren’t rational profit maximizing machines, but often succumb to behavioral biases. One of the biggest behavioral biases that humans succumb to is the bias toward immediate gratification over delayed gratification. That is, our present selves tend to win over our future selves.

What practical investment advice do you have for young adults?

Johnson: Counterintuitively, the biggest mistake people in their 20s make is not taking enough risk — individuals need to be taught to invest for retirement and not to save for retirement. The surest way to build true long-term wealth for retirement is to invest in the stock market. Starting early is the key to successfully building wealth because of the effect of compound interest. Time is the greatest ally of the investor because of the "magic" of compound interest.

Mistakes begin early in life and the biggest financial mistake people make is taking too little risk, not too much risk. In fact, a recent UBS study showed that millennials and the World War II generation have similar asset allocations — low allocations to equities and inordinately high allocations to cash. Both generations were shaped by cataclysmic financial events in their formative years — the WWII Generation with the Great Depression and Millennials with the Financial Crisis. Millennials need to begin compounding early, and let that compounding work its patient magic over decades.

According to data compiled by Ibbotson Associates, large capitalization stocks (think S&P 500) returned 10.0 percent compounded annually from 1926-2018. Over that same time period long-term government bonds returned 5.5 percent annually and t-bills returned 3.3 percent annually. The surest way to build wealth over long time horizons is to invest in a diversified portfolio of common stocks. Someone with a long time horizon should not have exposure to money market instruments, yet many investors do because they fear the volatility of the stock market. Trying to pick winners, for most, is a loser's game. The solution is to invest in diversified funds and you don’t need to pick those winners.

Just like the positive influence of compound increases with time, the influence of fees increases over time. That is, fees compound over time just like investment returns. Jack Bogle, founder of Vanguard has referred to this phenomenon as “the tyranny of compounding costs.”  That is, suppose you have an account that grows in value by 8 percent annually before fees and that you pay 1 percent of assets under management to have that account managed — in effect, you earn effectively 7 percent compounded annually. If you had $1 million to start with, in 20 years you would have $3.87 million — not bad. But, if you didn’t pay 1 percent annually in fees, you would have accumulated $4.66 million. That seemingly innocuous 1 percent annual fee cost you $790,000.

Johnson: Yes, because time and compounding work. True monetary wealth can be achieved. In the 2018 Berkshire Hathaway Shareholder letter, Buffett details how if his first investment ($114.75, a sum equivalent to over $2,000 today) at age 11 were invested in an S&P 500 no-fee index fund, it would be $608,011 at the time of his letter. That is with all dividends reinvested and with no additional capital added. That is a gain of 5,288 for 1.

Compounding is interest on interest, return on return. And, this example is simply one of earning the market return. For the average person, the surest way to accumulate long-term wealth requires three things: time, discipline (to keep investing), and patience (not trying to time the markets).

What's the best way to plan for their financial future?

Johnson: Time is the greatest ally for the investor. People in their 20s should begin investing in a low-fee, diversified equity index fund and continue to invest consistently whether the market is up, down, or sideways. Dollar-cost averaging into an index mutual fund or ETF is a terrific lifelong strategy. The mantra should be to invest “early and often.”

Is it too early to start investing? Professor Johnson says no. With time on your side, even small investments now can start your nest egg for the future.

With the money you need to hold on to for your emergency fund and bill payments, consider using an online bank with a high interest rate.

In addition to being a finance professor at Creighton University, Robert R. Johnon is also the Chairman and CEO of Economic Index Associates and co-author of The Tools and Techniques of Investment Planning, Investment Banking for Dummies, Strategic Value Investing and Invest With the Fed. He was also the former President and CEO of The American College of Financial Services and former Deputy CEO of CFA Institute. 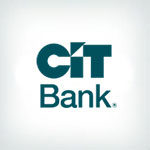 Guest Post by Maggie Potter Some seasons like the time around Thanksgiving and Christmas encourage more charitable givi...

The Importance of Separating Personal and Business Finance...

Guest Post by Emily Morgan Once you launch a business, you often use your personal assets as investment or your credit...