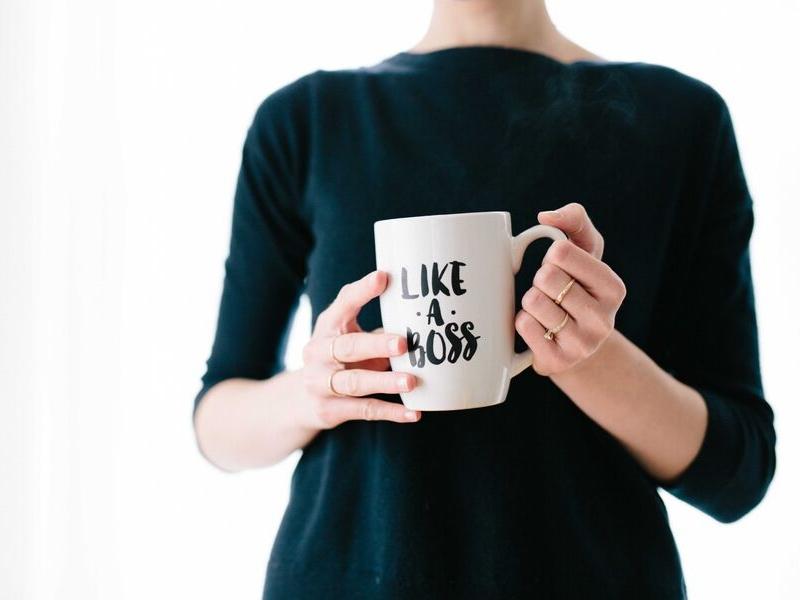 Legal and financial advisors always warn you to read the fine print before signing a contract. And much to your dismay, you’ve probably found all those terms and conditions to be dry and confusing at best, but intentionally deceptive at worst.

Many experts claim that the fine print of multi-level marketing errs on the side of intentionally deceptive. With little information disclosed by the companies themselves, much evidence for and against MLMs amounts to hearsay from current and former distributors. They will either tell you it’s the experience of a lifetime or the nightmare that has them losing sleep. The polarity can be shocking.

The most shocking evidence, though, is research from the FTC claiming 99 percent of MLM representatives will lose money. Because I’ve heard both sides of the argument, with some refuting this claim and others ardently supporting it, I decided to conduct my own research from the source: the multi-level marketing companies themselves.

MLMs typically keep mum about representative earnings, but the slew of backlash that many visible companies receive has pushed them toward transparency. This comes in the form of income disclosure statements, or tables disclosing the earnings of their representatives at each rank. For example, this is what an income disclosure statement may look like:

*The example above is not intended to negatively target the company exemplified. In this article, examples of disclosure statements will have company titles and referents removed to keep findings and examples general. If you'd like to know more about a specific company, read our MLM reviews.

MLM companies are not legally required to provide an income disclosure statement in the United States, though some countries have their own requirements enforcing disclosure. Requirements for a transparent statement are often unclear.

I looked at 100 MLM companies to analyze their income disclosure statements (or lack thereof) and collected data on earnings and transparency. Below is an infographic of my findings. If you want an in-depth explanation, read on.

Why recording revenue is an issue

If I really wanted to break my back, I also could’ve recorded each MLM's startup costs, membership fees, and community fees where recorded. But given that these charges aren’t always publicly available, this would’ve been challenging.

Why would I want to do this? When an MLM records average annual revenue, that means all the fees of being a representative are excluded; it makes earnings look higher than they are.

*Many statements had a disclaimer such as this, noting that the chart only records gross income.

For example, many representatives in the pay ranking just above the bottom made a few hundred dollars a year. But between startup costs and training investments, this could have resulted in a net loss.

At first glance, it looks like my figure is more optimistic than the FTC’s findings. But based on my research, I think they’re correct. Bear in mind that my data was on the lowest tier of each of the 42 MLMs that disclosed, and MLMs only recorded revenue.

In addition to the 58 that didn’t disclose for the United States, several MLMs with an income disclosure statement would mention that their table only included those who received commission (meaning they excluded representatives from their lowest tier who didn’t make commission), but these MLMs didn’t provide a figure for the portion represented by their income statement. In other words, it was impossible to determine how many people were at their lowest pay rank and what these people were making. I therefore had to exclude them from my calculations of the average annual revenue for the lowest pay ranking. 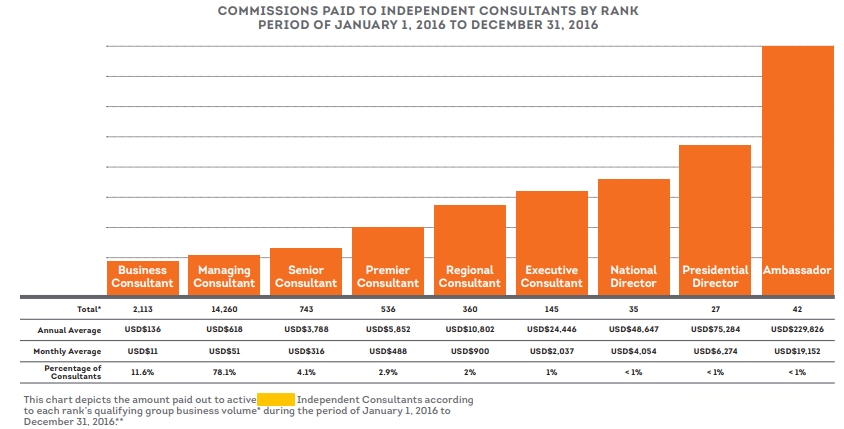 *See the fine print mentioning that Independent Consultants who didn't maintain a business volume aren't counted in this chart? It was impossible to determine how many of these "inactive" reps existed.

The lack of transparency made it difficult to find the information for this study. Not only was it wearisome to find the bottom tier of distributors, but it was also tough to find the total number of distributors represented by a companies’ income disclosure statements. Because of that, I can’t deny that there is room for error in this study. To find the number of distributors within a company, I would use the companies’ websites where possible, then Direct Selling News’s Company Profiles as a Plan B, then resort to Googling it and seeing if I produced any answer. By the time I resorted to the third option, sources typically disagreed.

Here are a list of items that might have been helpful that many MLMs did not include in their income disclosure statements:

What do you mean "openly disclose"?

You may be wondering how I arrived at my dismally low 12 percent of the 42 MLMs that openly disclose their lowest pay ranking. And I would like to define “openly disclose” in this instance: the lowest pay rank is listed on the company’s income disclosure table. Not in some small note, subtext, or in the explanation above the table, but in the data table that is supposed to hold all the figures. 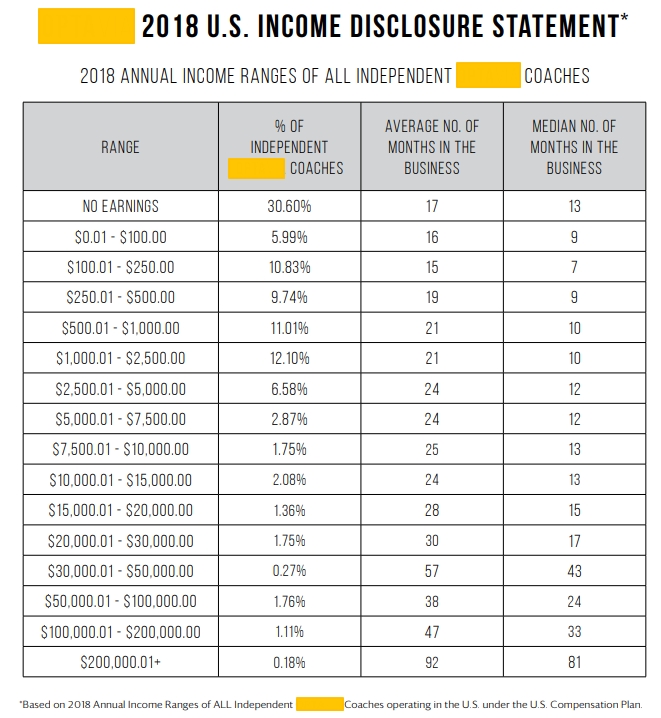 *A transparent, easy-to-read statement with the lowest pay ranking included in the table.

A lack of open disclosure gives the sense that network marketing companies would like to intentionally mislead readers. Here was my pattern of research: My eyes are instantly drawn to the table. I read the lowest pay rank. I see that they’re making a few hundred dollars annually. Then I go through and read the (sometimes several pages of) explanation and the company explains something along the lines of “80% of representatives made no commission. This disclosure statement includes those who did.”

*This company included this statement (mercifully) directly below its disclosure table. Notice the activity requirements outlined in this disclaimer. More on that below.

Whether or not it was the company's intention, excluding lowest tier of representaive earnings from the data table lacks transparency and lowers my trust.

The problem with activity requirements

Adding to this idea is the fact that 67 percent of disclosure statements excluded representatives’ earning data from the income disclosure table because the representatives were qualified as inactive. Activity requirements varied by company and could be anything from meeting monthly minimum PV to recruiting one other rep to hinting at activity requirements but not outlining them in the statement. An MLM company would sometimes mention what percentage of representatives were considered inactive  — this would be what I consider the lowest pay ranking for that company. They are still affiliated with the business as a representative but are not qualified to receive pay.

Understanding individual MLM’s activity requirements was the most mystifying difficulty. In many cases, representatives were considered inactive if they hadn’t made a commission. From the outside looking in, that seems like an intentional method to remove their data from disclosure.

*This MLM included data for Paid Consultants only in their table, with this disclaimer outside of it. In other words, 46 percent of Consultants made no revenue. This company also had a PV requirement that considered Consultants as ineligible for commissions if they didn't purchase $100 of product monthly. What we liked about this company is it openly disclosed its total number of distributors.

But I understand why some readers might dislike that I included inactive distributors as the lowest rank. Many companies provided the disclaimer that a majority of distributors sign up to receive product discounts — not commissions. These distributors qualified as ineligible for commissions but might not have had a negative experience with a company and could be okay with a net loss of profit.

Do your homework and read everything. If a representative comes to you with an MLM opportunity, don’t simply count on their word, but read reviews from both sides of the argument, thoroughly read the company’s income disclosure statements, and read information on the company’s lawsuits.

Many will see the results of this study and still assert that MLMs have enough earning opportunity to be an attractive work-from-home job. Numerous resources will provide you with an informed outlook on the subject that will help you assess an MLM's earnings, risks, and rewards. The Federal Trade Commission and Direct Selling News are two good additional resources. 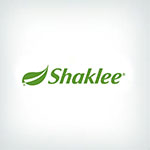 USANA Founder's Net Worth Reaches $1B After Announcing Ind...

Anybody lucky enough to get in on a multilevel marketing business near the time of its founding has the potential to ear...

Seventy-five percent of direct sellers are women. Contrast that with the demographic make-up of the U.S. workforce over...