The Shifting Face of Gender Marketing: How Logos Tell the Story 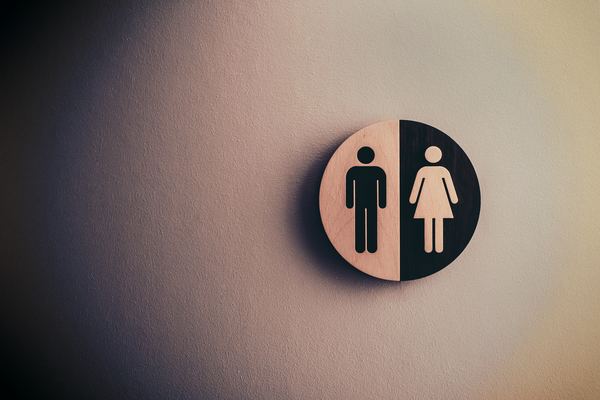 If you’ve spent any time considering your target audience, you’ve likely considered gender. And you’ve likely wondered whether it should be relevant in your design, given that many companies have received a slap on the wrist for their ham-fisted gender stereotypes.

With minimalistic logo design on trend and with social attitudes leaning toward less gendered branding, we’re seeing more companies forego the stereotypes. But are they being bold and taking a stand, or are they shrinking into a new mold on a shelf of black-and-white, Helvetica-toting products?

You might have similar thoughts about your own company. You could be juggling these questions: Do audiences still respond to gender marketing? Isn’t it unwise to target a large audience with your brand? Is gender-neutral branding a passing trend?

Not how you’d expect, not always, and no. In that order.

Gender-focused marketing isn’t entirely wrong, but it requires a level of self-awareness that may be difficult to cultivate. When you play with stereotypes, you play with fire. Using curved fonts and pink or using thick lines and blue might not always have the predicted outcome — blue is the favorite color of both genders, and typography also influences users with its readability and alignment. As Vince Bridgman of Novanym notes, “Although these design cliches can be employed with irony and wit, there’s a danger here of being narrow-minded and of pandering to tired stereotypes.”

As for marketing with irony and wit, Matt Erickson of National Positions brings up this brand: Man Crates. Its logo plays on masculine stereotypes to the extreme: the utilitarian design mimics an imperfect stamp on a wooden crate, with blocky typography typically associated with the construction industry. The logo acts as a stamp for the crate packaging, wielding its rustic design to evoke a do-it-yourself, home improvement attitude.

Man Crates has transformed this idea into a successful small business, but this might have been aided by how far they leaned into their stereotype for products that are traditionally gender-associated: golf balls, grilling accessories, knife kits.

But traditionally gender-associated products are losing ground as being gender-locked. Take cosmetics as an example. As Shane Hebzynski of 3CatsLabs explains, “Cosmetics . . . [is] an industry which is strongly feminine because traditionally the products offered needed to attract women as customers. However, let's look at the Sephora logo. If viewing the Sephora word mark in isolation, it could be for anything and for anyone.” It has the classic black and white, the minimalist S-shape, and the simple font face. If its name were replaced with that of another company, a consumer would be unable to identify its target gender market.

It could be that Sephora is a French-based cosmetics company, a culture that has long associated luxury with black-and-white simplicity. But Erickson, too, comments on the shift in the cosmetics industry: “Some of the biggest names in cosmetology on YouTube are men of various gender distinctions, many with their own thriving product lines.”

These men haven’t been deterred by other feminine makeup branding. Many of these new-wave makeup artists lean into female design stereotypes (script fonts and pinks) or gender neutral design in their product lines.

Companies started creating makeup lines designed to appeal to men such as Stryx and War Paint, but instead of a warm embrace, they receive a slew of negative feedback. Why is this?

It could be that the industry captured an audience that enjoys breaking the mold of its stereotyped brands. Interbrand’s analysis of gender in marketing notes that a prime example of this is Harley-Davidson. Female riders are on the rise, and though the brand was targeted for men, they capitalize on this shift by offering riding courses and garage parties for the women eager to break into a traditionally masculine field. The logo’s geometric font, black background, and front-fender medallion shape are traditionally masculine design conventions.

The takeaway of this information is that if you choose a traditionally masculine or feminine logo and brand, it might not play out how you expect. You could discover a wealth of potential with another audience that flocks to your brand because of its association with stereotypes of the opposite gender. And if you are opting for gendered marketing, you might need that irony and wit to carry the brand with poise.

But instead of navigating this complex social situation, most companies are opting out of the gender-based market to create something more neutral like Sephora’s brand.

What’s causing the de-emphasis on gender?

Brands have to interact with their audiences more closely than ever before. And if a company does something embarrassing, foolish, or rude, everyone can talk about it with thousands of other people. If your company fails to be culturally conscious, it can have severe repercussions.

Seventy-six percent of female consumers and 71 percent of male consumers believe gender portrayal in marketing is out of touch, meaning there’s a large market share that can complain about how you’re targeting a specific gender. “People are waking up to the reality that brands and products that target . . . sweeping generalizations can be lazy, inaccurate, and sometimes even damaging,” Bridgman explains.

If the data on social attitudes isn’t a convincing reason for this de-emphasis on gender stereotypes, there are plenty of financial incentives. “A gender neutral logo is best when you're trying to reach a broad cross-section of people,” Hebzynski explains. A male-skewed brand is on average valued at $9 billion less than a gender-balanced brand. While targeting 50 percent of the population might create a more dedicated, niche audience, it could make you lose money and opportunity.

By being both a smart PR and financial move, it’s no surprise that many companies are making the shift.

How can I decide what’s best for my company?

Phil Forbes from Packhelp offers this insight: “The role of gendered logo design comes down to the company that the logo is representing and its target audience. . . . It's ultimately up to a brand to decide what they want their branding to represent and who they want it to appeal to.”

That can be a lot of responsibility, so it might not hurt to look to successful universal brands.

“Apple, Sony, [and] Coca-Cola are all about as gender-neutral as it gets, yet are among the most successful brands on the planet,” Bridgman says. They take no gender cues. These logos don’t use heavy, geometric fonts or delicately scripted ones. And instead of pinks or blues we see monochrome, metallic, and Coca-Cola’s bold red. Sony’s font emphasizes readability with a traditional serif; Apple emphasizes brand recognition through a minimalist logo with silver coloration common in the tech industry; and Coca-Cola retains its century-old script to establish itself as a trustworthy brand leader. Their decisions were based on industry standards, color psychology, and brand values. Furthermore, they prove that gender neutral design is a timeless trend.

Logo designers work to create eye-catching creations like these. As Bridgman goes on to explain, “Focusing on gender is a bad way to start a design brief, and usually indicates that the thinking is flawed.”

What might be best for your company could involve focusing on your personality outside the mold of gender.

How can I create a logo without relying on gender stereotypes?

A logo design should be more than gender-focused or gender neutral.

“By focusing on the characteristics of a brand rather than the gender, the target market can be reached without resorting to using gender stereotypes,” Bridgman advises. “Instead, focus on the qualities and characteristics that differentiate the client’s business from its competitors, research the market to avoid confusion or conflict, and most importantly: think about the audience as a group of individuals with needs, desires, and aspirations — none of which is defined by gender.”

“Consider a brand like Halo Top,” Erickson says, referring to the low-calorie ice cream company. “They don't use words like ‘skinny’ or ‘lite’ and color their product based strictly on the flavor. So while 10 years ago there may have been a more overtly ‘female-based’ angle to their logo and marketing approach, the industry has shown that this product has buyers across the spectrum.”

Many brands have taken the “gender-neutral” cue to mean unobtrusive, impartial, and sometimes bland. The movement is often associated with minimalism, but some companies lack the brand consistency and research to pull off their minimalist logo well. Erickson suggests to “keep it simple—start with a logo that means something to your product or brand first and foremost."

It’s worth noting that men and women typically prefer similar types of logo styles for gender-neutral brands. And many industries have associated logo color schemes. A study from Venngage found that consumers prefer yellow-gray logos for technology companies, and green for finance companies.

Companies might emphasize creativity within their industry over gender neutrality to achieve industry-appropriate branding and inclusive style. The designs can still be gender neutral, but they also stand out among competitors.

Senior Product Designer at Netguru.com Miłosz Klimek suggests another brand that’s designed to stand out in its industry: “The Ordinary, a cosmetics brand that uses evergreen, clean, minimalistic design that appeals to all consumers regardless of their gender.”

You could interpret this as the unobtrusive or bland minimalism we discussed previously, but the Ordinary skillfully uses typography to its advantage, with product packaging that looks like prescription labels. This enhances the brand’s credibility and makes it stand out among other cosmetics and skincare items, which are often criticized for their lack of scientifically-backed benefits.

As Forbes says, “The sheer lack of detail in minimalism has let color play a bigger role in branding.” Emerging brands should understand the psychology behind their colors if they want a minimalist logo, or if they want to focus on the emotions a color elicits rather than the gender it might appeal to.

How does this all play into the future of branding?

In the future, we ‘ll likely see more brands advertising their unique values and personality rather than catering to a masculine or feminine audience. Fewer products are heavily gender-associated — such as the golf balls, grilling kits, and cosmetics mentioned above — so companies can enjoy a larger target audience and more freedom to express their brand within an industry.

What can this mean for the future of your brand? If you’re just starting out, choose a designer who’s culturally conscious and aware of the latest social attitudes, and also one with a track-record of successful and timeless design.

If you already have a logo, but you’re reevaluating your brand, you’ll also need to reexamine it in the context of gender with this information. How can you make your branding less of a stereotype and a better visual display of your solution for a human problem?

We all want our logos to be timeless and universal: focusing on your real audience rather than an audience caricature is the best way to get there.

Disclaimer: This article is not an indication that BestCompany.com is associated with or sponsored by any of the mentioned brands or companies whose logos are displayed. 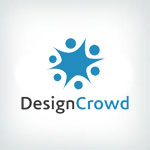 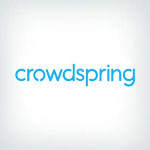