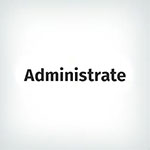 Moodle's biggest selling point is the fact that they're not actually selling anything. They're giving this education platform away for free. This is a free and open source platform designed specifically for educators. Just because it's free, doesn't mean that Moodle skimps on the features they offer. When looking at user reviews, you'll see words like "flexible," "robust," and "massive" when referring to the offered features. You can design custom courses, create quizzes, surveys, games, and certifications, and then you can analyze student data. And it's all mobile-friendly. Since Moodle was designed with educators in mind, there's a lot more invested in the actual art of education. Through interactive features and student-centered activities, learners can be involved in the learning process rather than just sitting back and watching a video or reading text. Moodle has been around a lot longer than most of its competitors. They've also attracted some pretty big names in their corporate user base like Cisco, Mazda, BP, Shell, and Microsoft, in addition to their education user base like Louisiana State University, Cambridge University, and Australian National University.
thumb_down

Even though one of Moodle's most attractive claims is that it is free, this claim is not entirely accurate. One reviewer described it being like a "free puppy" that may not cost anything up front, but comes with a lot of hidden costs to maintain and support. You don't pay for their services, but you do need to pay for hosting services. Users have also commented that to run properly, companies will need to use IT support to help with web server setup, updates, and backups. Other platforms are generally described as more user-friendly, but that, of course, comes with higher monthly costs. Another one of Moodle's best qualities-its robust list of features-also has a downside. Even though Moodle has the potential to do a lot of advanced things, users find that these things aren't always intuitive to learn and take time to really master. Beyond the basics, there seems to be a pretty steep learning curve. Additionally, Moodle is missing a few features you might be looking for, most notably lacking in eCommerce solutions.
gavel

Moodle customers have a lot of positives to say about this open source platform, and surprisingly, the favorite feature isn't even the fact that it's free. Moodle offers a long list of solutions for educators and companies. You can design courses, complete with quizzes, tests, and games, then track and analyze your students and issue custom certificates. And there's not even a limit on the number of users. Unfortunately there are no eCommerce features, so you'll have to manage sales and payments elsewhere. Describing this service as "free" is also a little misleading. While you won't pay any monthly fees for the service, you will have to pay for hosting services and a few other fees pop up along the way to maintain your account. Even so, it's still much cheaper than other platforms out there. And some users have commented that with the lower price tag, you do sacrifice some ease of use.
Was this content helpful?
thumb_up Yes thumb_down No
border_color Write a Review

Moodle LMS has been the backbone of our collegiate education system. It is robust and allows for growth. Moodle is extremely competent and will serve us long into the future. The service and support elements are also top notch, helping us stay relevant and poised for success.