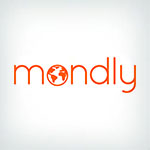 Mondly has more than 50 million users. The company was founded in 2013 and is headquartered in Brasov, Romania.

While many language learning apps only offer content to learn other languages from English, Mondly offers its courses in 33 languages, so many users can learn in their native language.

Mondly teaches users phrases, instead of individual words, allowing users to learn their new language in context. The app uses native speakers so users hear natural accents while they’re learning. The app synchronizes between devices, so someone could start learning on their computer and then continue their progress on their iOS or Android device.

Mondly is available on the Apple App Store, Google Play, and the Huawei App Gallery.

Mondly has received multiple awards for its app, including Best New App from the App Store in January 2016, and the Editors’ Choice designation on Google Play.

The Mondly app has a free version, as well as a premium version. Subscribing gives users access to additional content and lessons, and the highest Mondly subscription includes access to courses in all 33 of Mondly’s available languages.

A premium subscription to Mondly costs $9.99 per month. Users who pay for a year at once receive a discounted subscription for $4 per month. The full Mondly subscription package, with access to courses in all 33 languages, costs $479.99, although Mondly sometimes offers sales on this package.

Mondly VR is a version of the app available on the Oculus Store, Daydream, and Google Play. Mondly VR users can learn the language of their choice in virtual reality, acting out situations such as ordering dinner in a restaurant or checking into a hotel.

Mondly AR offers a similar experience to Mondly VR. With Mondly AR, a virtual language learning assistant with speech recognition technology interacts with users, has conversations with them, and gives them feedback on their pronunciation.

Mondly also offers B2B solutions to help businesses that want their employees to learn a new language. Businesses can track their employees’ progress on the app and see how often they’re using it. Mondly for businesses starts at $7.49 per month per user for 50 to 99 users. The company offers discounts for larger groups, and custom packages for businesses with 2,000 or more users.

Mondly’s free version has very limited content, only allowing users to access one lesson per day. Users who want to learn more every day will need to pay for a premium subscription.

Mondly is an accessible, award-winning app that offers courses in a wider range of languages than many other free apps.

Many language apps only offer courses in English, so users have to know English to learn another language. Mondly is especially advantageous for those whose first language isn’t English, because Mondly’s courses are conducted in 33 different languages, allowing many to learn in their native language.

Mondly is also useful for those who like to switch between devices, as it syncs user progress across all devices.

The free version of the app offers only very limited course content. However, the premium subscription to Mondly is very affordable for those who want more content. Mondly is a great language learning software for those who are looking for a daily, gamified learning experience.

I signed up for this partly based on other reviews. When I decided to not go with this company they made it as hard as possible to cancel the subscription. Why, because you can't cancel it from inside of their webpage or app. When you go to their FAQ's guess what is not on the list? That's right, how to cancel them. Finally, after searching out how to cancel them you will go to the support (I didn't want to wait on an email from them) and find out how to get rid of Mondly.com. They will send you to a new site, that you will have to start a new account with, so you can get rid of them. Why don't they handle their own business? I don't know. I guess they hire thieves or something to work for them. So they to give your credit card info to someone you don't know about to keep it safe from their employees. Is that someone you want to give your credit card info to, I sure as hell don't! I know I will highly advise anyone I know to NEVER use this site/app.