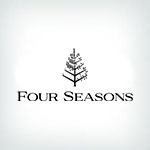 star star star star star
8 User Reviews
Compare
Compare
Good
Bad
Bottom Line
Reviews
Write a Review
LAST UPDATED: February 23rd, 2020
Four Seasons hotels and resorts are known as one of the most luxurious hotels in the world, boasting a five-star hospitality rating. Isadore Sharp, a Canadian businessman is credited with founding the Four Seasons and the subsequent business model. Headquartered in Toronto, Canada, the Four Seasons was founded in 1961 and today there are 96 properties found worldwide. Four Seasons hotels and resorts have received numerous awards for offering luxurious services to their guests.

As one of the top luxury hotels in the world, Four Seasons Hotels and Resorts work to provide their guests with the highest of quality services and experiences throughout their stay. Guests can enjoy a number of amenities not typically found in the standard hotel. While amenities vary from location to location, most Four Seasons properties maintain a high level of luxurious services for their guests. These amenities are typically included in the rate of the room, but there are some additional fees for various services. Four Seasons hotels and resorts typically feature the following: An interesting side note is that the Four Seasons has one of the lowest employee turnover rates in the entire hospitality industry. This is reflected in other ratings scales and demonstrates the Four Seasons ability to treat their employees fairly. In an attempt to expand business, the Four Seasons started a vacation rental business model known as Residential Rentals in the summer of 2014. Since this business venture is still growing, Residential Rentals are only available in North America, some countries in Africa, limited listings in Europe and one location in Asia. The Four Seasons has also long been affiliated with philanthropic endeavors focusing on three main areas: sustainability, building up of communities, and advancing cancer research. As one of the founders of the Terry Fox Run, the Four Seasons has helped grow the event into the world's largest single day cancer fundraiser.
thumb_down

Despite having been around for a number of years, the Four Seasons does not offer many locations. This is, in part, due to the standard Four Seasons requires of their locations and properties. There are only 96 operating hotels available to book. Other downsides of booking with Four Seasons include: The Four Seasons does not own most of its properties, but instead operates them on behalf of real estate owners and developers. The contracts between the two groups allow the company to participate in the design of the property and then run the day-to-day operation. The Four Seasons typically earns around three percent of the gross income, but the profit margins are considered to be relatively low. This is one of the reasons that nightly rates at the Four Seasons are so expensive.
gavel

Guests who book a room or suite at a Four Seasons location can expect a high quality experience, but for a rather steep price. Typically, travelers who stay at Four Seasons can anticipate the following from their stay:
Was this content helpful?
thumb_up Yes thumb_down No
border_color Write a Review

When I was given an award with my company they bought us to rooms at the Four Seasons and I would have to say I was very spoiled. They are a very high quality business and everything is amazing. They turn down your bedding at night and clean the rooms so well during the day.

One of the most amazing experiences I have every had at a hotel. Beds turned down at night, rooms cleaned everyday. The room was a beautiful retreat that we didn't even want to leave the room. Would love to stay at the Four Seasons again and again.

We have stayed at Four Seasons hotels all over the world and they are always very nice with comfortable beds and rooms. They also have very nice toiletries!

Used to stay at the Four Seasons every summer in St. George and always had great experiences there. Hotel is clean, well kept, and staff was always very accommodating.

What an amazing hotel. Such a great experience and pure luxury staying there. The bed was so comfortable in the customer service was amazing.

The Four Seasons is amazing. Everything is clean and comfortable. If you have a chance to stay at a Four Seasons, do it.

Such a nice experience. Very high class and relaxing from the entrance to the pool to the hotel room. I love staying at four seasons hotels.

Four Season hotels is a very relaxing hotel. My family and I really enjoyed our stay and would recommend to any family.