GiftBasket.com is a company based out of New Jersey. In a typical year, their revenue will be anywhere from $1-$5 million. They employ 10-20 employees and, recently, overhauled their website, which helped double their revenue by making it easier for customers to pick from a variety of themed gift baskets. They even offer bulk ordering through different resellers to help maximize the needs of their customers. They even offer Ghiradelli chocolate gift baskets, making it easy for their customers really hit home for loved ones. 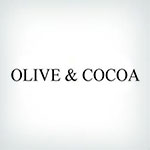 We were taken away by the many different themes of gift baskets for all occasions, including:

Also, the beer and wine gift baskets were a nice theme. The gift baskets we saw were able to help customers select from a wide variety of liquors, spirits, and wines that might be appropriate for a particular occasion.

GiftBasket.com has a generous refund and return policy. However, we were concerned about the $25.00 restocking fee and loss of shipping and handling fees for the customer. If a customer were truly not satisfied with their product, they stand to lose a minimum of $25.00 for their investment.

We recommend GiftBasket.com for its wide variety of products. Also, themes change throughout the year for the season. The blog gave us a wide variety of products, including the different chocolate truffle packages, the Valentine's Day themed materials, and other packages. We also liked how hard GiftBasket.com worked to get orders out on the same day, offering free shipping via UPS ground. Other types of shipping, however, did cost somewhat more.

This company has the WORST customer service I have ever encountered. Tried to place an order several times for 20 gift baskets for my customers. Was told that a manager named Evelyn would call me back, and this never happened. Called back two days later and was told the same thing. This was the last week of November. Received no followup for the next two weeks. Called again the 3rd week of December. The mysterious Evelyn was always in her car, out to lunch, in the warehouse, on another call. I really felt that these people did not want my business. Finally someone called me back and I stupidly completed the order. Next time I will call Harry and Davids. May cost a little more, but who needs this headache during the holidays. Also, they never send me a confirmation number, receipt, or ANYTHING. Just called them today (12/29) for a receipt and was told "Evelyn" will email it too me. The only way I knew these delivered was thank yous from my customers. NEVER AGAIN!!