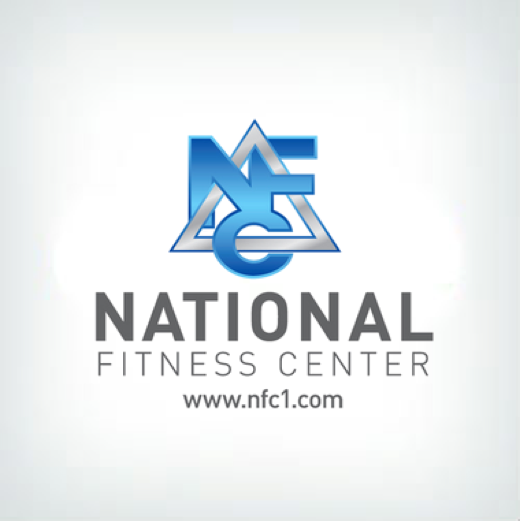 National Fitness Center (NFC) currently has locations in these Tennessee cities: Knowville, Maryville, Morristown, Svierville, and Oak Ridge. With a wide variety of amenities, NFC is a hub for familial physical activities. Not only does this center have activities for family exercise, but it also a high-functioning gym with well-qualified personal trainers to provide the best support possible to those seeking to improve their physical fitness and health.

For established residents in Tennessee near these gyms, the list of amenities alone provides wonderful incentive to purchase a membership. Some of the included amenities are as follows:

Personal trainers are available to help individuals with their personal health and fitness goals. Whether your goal is to lose weight, become more physically fit, or pound on the muscle, NFC is confident that it has a trainer to tailor to your needs. NFC claims that its trainers are highly qualified and ready to help new clients regardless of the activities that they choose. This includes group classes, running, free weights, or cardio training.

Going to the gym can be intimidating at times. You may not be as physically fit as others who are there.  People might look at you funny if you don't use the equipment the right way. Some women are concerned that men will constantly be watching them and objectifying them. National Fitness Center created its "Ladies Gym" to ensure that female clients would have a place to work out without the snooping eyes of men present. For many women, knowing that they can exercise in a safe place is a huge perk.

Each National Fitness Center location sports a number of classes taught by a variety of different instructors. Not all locations offer the same classes, but the following classes are common between gyms:

Not only are classes provided for adults, but a number of classes are available for kids as well. Depending on location the following classes are offered:

Not all locations provide kids classes. Contact the location you plan to visit to ensure this is offered if it is important to you.

Trying to find the fees for a membership at the National Fitness Center is like trying heavy weight lifting with no lifting experience. In other words, it is not easily accomplished (if accomplished at all). National Fitness Center does not have its pricing listed on its website. If you are wanting to learn more about the membership plans or contract, you will need to communicate directly with the fitness center you plan to attend.

If you pay a visit to a National Fitness Center near you, you will likely be asked to sign a 3-year contract. Yes, three years. In our research, we have not found another gym that requires a 3-year contract. Often times when a contract is signed, we are not overly concerned because it should be able to be canceled. This contract is unique. There is a $195 cancellation fee if you would like to cancel the contract before the three years is up. In order to actually cancel your membership, you have to prove to NFC that you have moved outside a 20-mile radius of its nearest location. To do so you must provide a letter from a new employer, three letters from your new mailing address, paycheck evidence from your new employer, or a number of other documents. Once provided, there is a 30-day cancellation process. All fees due during this 30 days require payment regardless of facility use.

NFC has received a slew of poor reviews due to this binding contract that sucks money from its customers’ pockets. For this reason, if you are not planning on staying in Tennessee within 20 miles of one of the NFC locations and plan to use it regularly, we would not recommend signing this contract.

NFC has many wonderful amenities to offer. From high-quality gym equipment to a variety of classes, personal training, and intramural activities, this gym pretty much has it all. If these are things that you are interested in, this could be a great option. Our word of advice when looking at this gym is to consider how long you plan on living in the area and if you think that the 3-year contract will be worth it for you and your family. If it is, we recommend getting your free trial and seeing if you like the facility. If you are not planning to stay in the area, don't even go. The last thing that you want is to get roped into signing a contract and having to pay thousands of dollars of fees.

If you don't want to read this whole review, here's what you need to know: Don't become a member. They do not care about their members, they only care about money. When I first started at National Fitness Center everything was great. I was initially attracted to them because they have a female only section in their gym. I started with them in the fall as a senior in college at a small liberal arts school nearby. In the spring, COVID-19 struck and I spent the majority of my last semester at home in a different state. I tried to cancel my membership during that time but to no avail. Finally, when they opened up, I began the process of cancellation to which they were the absolute worst. They told me that they needed: A letter Giving 30-Day Notice of Cancellation Mailed by Certified Mail with Return Receipt Request. (Mail to NFC Cancellation Dept., P.O. Box 5376, Knoxville, TN 37928) $195.00 Cancellation Fee to be paid via money order or cashiers check (per contract if member has multiple agreements.) Proof of Address (Copy of a Signed Lease or Home Purchase Agreement, or Copy of Utility or Water Bill or Copy of Land line Phone Bill-in your name.) Proof of Employment (A current copy of a pay stub with your name and new address).. As I am currently unemployed as I am in the process of a job search post-graduation and applying to graduate schools in a COVID world, I don't have a job. Also, as I am temporarily living my parents, my name is not on any of the related bills. Almost $200 is an unreasonable amount of money to pay to cancel a gym membership but that's not the worst part of my experience. When I emailed the cancellation department to explain my situation they directed me to Randy W, the Vice President. He then redirected yet again to a different department. The lady who spoke to me could not help me and when I asked to speak to her superior, she directed me back to Mr. W. Keep in mind, this has occurred over two whole day thus far. Each day my membership not being cancelled was a day closer to me having to pay another month. I then provided National Fitness Center with a bank statement, a photo of my driver's license, and a screenshot of my current location in Waze through email to prove I was in another state. They accepted the bank statement and the photo of my driver's license but still required me to send a certified mail letter. From this experience, I learned that National Fitness Center does not care for their members, they only care about money. This is obvious since even in the extenuating circumstances of a COVID-19 world, they were unable to quickly and flexibly work with me to cancel my membership.

Crooked company with a contract that they will fight you to cancel. They will go out of their way to make it difficult. The gym isn't even that good for what they charge.

WONDERFUL!! THEY HAVE EVERYTHING, EVEN A WORKOUT MOVIE THEATRE