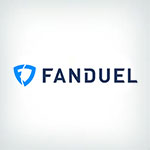 FanDuel's fantasy football platform has been optimized to accommodate a vast array of users. Users can customize their gameplay experience in a number of different ways: Users of FanDuel's fantasy football product also gain access to their draft tools, such as their mock draft feature, and can purchase a draft kit to help them plan out drafting strategies on their own. And since FanDuel partnered with NBC Sports in 2013, users also have access to expert information and analysis through NBC Sports's fantasy blog Rotoworld.
thumb_down

In spite of FanDuel's extensive customization, it does not allow users to participate in offline draft and then upload the results of those drafts to FanDuel, neither can users create private leagues with custom rules. One consistent complaint against FanDuel's mobile app is its customers' in ability to adjust their lineups after submission. This feature - used by several other fantasy football providers - is important in the necessity of a substitution to one's lineup (as with an injury). Since FanDuel has only been around for about six years, it is difficult to determine whether its business model is sustainable. And although FanDuel has partnered with Rotoworld to supply its fantasy news and expert analysis, FanDuel's own sports blog contains no information that is relevant or helpful to fantasy players, but rather has the feel of a entertainment news blog. FanDuel is an online gaming site. As such, this type of business sets certain limitations on a company. Persons from certain states or who are under the age of 18 are not prohibited by law from using its services.
gavel

As a fantasy football entity, FanDuel competes with the best of them, and is doing some things even better than the best. Users can completely customize their experience, paying the exact price they are comfortable with. Because FanDuel doesn't set strict limits on how much a user can wager for a given contest, users should exercise caution when competing in FanDuel's paid leagues. For more fantasy football options, check out our top recommended companies.

FanDuel is extremly addictive and fun. If your not a high stakes guy they have the lower option bets which range from $1-10. If your big into sports I would get fanduel because you will probably make money if you have an eye for the game like me.

FanDuel is bar far the funnest tool in Football wagering. It is safe, and provocative. Winnings are paid out timely, without worry. I wish this was around always, but for now-im grateful its here now. And worth every penny!