Fantasy Football Investigation: What Is It Really About? 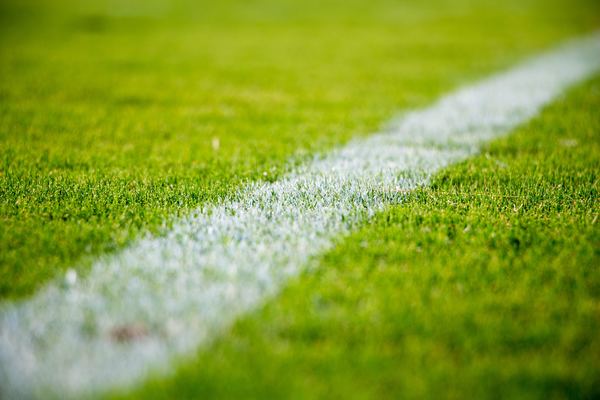 When Fantasy Football becomes a question in the Republican primary debates, it's a sure sign that what used to be just an interactive hobby for sports fans has arrived as a real cultural force.

In fact, lately, fantasy sports sites have become not only popular, but extremely lucrative.

To understand the figures involved here, first look at the numbers. According to the Fantasy Sports Trade Association, there are about 51.8 million Non-betting, yearly-based fantasy sports users in the US and Canada. And then there are those fantasy sports players who go in for money, paying an entry fee to make their own selection of those athletes (think actual NFL or NBA players) they believe will be victorious that day or week. They win money based on how their chosen athletes perform, with rewards of up to $1 million if all selected athletes perform well.

This is where the big numbers start. According to Eilers Research, this year alone, daily games will see approximately $2.6 million in entry fees and 41% growth. By 2020, their entry fee revenue is expected to hit $14.1 billion. This has brought out a slew of investors and partnerships with the NBA, the NFL, and numerous pro teams.

Obviously, figures this size are hard to ignore.

Within the last month, fantasy sports companies have been hit by a surge of legal activity, including multiple federal lawsuits by consumers, the heightened prospect of regulation in other states, and even federal law enforcement.

Everyone wants a piece of fantasy sports, but what will be the consequences of this sudden interest?

This attention seems to have sprung out of a single incident at the beginning of October. Following a data breach on DraftKings involving one of their employees, that same employee suspiciously won $350,000 on rival site FanDuel. Although both sites quickly moved to ban their employees from participating as players on their sites, this got people wondering about the legitimacy of their games.

The first real attack on fantasy sports-with an accusation of gambling-came from exactly where you'd think it would. After all, who knows gambling better than the State of Nevada? A month ago, the state's Gaming Control Board released a notice declaring daily fantasy sports sites to be gambling.

Obviously, Nevada has nothing morally against gambling, but they do have something against establishments that do it without a state-issued license. As a result-sorry, Nevada daily fantasy sports players-FanDuel, Draft Kings, and other daily fantasy sports sites where players can win cash have been forbidden to operate in the Silver State. The sites denounced the announcement and vowed to fight back.

But the fight was really just beginning.

After the DraftKings data breach, New York State attorney general Eric Schneiderman voiced his concerns about FanDuel and DraftKings. This eventually led to Schneiderman, on November 10, following Nevada's lead and ruling that the games on these sites constituted no less than gambling, which is illegal in the Empire State.

Now, numerous other states are moving to investigate daily fantasy sports sites for possible gambling charges, not to mention several other federal lawsuits and investigations. When attention from government flares up and elected officials make a big to-do in televised press conferences, you have to wonder what exactly is motivating this whole thing. Is this just a witch hunt designed to boost politicians' public profile? Or are all these lawsuits and attacks really out for justice?

The disagreements between states and daily fantasy sports sites lie in their definition of what happens on these sites. When fantasy sports players choose the players they think are going to be successful that day or week, are they doing so based on their skills or merely out of chance?

"This decision stymies innovation and ignores the fact that fantasy sports is a skill-based entertainment product loved and played by millions of sports fans."

When they say "skill-based entertainment product," they are referencing the Unlawful Internet Gambling Enforcement Act (UIGE) of 2006, which states that, if games are based on the skill of the players, that they are not gambling. In other words, whether or not FanDuel and DraftKings can avoid being shut down in other states will depend on how states and the courts interpret the term "skill-based entertainment."

But is this fair? Is it fair for states and officials to take down businesses and, in some cases, build up regulation to control them, based on a less-than-fleshed-out interpretation of a single phrase?

At any rate, these cases could be the latest in the long history of government and courts overstepping their bounds to control and overly regulate business and industries that make them nervous.

"This is a politician telling hundreds of thousands of New Yorkers they are not allowed to play a game they love and share with friends, family, co-workers, and players across the country," complained FanDuel when the attorney general's announcement hit the news.

DraftKings also responded by saying, "New York's actions today are an unfortunate example of a state government stifling innovation, technology and entrepreneurship and acting without full and fair consideration of the interests of consumers."

Of course, if the Nevada Gaming Control Board and Schneiderman are right, then they could be responsible for saving pro sports as we know them.

FanDuel has sponsorship deals with 14 of the biggest teams in the NBA, including the Boston Celtics, the Cleveland Cavaliers, the LA Lakers, and the Miami Heat. They also have deals with 16 NFL teams.

These sponsorship deals usually include, of course, advertising in the teams' home venues, but they sometimes also include providing Internet cafes in those venues where users can play during games.

But what effect do these relationships have on teams and individual players? What if Kobe Bryant participates on FanDuel in a way that could earn him a million dollars if he plays poorly in his next game?

There has always been concern about the connections between gambling and sports because of the propensity for the athletes themselves to enrich themselves by pushing the outcome of a game in one direction or another. Stories of boxers throwing matches are older than pro football itself.

Needless to say, that concern hasn't gone away with fantasy football sites where money is involved. The same old problem has just been given a digital face.

And aside from the fear of corruption, classifying daily fantasy sports sites as gambling will do incalculable damage to the teams that have partnered with these sites. The Brooklyn Nets, for examples, will have to remove all that branding from their ads, programs, courts, hallways, and lounges.

No doubt this will be painful but is it for the best? Will sports be better off because someone intervened? And is that even the motivation behind this sudden wave of vigilance against gambling?

Why do states care?

Of course, there is moral outrage because gambling is widely seen as wrong. Sorta. I say "sorta" because, if state lotteries are any indication, most states are fine with gambling. They're happy to let their citizens throw away their money on games of chance in the name of funding their educational programs. What they don't like is when gambling is out of their control, when they can't tax it or otherwise benefit from it.

At any rate, the cases swirling around FanDuel, DraftKings, and other sites like them are destined to form one more chapter in the battle between government regulation and companies that want to compete on their own terms.

To see how FanDuel and DraftKings are rated by real customers, visit our Fantasy Football Reviews page!

As the NFL preseason comes to a close, chances are you have been invited by the office sports guy, your roommate, or yo...