star star_border star_border star_border star_border
1 User Review
Good
Bad
Bottom Line
Reviews
Write a Review
LAST UPDATED: June 27th, 2019
EdgeCast is a Content Delivery Network (CDN) provider that also delivers one of the fastest DNS services in the world. EdgeCast was founded in 2006 and added their DNS services in 2010. At the end of 2013, Verizon bought EdgeCast after thoroughly evaluating all major CDN providers. EdgeCast was selected based especially on the quality of their technology, which was all built in-house, and the quality of their customer service. The acquisition by Verizon put EdgeCast in the unique position of having both top-rated services and performance and the financial backing to be flexible and innovative in their approaches. EdgeCast’s DNS services, called Route, are fully integrated with their CDN and use a global IP Anycast routing system to be one of the fastest, most reliable DNS services in the world. 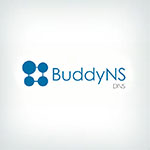 EdgeCast provides top-performance DNS services in terms of speed and reliability. In third-party speed tests*, EdgeCast routinely outperforms other providers and they advertise speeds as low as 3.43 ms. Their DNS is fully integrated into their wide-scale CDN, which reduces the number of required hops and handshakes, and the huge capacity of their network combined with the Anycast routing system contributes to their overall speed and reliability. They have a 100% uptime reliability and performance guarantee. EdgeCast has 20 server locations across 12 countries, with two more planned, which include: While EdgeCast does not have the greatest quantity of locations, they focus on establishing points of presence (POPs) in perfectly optimized locations to increase the speed and quality of their services. EdgeCast does not offer service packages; rather, their prices are based on what customers need. For web zones, clients pay: Clients also pay for the number of queries by the million; for each 1 million up to 1 billion queries, prices range from $0.50 to $1.50 depending on the type of querying and any additional service packages, such as failover, load balancing, or dynamic DNS service. The cost goes down for each 1 million queries beyond 1 billion. EdgeCast's DNS service can be a primary or secondary DNS service and supports a variety of DNS record types. EdgeCast does not provide security specifically and exclusively for their DNS; rather, they have security measures in place for their overall CDN that also protect the DNS. In particular, EdgeCast protects against distributed denial-of-service (DDoS) attacks in several ways. Additionally, their DNS does not operate in recursive mode, which creates an immunity toward cache poisoning (or DNS spoofing).
thumb_down

EdgeCast has one of the fastest, top-performance DNS services, but unsurprisingly, perhaps, their prices are correspondingly higher. The basic web zone price of $50/month includes up to 50 zones, which means that individuals or small businesses with only a handful of domains and applications will not be getting the best deal for their money. Standard queries start at $0.50/month per million, but any adaptive features (see list below) are part of the advanced DNS query packages and cost a little more. These features include: Because of the higher pricing, EdgeCast's DNS service may not be ideal for individuals with minimal DNS needs or small businesses with little web traffic in spite of the higher performance and speed levels EdgeCast advertises. EdgeCast provides customers with several methods of reaching customer and technical support, including by phone, email, and live chat. However, the live chat is only available during business hours, and depending on the time of day and the web traffic, there may not be an agent immediately available. However, it is possible to get an emailed response within a few hours, and if agents or engineers email with their phone numbers, it is possible to contact them quickly and directly. There are a few negative reviews and complaints about EdgeCast's service found easily online; however, none of them are directly regarding the quality of the DNS service and all had been responded to by EdgeCast and in most cases, resolved.
gavel

EdgeCast is part of Verizon's Digital Media Services and as such, it has one of the fastest and most reliable DNS services in the world. EdgeCast has particularly focused on growing and expanding their network, using the global Anycast routing system, in ways that produce optimal performance, speed, reliability, and scalability. Their prices are correspondingly higher and may not be ideal for individuals or small businesses; however, they do not have traditional pricing packages and instead offer flexibility for a customer's needs. EdgeCast's DNS services are fully integrated into their established CDN system, instead of being added on, which increases the speed and reliability of the network. All the security measures for the CDN also protect the DNS, including protection against DDoS attacks and cache poisoning.
Was this content helpful?
thumb_up Yes thumb_down No
border_color Write a Review