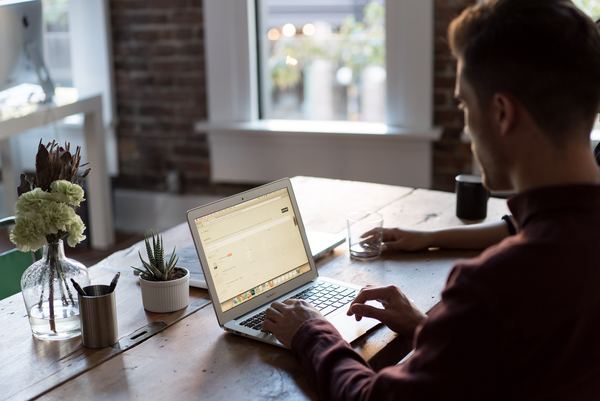 While ancestry DNA testing is more and more of a household topic, the genetics field with the most potential to impact our daily lives in the near future is much murkier. Before you spend any money on an at-home, or direct-to-consumer (DTC) health-related DNA test, there are lots of things you should consider.

In this article, we are going to cover key things you should understand before you fork over your saliva for another round of digital-only results that at first glance — and probably second, third, and fourth glance — can cause confusion and undue stress.

Here are 12 things to consider before taking an at-home health DNA test:

1. How are at-home DNA tests meant to be used?

"Most DTC DNA tests are intended for entertainment, not for medical management," advises Ellen Matloff, President and CEO of My Gene Counsel. "But if you stumble across information that places you at higher risk for a genetic condition, it is worth discussing with a genetic counselor and your doctor to evaluate the best next steps."

2. Do you have a family history of disease?

As an expert, Matloff advises consumers, "If you have a personal and/or family history of a disease and you are trying to figure out your risk of developing that disease, I would not recommend a consumer DNA test. Speak to a certified genetic counselor, by phone or in person, and figure out the best and most accurate test for your situation."

This applies to both carrier screening and genetic health predisposition testing. With a known family history, if you want to look into inherited health risks for cancers and other conditions, you can still order a test from home; however, you will likely need to look into a different tier of DNA testing, with pre-test genetic counseling. Most tests that you can order online require people with a family history to have pre-test counseling either from a physician or genetic counselor that okays your order and makes sure that it is the right test for you, so that you know the risks, what to do about them, and you don't waste stress and money on a test that doesn't benefit you.

If you have a family history, here's what you should know:

3. Do you want a medical diagnosis or just a low-priced first opinion?

However, Dr. Charlie Murphy reinforces, if you want to take a test for medical reasons, "it is always advisable to do so through your doctor." At-home testing can help indicate things, but it is often not considered diagnostic due to test limitations. For example, DTC testing company 23andMe is FDA approved, but if you want to know your BRCA status, you should go to the doctor.

Consider how extensive the test is. Matloff advises, "If you want to take a consumer DNA test for fun, be sure you understand the risks (privacy, unintended family results, potentially incomplete or inaccurate health information) before you spit and send."

There are more than 1,000 known variants between BRCA1 and BRCA2 that are known to increase cancer risk. Out of 1,000 variants, 23andMe only tests for three, which are prevalent only for people with Ashkenazi Jewish descent. According to 23andMe, only about one in 40 people with Ashkenazi heritage has one of the three variants its report tests for. In contrast, when the general population is considered, one in 400 people have a known BRCA variant, when a full panel is considered.

Additionally, when it comes to carrier screening, test panels and technologies have a huge effect on what you can learn from a DNA test.

4. What is your ethnicity?

Ethnicity and genetic health analysis have a complicated relationship. Your ethnic background makes some tests more or less relevant. Here are a few examples:

Depending on where you live, you may not be legally allowed to participate in consumer-access DNA health screening. This is true in varying degrees, for people that live in New York, Maryland, or Rhode Island.

However, there are exceptions on a test-by-test basis.

6. Can you handle the stress?

Learning about your health risks, or your risk of passing on a disease to any children can be stressful. Do you really want to learn about it from a computer screen that you can't ask questions to?

Carrier screening is a great example of this. Dr. Barnish explains, "Finding out if an individual is a carrier of a genetic disease can lead to serious anxiety, required testing of partners, testing of other family members and concerns when conceiving. Many parents, that both screened positive for the faulty gene, would have to opt to go down the route of genetic screening of embryos and IVF route when conceiving, costing them time, anxiety and lots of money. For people that cannot invest in this way, then they may choose to never conceive given the risk. Given, not all genetic diseases would leave people in this situation. Given this, a DTC test should always have some medical professional support or advice prior to taking the analysis and afterwards to support with the results and subsequent advice."

7. Would you want to learn about risk for a disease that isn't curable?

Just like the stress that may come learning you are a genetic disease carrier, and have the possibility of passing it on to your children, testing for genetic health risks might be stressful, even when you properly understand the results.

Would you feel the same?

While genetic health risk does NOT mean that you will get the condition, many people may feel worried to know the risk exists. In fact, 23andMe offers a privacy setting for health customers, where results for certain disease risks can be excluded from your results.

8. Is aftercare included in the price of your test?

Follow-up is key to personally benefiting from the burgeoning DNA health information market. Before you order a test, you need to know whether you will be provided with a genetic consultation by your testing service, whether the cost is included in the price of the test, or whether you need to seek out advice on your own.

9. Can your doctor help interpret your results?

The vast amount of health data that you can learn from a DNA test is crazy, but what happens when you bring your results to your physician for help?

Physician reactions may vary, but it seems like there is room for improvement.

Only about 30 percent of people who take a health-related DNA test share the results with their healthcare provider.

One of the issues is that doctors might not be well-trained in providing actionable advice or help with understanding a DNA test's results. In fact, 85 percent of physicians say that they don't feel comfortable answering genetics questions. However, as the idea of a health-based DNA test becomes more and more common, this attitude won't be around for long. For example, a 23andMe study "found that doctors’ understanding and perceptions of DTC genetic testing changed significantly after testing,” says one of the paper's co-authors, Esther Kim, PharmD. Before testing, 25 percent said they were comfortable discussing genetics and genetic health risks. After testing, 60 percent of respondents felt more confident.

As genetic health testing becomes more commonplace over the next few years, this should improve vastly. However, at this point, not all medical professionals are on the same page yet about providing genetic advice.

11. How will your data be protected?

Most Americans feel positive about the importance of genetic research. In fact, a survey from the American Society of Human Genetics (ASHG) shows that 43 percent strongly agree that it's important to improving the health of their family. In addition to that, another 34 percent somewhat agree.

Most DTC DNA testing companies offer consumers the opportunity to participate in genetic research. While most people agree that genetic research is important, data privacy is also a high priority. The ASHG survey also strongly indicates that people want to know exactly how their data is used. When deciding whether or not to participate, 66 percent of respondents said that research participation consent and data privacy would factor into their choice.

You likely feel the same. Be sure to read through any and all privacy information provided by a DTC DNA service before you submit your sample. You need to know exactly how your DNA will be stored and shared, and what options you have in the way of research participation, account deletion, and what actually happens to your DNA sample.

12. If my test results are negative, am I in the clear?

Scientists only finished mapping the human genome in 2003. We know what the encoded proteins are supposed to do.

We know what things are supposed to look like normally, but we don't understand most of the possible mutations mean, whether they are benign or pathogenic, and the extent of their influence.

Due to this, no genetic health test is completely conclusive. It's important that we don't let negative test results foster a false sense of security.

Each DNA test has its own limitations. This is true for both genetic health risks and carrier screening. Researchers go to work every day to advance what we know about genetics and health. There is much we do not know. In addition to the unknown, there are still further limitations to this type of test and its results. Genetic health testing limitations are due to the technology and analysis used to turn your genetic code into answers. This is especially true when it comes to non-clinical testing.

Each company has its own testing panel, but what they have in common is that they aren't complete. Here are two examples:

While expanded screening for less-common variants related to both health risks and carrier screening are available clinically, they still can't rule out all possibilities because we don't know the significance of all possible variants. It's important to keep these limitations in mind both when deciding whether to take a test, and when going over your test results. 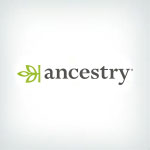 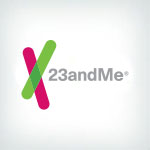 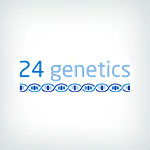 How to Find and Connect with Biological Family Using a ...

How to Find and Connect with Biological Family Using a ...

8 Reasons You Might Want to Buy a DNA Test

8 Reasons You Might Want to Buy a DNA Test

Sign up below to receive a monthly newsletter containing relevant news, resources and expert tips on DNA Testing and other products and services.