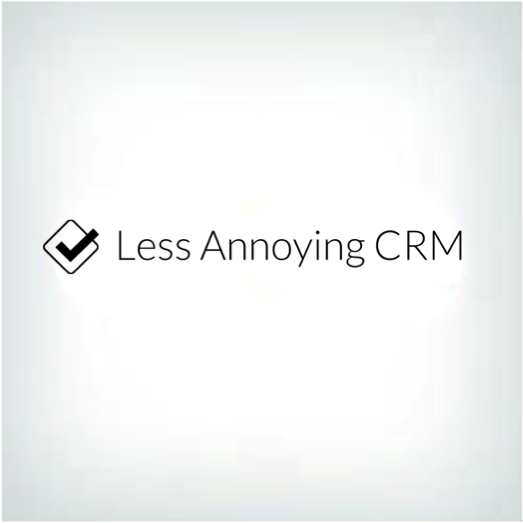 The majority of Customer Relationship Management (CRM) tools are designed for large companies and their small business packages are just watered down versions of their full product. Less Annoying CRM was built with small businesses in mind, making it affordable, easy-to-understand, and less annoying.

The company offers a free 30-day trial — that doesn’t require users to input a credit card — and is extremely affordable at just $10 per user per month.

At just $10 per user per month, Less Annoying is reasonably priced — especially since the company doesn’t skimp on features. While many other companies in the industry will offer small business packages — which can cost anywhere from $12 to $18 per month per user — it is often a very limited version with restrictions on features and data storage. Less Annoying doesn’t withhold any features and users aren’t trapped into a contract or commitment.

Although Less Annoying tries to make its software as simple and straightforward to use, the company does offer free phone and email support — even to those who are just using the free trial.

Serious About Being Less Annoying

Less Annoying promises its users to not use any underhand tactics that are common throughout the industry. While Less Annoying could ask for a credit card upfront, spam users’ friends and social media accounts, or make it hard for users to cancel their account, the company chooses not to. Less Annoying’s CEO, Tyler King, even promises users that he’ll never do anything he thinks will annoy users.

Less Annoying CRM is entirely web-based and therefore users can access it from any computer, tablet, or modern smartphone.

Less Annoying CRM was recently rated the number one small business CRM software from G2, the most affordable CRM company by Business News Daily, and number one in customer service from G2.

If Less Annoying believes a user is abusing their account’s access to the service’s API, the company has the right to terminate the user’s account access either temporarily or permanently. Users should note that actions that constitute abuse are at the discretion of Less Annoying CRM and that the company reserves the right to terminate or suspend an account at any time with or without notice, for any reason.

Additionally, although there are no specific limits on Less Annoying’s API usage, the company can throttle access if the usage is deemed excessive.

Less Annoying CRM is a simple and straightforward Customer Relationship Management software built specifically for small businesses. Users can manage their contacts, leads, notes, to-do’s, and more from one web-app.

Plus, the system is completely web-based making it accessible anywhere in the world on any device. If users are on the fence, the company does offer a free 30-day trial (and doesn’t require a credit card until the end) and after the trial the software is just $10 per user per month.