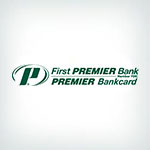 TigerDirect was founded in 1987 and incorporated in 1989 as a distributor of software for both PC and Apple computers. TigerDirect eventually expanded its business and became known as an online distributor of products for building computers in the 1990s. The website was launched in 1996, selling computers, electronics, books on electronics, and software. The website was one of the first that was pushed towards the “Do-It-Yourself” market. They have an extensive area of their website that is geared towards the home computer “do-it-yourself” expert.

TigerDirect is the ultimate experience for the Do-It-Yourself home computer builder. Here are some of the neat products that we found on the website aimed towards the DIY experience:

TigerDirect also has some great daily deals. We found a ProScan Android Tablet for $39.99. This product, after the rebate, comes with 8 GB of Flash Storage, as well as a carrying case and keyboard kit. The deal is great because the tablet is also outfitted with the latest version of the KitKat Android operating system. The software selection for TigerDirect was pretty good, as we were happy to see that there was a version of Adobe Photoshop CS6 Extended. We weren't able to find a version of Photoshop with Newegg.

TigerDirect also offered some good tablet gaming options. In addition to tons of games and hardware for the traditional gamer, there is also the latest Shield tablet. The Nvidia Shield Tablet was a great fit for the on-the-go-gamer, with Android 5.0 Lollipop, a great processor, 4G LTE connectivity, and a 5MP camera setup, all for $399.99. This is a great product because it lets users connect to a home PC and play all of their favorite PC games, in addition to several different games available through the Google Play Store. The advertised computer for streaming PC games is GeForce GTX PC.

Where are the Apple computers? When we reviewed TigerDirect's directory of computing resources, we saw hundreds of different PC models and barebone kits. However, we didn't find any Apple computers, including MacBooks, iMacs, and Mac Minis. For example, the Mac Pro is the latest, hottest desktop on the Apple market and can play many of the games that are available for PC. We felt that TigerDirect would benefit for customers if they sold Apple computers on their website.

Another problem with the website involved the lack of a knowledge base for the do-it-yourself computer builder. A first-time DIY computer builder might benefit from a checklist of items needed to build their own computer, as well as special toolkits for assembling their home computer. To further enhance the barebone kits, there needs to be a separate category for barebone kits and complete computer building kits. There was some overlap between the do-it-yourself categories, and this was indicated by the review where an individual purchased a motherboard with RAM that didn't work. A user needs to know if they are purchasing a kit without a motherboard or a combination package with the body of the computer and necessary components. We also felt that TigerDirect's return policy wasn't very good. There are no returns accepted. All sales are final.

We would recommend TigerDirect as an online electronics storefront. Here is what we liked:

We did have some concerns with some aspects of TigerDirect's products and services:

Read the fine print when purchasing products from TigerDirect, but the high number of quality items should attract most computer buyers.

I have always liked shopping with TigerDirect. It really upset me when they closed their brick and mortar stores here in Jacksonville because they were my biggest supplier of PC parts TV's and other items I need to service my customers. Now I have to get them shipped in and it takes to long and is to expensive to over night. This really hurt my business!

I have bought many components from them, as well as two Refurb Computers and one New Computer. All the Computers are doing fine. My Sister has one of the Desktops, and I have one here as well as the refurb Laptop, that both get rarely used now. I have a newer laptop as well as a desktop I built that I use mostly. I have had no problems with them. Pricing has been competitive, but got better delvery time elsewhere. I honestly don't use them much these days, but they are okay and I do recommend then to others.

I order bulk for a college. I have never had an issue until the last. They ran out of a specific motherboard. They rounded up enough motherboards to fill the order. They are a large company and do have some problems, but I have not had any problem that could not be fixed. Good company for the value.

I ordered a Brand New HP Laptop from Tigerdirect, only to receive the laptop a few days later with a torn nylon wrap and a "Property of LPL Financial" asset tag affix to the bottom of the laptop. I contacted the customer service about this, only to be told that the laptop is new and that all their new laptops must have an asset tag (this I will understand if I ordered a refurbished laptop, but not on a brand new laptop!). And that, if returned, I will be charged a 15% restocking fee! Why will I ordered and paid for a brand new laptop and received it with a "Property of LPL Financial" asset tag on it? and you want to charge me 15% restocking fee for returning it? THIS IS A RIP-OFF, A FRAUD and A SCAM!!!! I NEED MY FULL REFUND!!!! It's been a few days since I contacted the customer service for Return Authorization Label, this is yet to be received. Please RUN!!!

They have closed their stores up north.reason no business. The operation was a joke. Nobody knew anything. The management was awful. They had no interest in the customer and certain rules of the company were rather weird. It was a rather cold feeling in the store. Upper management should have detected this problem sooner. I speak as a very good customer. I bought many thousands of dollars worth of equipment there. Even being a good customer, they didn't appear to want to take time to fill my needs. I shopped at the Orland Park Illinois store. Now they are closed, they have bombarded me with emails everyday. They will be another Radio Shack soon.

TigerDirect is by far one of the worst companies I have ever had to deal with. On May 25, I placed an order for 10 HP ProBooks. As of today, June 16, I have not only failed to receive my products, but I have been lied to by multiple TigerDirect representatives. After continuously expressing the urgency needed to get my order shipped, I was put in contact with multiple so-called “supervisors.” Several of them lied to me and said that my order would be shipped out that day or the next, and that I would receive an email with tracking information. I have yet to receive any shipping details, and the only confirmation I have received from TigerDirect is that my order has not been shipped and there are no updates. One of the “supervisors” informed me that the customer service department has no way of calling the warehouse, but instead only communicates via email. How can a company stay in business when it is operating this way? I placed my order nearly a month ago, and yet it has still not even shipped. The complete lack of honesty and respect I have experienced has left me with an extremely bitter taste in my mouth. The failure of service provided by TigerDirect is absolutely unacceptable, and I will never again give the company a fraction of my business.

have bought a lot of computer items and always get great service. bought a refurb laptop still working my desktop over 5 years old still going strong.

Terrible customer service. Ordered two boxes of 12 urinal screens, the ship me two urinal screens. I can't get anybody to do anything about it. Customer service keeps putting me off. They have no answers. I want what I ordered. I would never order anything high-dollar from Tiger Direct!