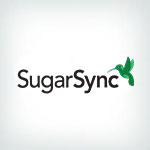 SugarSync transfers files securely using TLS (Transport Layer Security). After transfer, the files are encrypted using 256-bit AES, which is the same encryption protocol used for financial transactions. An area which the service lacks is a personal key which allows only the user access to the files. This feature can be a comfort to many, but in the event that a user forgets their key, no one, not even the company's employees, can retrieve or change it. SugarSync cooperates fully with law enforcement and will give access to files in the event of being provided with proper documentation during a legal investigation. This access, while rare, is given without the user's knowledge or consent.

An added feature which SugarSync offers is the ability for users to designate the location which they want files to be synced to. Users are able assign the location of files or folders to be synced - e.g. a folder of photos to be synced to a home machine and mobile devices, while another with the latest version of a work project to be synced to a work computer alone. Users can upload or sync files to the cloud using email, which is a nice feature and allows for additional flexibility.
thumb_down

All of SugarSync's plans include a 30-day free trial. SugarSync's free trials are full-featured and users will be able to see everything that their account will do during this period. In order to receive this trial, customers must provide their credit or debit card number, which is billed a small fee for verification. Many providers do not collect billing information during a free trial, so this practice is certainly unattractive for many. A significant problem occurs when users attempt to cancel their free trial (or membership). The process which SugarSync has set up is unlike any company in the industry which the Review Team has reviewed - or any other industry. Users are required to visit the support page, but they must do so between 10am and 2pm, Pacific time, Monday-Friday. During this window, a chat button appears on the page to contact the cancellation department. Along with the inconvenient and cancellation process which the company requires of their customers, there is a lack of transparency with the company, which permeated through many of the criteria that the Review Team uses to rate a company. SugarSync offers a limited-feature 5GB free trial, which has a term of 90 days. The company will not disclose which features are included in this trial, and it is not easily found on their site. No billing information is required for this free trial, but without information on the specifics, the Review Team cannot suggest that users try this plan.

SugarSync offers their customers basic backup services, but backups of entire drives, system or program files is not supported. Users are limited to backing up their documents, folders, images, videos, etc. For those who are looking for a complete backup of their hard drive, SugarSync is not the tool for this purpose. Another void in SugarSync's offerings which is a highly common feature in the industry is the ability for users to schedule backups. The program automatically refreshes the folders when it notices changes in the files which have already been uploaded to the cloud, much like Google Drive's functionality.

SugarSync has several options for sharing files. Users can share files via public links, perform basic collaboration with shared folders (not as full featured as with other services), sync folders with other users and apply basic folder permissions. SugarSync does not include password protection for shared files, like many similar companies.

The Review Team uses independent performance and speed tests to rate companies in an unbiased fashion with this particular criteria. SugarSync performed slower than most companies on independent tests, with an average upload time of 4 minutes and 10 seconds for an 100MB upload of mixed files, which was significantly lower than many of the top performing companies. Many users backing up large amounts of data will find that this process is extremely time-consuming. The Review Team acknowledges that speed of uploads is highly dependent upon many factors, including the computer hardware and specs, amount of and type of data and most importantly, the speed of one's ISP. In an effort to improve the user's performance, SugarSync allows users to adjust their bandwidth limit to devote more resources to uploading files. This adjustment is a nice feature, but is not enough to place the company in the league with the speediest performances.

SugarSync allows limited versioning, meaning that the software saves up to five previous versions of files. This is better than some, but does not approach the functionality of many other programs. These files are kept as long as the account remains active, but only the last five versions of any file are saved.

SugarSync's states that their app and desktop interface are very similar and offer most the same options to users. The app has many negative reviews on all platforms (Android, iOS, Windows), with common themes being the slowness of the app, difficulty performing basic tasks, and being charged for services which users did not approve. One feature which people enjoy about the service is the ability to designate files to be viewed offline on the user's mobile device. In order to use this feature, the app must be installed on the mobile device. Another feature which is offered for mobile devices is the ability to automatically upload pictures and videos to the cloud whenever they are taken with the mobile device. Users able to access files on any device with an internet connection with a web browser. In the event of a device's loss or theft, users are able to remotely wipe any files which have been synced with SugarSync on the company's web interface.

SugarSync has some serious challenges when examining their customer support. Like many of their competitors, their availability is limited, but the extent of the limitation is unlike anything that the Review Team has encountered, in this industry or others. The company has a very limited timeframe during business days during which their cancellation department is available to process cancellation requests. The company states that they have email support available for personal account holders, and phone support for business accounts. The Review Team attempted to contact the company via their email channel, and did not receive any response during the expected time of three days or less. There is a significant lack of transparency with various processes, most explicitly in cancellation policies which signal problems.
gavel

There are several problems which have been discovered with SugarSync. One of the worst though is the use of quotes from respected companies (PC Magazine, Bloomberg and the Wall Street Journal) on their website, which can be found nowhere else. In fact, some of these big names do not recommend SugarSync in their review, but give several reasons which customers should be fully aware of what they are buying. This attempt at leveraging customers is one with which the Review Team has obvious concerns. SugarSync has features that would be worth recommending if it weren't for the nagging problem of their customer service, and ridiculous procedures for cancelling their service. The company is more of a syncing, sharing entity than a pure backup, as they cannot backup full drives. Even so, there are many features which are regularly offered with collaboration services which are missing in SugarSync's product. SugarSync is not recommended by the Review Team.
Was this content helpful?
thumb_up Yes thumb_down No
border_color Write a Review