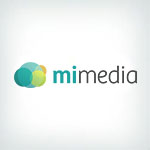 MiMedia does not offer a free trial, rather they offer a plan which is 100% free for their users. The free plan offers all users access to all of their features, and is an effective way to store photos, videos, songs and documents.

MiMedia's pricing is very competitive for the amount of storage which is offered. They have two generous plans which, like the free plan can be used to store documents, photos, videos, and songs. This service, like many others cannot perform full backups of drives or backup and store system files. MiMedia offers customers a discounted price if they pay for their service annually rather than monthly. It should be noted that there is a 5GB limit on the size of any single file uploaded to MiMedia, which for the types of files saved with MiMedia, should not pose a serious hindrance for most people in average use. MiMedia works with Mac, Windows, Android and iOS devices, as well as limited functionality with computers using the Linux operating system. (Those using Linux cannot download the app, but must use the internet interface with either Chrome, Firefox, Safari or Internet Explorer.)

Users can create collections, which allows them to easily organize their MiMedia files. These collections can be easily shared with others using email or via their Facebook or Google+ account. MiMedia is designed for sharing files, and it offers a slick interface and easily-managed sharing with anyone. Missing are features to password-protect files before sharing, which is available from some providers. However, MiMedia's ease of sharing is one of the best available as far as its user interface and the ease of sharing that this void is minor and outshined by the positive features offered by MiMedia.

MiMedia's mobile apps include features similar to those of the desktop app or web interface. Users can create collections (folders) to organize files, designate permissions, upload from social media or the device's memory, and share files. The most significant difference between the functionality for the two apps is that files which are uploaded using the mobile app are not automatically refreshed when the file changes. This limitation is unusual, and one which can be confusing. MiMedia allows for simple integration with Google+ or Facebook photos, and allows users to designate which of their photo albums that they would like to backup in the cloud. This is a very nice feature and somewhat unusual among many of the computer backup providers which the Review Team has reviewed. Another area which MiMedia could use some improvement is the ability to edit files and add some collaboration. This MiMedia does not have tools for collaborating or editing files on their mobile or desktop apps. MiMedia does not advertise that they offer these services, nor do they imply this, but the added features would be a nice boost and add to their competitiveness in the industry.

MiMedia is very well-integrated with social media, particularly Google+ and Facebook. Users are able to backup their albums and pictures with a few clicks. MiMedia's interface is highly intuitive users are able to easily create and share collections with a combination of files from their hard drive, social media, and mobile devices to share with family and freinds.
thumb_down

MiMedia automatically monitors and updates all files for changes and updates the current file if changes are detected. However, this functionality only works for files which were uploaded using the desktop app for the initial download. MiMedia is not as fully-featured as their competitors in giving users the ability to schedule backups. This is not an available option for MiMedia subscribers at this time.

The Review Team uses averages obtained from independent speed and performance test results to rate companies on how well their software performs and if it significantly slows systems down. While this is not a perfect measure of a software product's performance, it is the best possible, considering all of the variables which can affect the performance or speed of a computer. In this case, there is no independent data to average, so the Review Team performed a basic test on a Windows 10 quad-core system with 8GB of RAM and an average 3.87Kbps upload speed. The test file (2GB) contained 30 pictures, 30 short videos, and 30 documents to upload to a free account. No other tasks were being executed on the machine at the time of the test. The entire process took over 30 minutes to complete, so users would be advised to plan for their initial upload is to set it while there is no other demand. It should be noted that the internet speed on the computer use vary widely, so this is an illustration only. Once uploaded, the software worked well and tests on changed files went seamlessly and did not cause any delay in the computer.

MiMedia does not save previous version of files which have been automatically updated via the app.

Transmissions to and from MiMedia as well as storing files is done securely, using 128 bit SSL encryption. The company states, "To keep your files as safe as possible, MiMedia is committed to utilizing the highest level of encryption and security available on the market." Most backup providers use at least 256 bit encryption, which is considered more secure. While 128 bit SSL is secure, the Review Team finds that the company is being misleading in claiming that they offer the highest level of encryption available on the market.

Using MiMedia is very intuitive, but there remains a need for customer support. MiMedia is lacking in the variety of ways which they provide this support to their customers; they only offer an online knowledge base from which to find answers about their product. The articles are well-organized, comprehensive in their coverage, and concise in their responses, but the lack of an online chat or email contact is unusual.
gavel

MiMedia is very clear about the features of their product and to which demographic they best service - families looking for casual backup and sharing. At this, they are very well suited to serve their customers. MiMedia's pricing (and free plan) is competitively priced for the amount of storage available. Their apps are flexible enough to manage files as well as view the stored collections, files, etc. Areas which the company could improve are by adding additional methods of customer service and upgrading to 256 bit SSL, although many online services which are used each day use 128 bit SSL without problems. The Review Team recommends MiMedia as a solid option for those looking to backup their files and share them with others.
Was this content helpful?
thumb_up Yes thumb_down No
border_color Write a Review