star star star star star
1 User Review
Good
Bad
Bottom Line
Reviews
Write a Review
LAST UPDATED: May 19th, 2021
ADrive was founded in 2007. The founders of ADrive are long-time experts of the security industry, and they took everything that they learned with their experiences and created ADrive to help users put their files in the cloud to protect against loss of files. The company is headquartered in Emeryville, California. 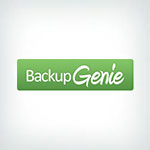 ADrive allows users to schedule backups at regular intervals as well as on demand. Options include every 15 minutes, hour, two hours, 12 hours, daily, weekly and monthly. Unlike many of their competitors, there is no option for continuous backup of selected files.

ADrive users can easily create public links to files for file sharing. These files can be designated with a password for added security. Users can set a specific number of downloads for files or expiration time for files which are shared, to maintain further control. Sharing with the mobile apps (Android and iOS) is possible, but users have complained about the quality of the user interface with the mobile apps, saying that they are not easily navigable and frequently crash or freeze the device.

The Review Team acknowledges that speed and performance is a highly variable indicator of software performance and is dependent upon many factors. In independent speed tests, ADrive delivered results which were among the middle third of company results, with a 100MB mixed file test being prepared and uploaded to ADrive servers in 1 minute and 52 seconds.
thumb_down

ADrive offers a generous free trial for their customers. Their 60-day trial period is among the longest in the industry. Users need only register for a free trial, no billing information is needed. During the trial, all features are functional so users can get an idea of how the service works and if ADrive is a good fit for them. At the end of the trial, users are prompted to upgrade to a paid account and enter a credit or debit card as a payment method and to keep their files saved in the cloud. Users are also given an option to reduce their storage and start a free account. The free account allows users to have up to 50GB of storage, but there are several limitations which make the account less accessible and even less secure. Free accounts do not have the desktop app as a functional part of their service. Not only do users lose the ability to access, backup and sync files from their desktop, but all transmissions of files are not protected with an SSL encryption protocol. There is no encryption included for free account holders. The Review Team does not recommend the free account for these reasons.

ADrive keeps previous versions of files for 7 days before purging them from the server. While the company does include the ability to keep prior versions, unlike several other companies, the timeframe which the versions are available is shorter than many of ADrive's competitors which keep previous versions from 30 days to forever.

Users are able to use either their Android or iOS device to access or share their files. However, there have been several complaints about the quality and functionality of the apps. It is unusual that apps have not been updated since 2012, which can be a contributing factor to the poor quality of the apps. Most of the current reviews form the last several months on Google Play are 1-star reviews. ADrive's iOS is described by some as being "unusable." Users are not able to stream their music from the cloud to their mobile device or do much with their files from inside the mobile app, in spite of company claims that the apps allow users to do anything that they want with their files from the app. While most people expect and accept some sort of limitation with a free account, the limitations on ADrive's free account (not the trial) are extremely unusual. The removal of SSL encryption and desktop app functionality are features which are fairly necessary for users to effectively use ADrive.

ADrive does not disclose their SSL encryption as being either 128-bit or 256-bit SSL encryption. As such, the Review Team is somewhat limited in being able to rate ADrive specifically on their encryption. As mentioned elsewhere in this review, ADrive removes the option for SSL-encrypted file transmissions for their free account holders. As area which ADrive is competitive for their security features is the fact that the company stores user files in multiple servers, in multiple (undisclosed) geographic locations. This practice safeguards user files by keeping them in multiple locations.

ADrive does not support the free plan with any assistance other than the website's forum, wherein questions may be posed but will not be answered by anyone who is employed by the company. Otherwise, personal and business account holders may submit questions via an online form and wait for a response from the company. Prospective customers do not have an option to receive answers to their questions. Many companies in the industry struggle with sub-standard customer service, either in the quality of the service or limited access to company representatives. ADrive's customers frequently complain about their experiences with the company and their lack of friendly customer support.
gavel

While there are many positive features, the lack of company transparency, poor quality of the apps, and absence of customer support except via an email form combine to paint a picture of a company not worthy of one's business. The Review Team does not recommend ADrive for these reasons.
Was this content helpful?
thumb_up Yes thumb_down No
border_color Write a Review

ADrive has been a lifesaver for me and my data. I had used it to safeguard for online issues that may affect data or computer drives. That threat didn't happen, however my computer did fail and took all the data away. I could not access it anymore-permanently. Good thing that ADrive was backing up all my info. I simply replaced my computer and resumed as if nothing had happened. Great at any price but it was also very economical !