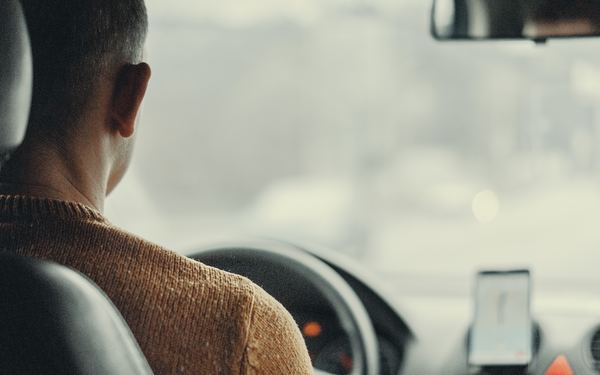 Well, not all of us. But enough to cause some waves. And if things continue, more than 40% of U.S. workers, roughly 60 million people, are expected to be independent workers by 2020, according to a recent Intuit study. Blame the rising cost of living. Blame wages for not keeping up with it. Blame our incessant desire to control our destinies. Blame the Internet for making it possible for people to work from wherever they want. Wherever you pin the blame, freelancing and contracting are only going to become more common. The real question now is, will all this freelancing and contracting hurt or help customers?

Perhaps one of the world's foremost users of freelancers and contractors is ride-sharing service Uber, which recruits an army of normal drivers to act as an alternative to taxis and other forms of public transportation. Recent lawsuits, however, have taken Uber to court over the question of whether their drivers are contractors or employees. Two separate lawsuits in California have concluded that, because Uber controls so much of how the driver does their business-from what kind of car they use to set prices to discouraging tips-their drivers should be considered employees. At the same time, numerous other lawsuits have produced the opposite result, that Uber drivers are contractors only. Which puts Uber at a crossroads.

If Uber has to treat its drivers as employees, their obligations to those drivers-their whole business model, in fact-change dramatically.

If Uber drivers are contractors, things stay as they are, with all the good and bad that entails.

These cases highlight the growing debate about which is better for companies and customers: freelancers or employees. When it comes to the companies we deal with, are you and I and other consumers like us better off with companies that employ large numbers of freelancers? Or will employees produce better products and services for our buck?

The multifaceted answers to these questions get at the very heart of the value freelancers and contractors can provide-and the disadvantages that come with them.

[Disclosure: I am a part-time freelance writer and have been for the last three years. I also oversee a team of freelance writers in my full-time job as a content marketing manager. No bias, either way, is foreseen, but I just thought you should know.]

Will employees cost you more?

Contractors and freelancers are almost always cheaper than full-time employees. You don't have to pay for health insurance, equipment, a desk for them to sit at, power, or team lunches. You usually don't have to pay them unless they're actually getting work done. And these savings can create huge advantages for companies.

In Uber's case, their whole business model, their very profitability, is based on their drivers being contractors and not employees. If their drivers suddenly became full-time employees, the results could be catastrophic, says Andrew Nusca of Fortune:

"Uber would have to pay taxes for hundreds of thousands of new employees (and make various new considerations: benefits, unemployment, and so forth) at a time when it is believed to be deeply unprofitable in its quest for growth."

Up to this point, Uber has been killing taxi companies and other public transportation providers. A recent study found that while taxi use by business users had declined from 52% to 32% in just the last year, use of Uber went from 9% to 29%. One of the main drivers of this growth has been Uber's ability to offer lower fares than taxis.

But what if Uber were suddenly forced to pay for the expenses for their drivers? It wouldn't be long before those costs were passed on to customers. Those low fares wouldn't be so low anymore. A change of this magnitude to Uber's fares would break its chokehold on taxis and other ride providers.

Unfortunately, when companies go with full-time employees instead of freelancers, at some point, customers end up paying for it. Employees just cost more. Of course, that isn't to say that the extra costs aren't worth it.

Who delivers better products and services?

Many business leaders will argue that it takes full-time employees to build truly great companies. With full-time employees, you can build culture, unity, and devotion that you just can't get from contractors and freelancers. And this feeds directly into better products and services. On this subject, one COO has said:

It stands to reason that having employees who are on site should be better for a number of reasons, but every office has examples to the contrary. Employees who deliberately limit their workloads and spend the afternoon watching cat videos. Employees who pin their shortcomings on other team members. Employees who talk the talk with little actual achievement.

Freelance and contractor work, on the other hand, makes this kind of mediocrity much less likely. Uber drivers, for instance, are forced to provide real value to riders or be penalized by Uber's system, where drivers are rated by passengers after each ride and drivers are downgraded if their scores fall.

Does this provide more incentive for constant improvement and mindfulness of customer service than you might find with a full-time employee who is comfortable in his or her job security? Most likely. Anyone who can't adapt and improve fast enough will quickly fall out of a company's freelance pool.

As a freelancer, this aspect of my work keeps me motivated to produce high-quality work. I know that the minute I stop demonstrating my value, my clients can go with another service. There are no afternoons of cat videos, just the delivery of finished products that meet the high standards I've committed to.

As someone who regularly hires freelancers, on the other hand, I can say that freelancers don't always share this same perspective. Whether because of lack of skill, because they become disengaged, or because they just lack the ability to take feedback and respond appropriately, some of my freelancers fall short.

Similarly, there are certainly times when Uber's drivers fall short. Search 'Uber horror stories' and you get a page of tales involving epithets, kidnapping, battery, stalking, sexual harassment, and even rape. For sure, freelancing isn't a silver bullet when it comes to quality, but freelancers and contractors are easier to fire when things go bad.

And then there's the flexibility...

You know all those popular taglines about being your own boss and working in your pajamas? They speak to the flexibility that comes with the freelancer/contractor arrangement.

This flexibility can be a problem.

When you take on a new freelancer or contractor, they know nothing about your product, processes, or culture. So you put in lots of time to get him up to speed, similar to what you would put into onboarding a new employee. Then, after making this investment, he-and all the assets he brings to the table-can leave at any moment. It's not easy watching all that human capital that you've invested in just walk out the door, especially since you're now right back where you started, onboarding a new freelancer. Sometimes right in the middle of your busy season.

I'm not saying this doesn't happen with full-time employees. Nowadays, with average employee tenures shorter than ever, it's likely more common than ever. But it's still far more common with contractors and freelancers.

But this same transiency can also be a benefit to cost-conscious teams faced with inconsistent demand. With freelancers, you pay only for services that you actually use. You usually never find yourself paying someone for just sitting there, waiting for work to do. (I say 'usually' because I once heard of a government contractor who received $150,000 per year to work from home, but never received any assignments, despite the contractor's best efforts to bring the problem to his client's attention.)

Can you get this flexibility with employees? Yes, but it's not an inherent part of the arrangement. Employees, especially salaried ones, are more likely to stay within their primary job duties and not question lulls in their workloads.

Freelancers and Contractors or Employees?

Perhaps, then, this comparison is a draw. On a project-by-project basis, freelancers are highly incentivized to deliver superior results-although, not all will deliver-but it's difficult to build consistent quality and delivery with a team of freelancers. Conversely, employees are much easier to build into a unified, consistent team, but their incentives to go above and beyond are less.

In the future, Uber might not have the luxury of choosing whether their drivers are deemed contractors or employees, but most companies will continue to be able to choose. In truth, the best companies out there use a combination of freelancers, contractors, and employees to get the benefits of all.

So do Uber's contractors make it a better company for customers? Visit our Uber reviews page to find out! 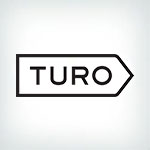 Sign up below to receive a monthly newsletter containing relevant news, resources and expert tips on Car Sharing and other products and services.