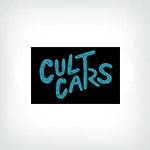 Cult Cars was founded in 2018 by Ilan Brown, a self-described car-a-holic. Having bought and sold numerous cult cars, he was constantly discouraged at how frustrating the process had become and wanted to provide a hassle-free way to connect cars of interest with the next owner. The result was Cult Cars. 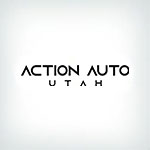 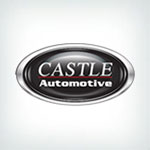 One thing that truly makes Cult Cars unique is its selection of vehicles. While some may think that cult cars are simply older vehicles, that's not all. Listed below are the features that make cult cars so exclusive.

Insurance companies and state departments of motor vehicles generally view collector cars as being at least 15 years old. Some cult cars are brand new while others vary in age

Defined by the limited quantities in which they are produced, collector cars may also represent limited production models, but it is not a defining characteristic
Cult cars, unlike collector cars, don't necessarily appreciate in value. Just because something is rare doesn't necessarily make it more valuable

Anyone who would like to test drive one of Cult Cars' vehicles can contact the company to set up an appointment.

Drivers will need to bring their driver's license with them and, in some cases, proof of funds. This can be a current bank statement or a letter of creditworthiness from a financial institution.

Drivers can test drive as many cars as they would like; however, the company suggests scheduling the drives online to ensure the vehicle will be available.

If you need to cancel your appointment, call or cancel online before 8:00 a.m. on the day you're scheduled to drive. Although the test drive is free, if you don't show up to your appointment, you'll be charged a $35 no-show fee.

If you're running late, you have a 10-minute grace period before you're considered a no-show.

Put a Deposit Down

Car enthusiasts who want to buy a car but don't have the money upfront can put a deposit down to hold a vehicle for a later date. Deposits are non-refundable and Cult Cars recommends speaking with a sales associate for more details.

Cult Cars works with an extensive network of overseas collectors to locate the best European vehicles (that are 25 years or older).

If you're interested in a specific vehicle and it's not available on Cult Cars' website, contact the company and request a VIN check to see if it's eligible for importation.

Cult Cars is only open on Mondays, Fridays, Saturdays, and Sundays. Plus, Sundays are only available to those selling a car.

While it's not the worst offense, it does limit the number of potential clients.

Unfortunately, Cult Cars doesn't offer any financing options. And there is no mention if this is in Cult Cars future plans.

Those interested in buying, selling, or importing a cult car, should definitely look into Cult Cars services. Cult Cars is a licensed and bonded Colorado Auto dealer that specializes in specialty models and modified vehicles. Although the company is young and doesn't offer any financing solutions, Cult Cars caters to an extremely niche market.

Automotive enthusiasts can test drive any car (for free) and put a deposit down on their favorite model. Overall, if you're into cult cars, we recommend this company; however, if you’re looking for a standard commuting vehicle, this may not be the right company for you.

Value for your money
Quality of product or service
Customer service
Company trustworthiness
search cancel

Be the first to leave a review.