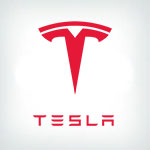 Named for inventor Nikola Tesla, this is a tech company first and an automaker second. The first Tesla model, wich was released in 2006 and called the Roadster, could go 244 miles on a single charge and accelerate from 0-60 in 3.7 seconds.

Tesla’s wider production models are the Model S sedan and Model X SUV. The newest option, the Model 3, is meant to target a broader audience with a starting price of $35,000. All three models are still considered to be in the luxury car market. 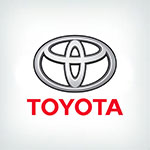 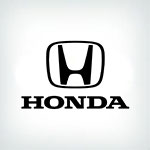 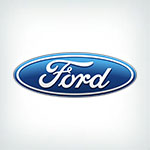 Tesla’s sole focus is manufacturing sustainable energy products, even when it comes to cars, and its goal fits into that mold. The company does't offer hybrids—only plug-in, fully electric cars.

As an all-electric vehicle company, users have to think ahead about charging cars. Tesla even offers solar roofing and Powerwall batteries to get for your home and help with powering your car.

Drivers can use EV charging stations; however, Tesla Supercharger stations are optimized to charge faster than regular stations.

Tesla cars crash tested by the US NHTSA have received 5 stars across the board, on all options: front, side, and rollover. This is rather rare for a company.

All three models have the hardware needed for self-driving. The Enhanced Autopilot will:

According to Tesla, these autonomous driving features can help you to drive twice as safe as the average human.

While your car includes the hardware, it will be subject to a software update and validation before you use these features.

If you are the kind of shopper who needs to test drive before purchasing a car, you will likely have a difficult time doing so. There just aren’t as many Tesla stores as there are dealerships for more traditional or longstanding car brands.

For the time being, Tesla dealerships are only located in major cities across the US. However, if you are going to be traveling near a store, or you want to make a trip to see one, you can schedule a test drive online if you wish.

Getting your hands on a brand new Tesla is a whole different experience. You can’t just buy a Tesla and drive it away today. The company’s business model and shopping model is different. It uses a waiting list system for currently in-production models.

If you order a base Model 3, you are likely to have to wait several months, as higher-priced models are being produced and delivered first.

However, if you do order your car in advance, then you wish to cancel or return, you can return it within three days of delivery if it hasn’t been driven.

This electric car maker/tech company and its founder, Elon Musk, are two of the most over-exposed and polarizing topics of conversation in the auto industry.

With that being said, here is what we do know: Tesla is making an effort to make sustainable vehicles mainstream and offers the more affordable Tesla Model 3 at a base price tag $35,000. This forward-thinking company makes cars that are capable of incredible safety and autopilot features, even before they are able to be legally used in all jurisdictions.

The technology speaks for itself. Amazing and next level engineering. However, I have been in a situation where I had to trade in my Tesla model X for another car due to the inconvenience of finding plug ins.

I rented a Tesla for a weekend and let me tell you. That is a beautiful car. The craftsmanship of the interior blew me away. The technology that is shoved into that car is amazing.

Tesla is definitely the new “it” car. It has state of the art, high technology that can’t be found in any other car. Yes, it is expensive but it is worth it in the end. My tesla also has amazing mileage.

I would have never bought an electric car before Tesla because they looked different and not at cool. When Tesla came out with their good looking cars, I jumped at the chance to buy one. I have no regretted it. It runs so smoothly and helps save the environment.

A special car brand that uses electricity instead of gas. It looks great and it has comfortable seats.

These cars make rides extremely enjoyable and are very comfortable. I would highly recommend them.

Tesla's are super cool. With hidden door handles and state of the art interiors, Teslas drive smoothly and save lots of money on emissions and fuel.

I've only been in a tesla a few times, but this is the perfect blend of luxury and quality driving. The car feels safe and futuristic, even just as a passenger.

The quality of these cars are off the charts, they don't have lots of problems and have a very well working engine. Some of my favorite cars.

The tesla my family has is by far the best car we have ever owned. It is powerful, fast, and very nice inside all while being an electric car that is great for the environment!

Okay, so probably contrary to popular belief, I didn't love this car. Yes the acceleration was amazing, and the automatic doors are awesome, but if you're not sitting in the driver or passenger seat, there is no space. The captain chairs aren't terrible, but every time we stopped and parked, the drivers seat would scoot back and I would no longer have any leg room. However, if you are in the drivers seat, than yes, this car is absolutely amazing and fuel efficient, and such a smooth ride!

We have loved our new Tesla. So fun to drive. very comfortable and enjoyable. We use our Tesla as our "around town" car. we have done a few long trips but it is still a bit of a hassle and definitely takes longer because of charging.

Expensive but worth the cost in the end. Love that the car can update the way an iPhone would. Love that I don’t have to pay for gas because it is electric. Car accelerates very fast.

They are very efficient and car doesn't require any maintenance Tesla technicians inspect it once a year.

Product quality is about 9 out of 10, with most issues being software-based and therefore correctable remotely. Service quality is excellent with response times much better than other brands I have owned, foreign and domestic. If quality and service continue to improve as they have, media will need to also improve their reporting on those items.

Phenomenal car. Amazing attention to detail. Is more capable than any other comparable car.

We currently have a lease agreement with Solar City, which is now Tesla Solar. We loved our solar panels on our house we bought a few years ago, because we didn't have to put the solar panels in, they were already there when we bought it. We just had to take over the lease from the old owners. The solar panels saved us about 30% off our monthly bill. These were great savings, and we didn't have any problems with Solar City, until we moved... They told us at first that we could take the panels with us to our new home and it would be a flat fee of $495 for them to come get them and move them to our new home, then another flat fee of $495 for them to set them up on the new house. Then when we tried to get them to come do it, they kept changing the price. Pretty soon, they were saying it was going to be more like $7,000 to move them, and they also said the new house wasn't going to be able to have as many panels so they would prefer we leave them at the old one. The buyers didn't want them--so we had to hire someone to come take the panels off the house and fix the roof--which cost us $5,000, and we still have the panels sitting in our back yard at the new house waiting for someone to get back to us. Needless to say, it has been a nightmare. I'm not sure if we'll ever be able to recoup the cost, and we still have years left on the lease with Solar City--even though they won't send anyone out to put the panels onto our new house. I loved the savings the solar panels offered, but feel like their customer service is CRAP. I thought when Tesla took over the company, they would clean it up--but it hasn't happened quickly enough, and things don't look great for this company.